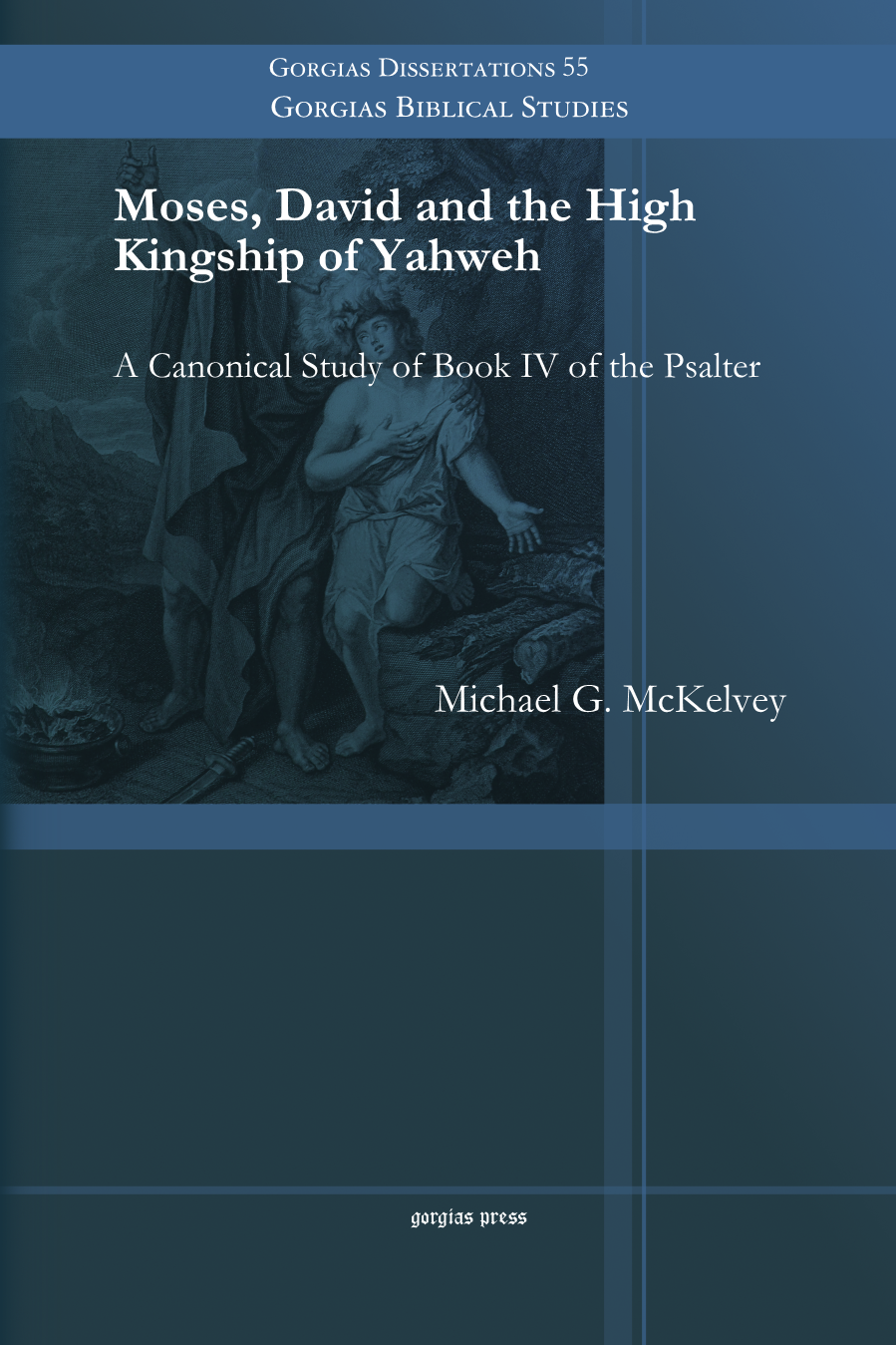 McKelvey, Michael G. Moses, David and the High Kingship of Yahweh: A Canonical Study of Book IV of the Psalter. Piscataway, NJ: Gorgias, 2014, pp. 358, $50, paperback. Michael G. McKelvey is an assistant professor of Old Testament at the Reformed Theological Seminary (RTS) in Jackson, Mississippi. He received his M.Div from RTS (2005) while receiving his Ph.D from the University of Aberdeen in Scotland (2008). McKelvey is also an ordained Presbyterian minister and has served as a pastor for numerous years in various locations.  As such, almost all of McKelvey’s publications are written in a style that bridges the academic with the ecclesiastical [see, for example, “Ecclesiastes” in A Biblical-Theological Introduction to the Old Testament: The Gospel Promised (2016) and “The Table of the Showbread” in Table Talk (2017)]. Moses, David, and the High Kingship of Yahweh is the publication of McKelvey’s doctoral dissertation. Within this work, McKelvey seeks to evaluate the nature of three literary figures—Moses, David, and King Yahweh—within the context of Book IV of the Psalter (Pss 90–106). This analysis follows a canonical approach to reading the Psalter. In McKelvey’s utilization of this approach, he has been primarily influenced by the work of Gerald Wilson (The Editing… 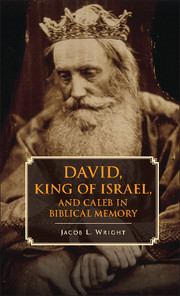 Wright, Jacob L. David, King of Israel, and Caleb in Biblical Memory. New York, NY: Cambridge University Press, 2014, pp. 271, $29.99, paperback. Jacob L. Wright teaches Hebrew Bible and Jewish studies at Emory University. He has also conducted research on war commemoration. Wright proposes a fascinating thesis, namely that a major influence on the evolution of the Hebrew Bible was what he terms ‘war commemoration’. He argues that this phenomenon can be found in many cultures, both ancient and modern, and is used to serve a number of distinct purposes. In particular, the way in which key protagonists in a battle are remembered will shape both the cultural attitude towards those individuals, and the extent to which their descendants are viewed as worthy members of the community. David and Caleb are identified as prime examples of these warriors. Wright subscribes to a form of the supplementary hypothesis (the current form of the biblical text stems from an original base text which was then supplemented by subsequent texts in successive stages), and suggests that at different stages in the development of the Hebrew Bible the authors/editors had differing agendas and used ‘war commemoration’ to serve the contemporary need. This accounts… 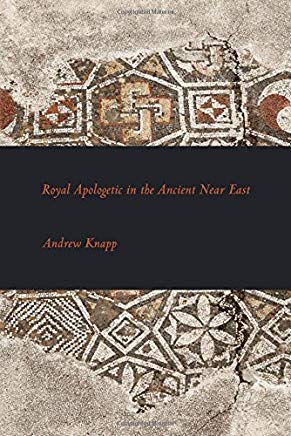 Knapp, Andrew. Royal Apologetic in the Ancient Near East. Atlanta, GA: SBL Press, 2015, pp. 419, $59.95, paperback. Andrew Knapp’s work Royal Apologetic in the Ancient Near East, grew out of his 2012 Johns Hopkins dissertation. Knapp currently serves as development editor at William B. Eerdmans Publishing Company. Knapp’s primary goal is to determine how apologetic functioned in the ancient Near Eastern (ANE) royal literature, then to analyze texts he understands as exhibiting traits of “royal apologies.” The work is organized into 10 chapters. Chapters 1–2 define royal apologetic in the ANE and presents a methodology for analyzing these texts. Chapters 3–9 analyze various ANE royal texts in light of the work in chapters 1–2. Chapter 10 serves as a conclusion summarizing the information gleaned from the seven texts analyzed in the work. Knapp begins his work by defining apologetic literature based on rhetorical studies of apologetic material. He demonstrates that the field of ANE studies tends to define apologetic literature as a literary genre based on a definition of apology borrowed from Greek classical studies. Knapp argues that ANE apologetic is a literary mode rather than a literary genre (pp. 31–42). Based on his evaluation of apologetic as a… 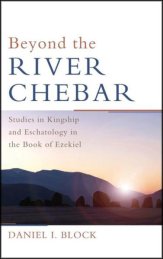 Block, Daniel I. Beyond the River Chebar: Studies in Kingship and Eschatology in the Book of Ezekiel. Eugene, OR: Cascade, 2013, pp. 238, $30, paperback.   Daniel Block is a familiar name in Ezekiel scholarship, having written the substantial two-volume NICOT commentary on Ezekiel (1997–1998). Block also collaborated in editing Jacob Milgrom’s posthumous publication Ezekiel’s Hope: A Commentary on Ezekiel 38–48 (2012). In addition to his studies on Ezekiel, Block has produced commentaries on Ruth (ZECOT, 2015), Obadiah (HMS, 2013), and Deuteronomy (NIVAC, 2012) and served as a senior translator for the revised edition of the New Living Translation of the Bible. Currently, Block serves as Gunther H. Knoedler Professor of Old Testament at Wheaton College in Illinois. Beyond the River Chebar, with its predecessor By the River Chebar, is a collection of articles and papers Block has presented over the years. The first volume focuses on historical, literary, and theological aspects of Ezekiel, while the current volume gives attention to issues of kingship and eschatology. Block is forthright that his ideological stance is Christian and his hermeneutical perspective is primarily grammatical-historical. Thus, he gives significant attention to the historical and cultural context from which the book of Ezekiel arose…. 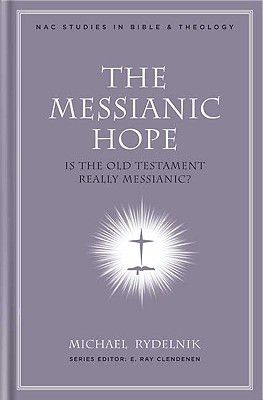 Rydelnik, Michael. The Messianic Hope: Is the Old Testament Really Messianic? Nashville, TN: B & H Academic, 2010, pp. 206, $19.99, hardcover. Born in a traditional Jewish home, Michael Rydelnik became a believer in Jesus after listening to the witness of his mother. Her faith in Christ led Rydelnik’s father to divorce her and as a consequence Rydelnik decided to study “the messianic prophecies of the Hebrew Bible” in order to prove his mother “wrong in attributing their fulfillment to Jesus of Nazareth” (p. 12). As time went on, Rydelnik also put his “trust in Jesus as Messiah and Lord” and became convinced that it is “essential to understand the Hebrew Bible as messianic.” (p. 12). As such, Rydelnik’s life experiences makes The Messianic Hope all the more compelling for evangelical circles. Given the modern consensus to “reject the idea that the Hebrew Bible has specific predictions of the Messiah” (p. 1), Rydelnik’s purpose in writing The Messianic Hope is to call evangelical scholars to “rethink this trend” since direct messianic prophecy “is the foundational element for identifying Jesus as the true Messiah” (p. 190). Rydelnik begins his first chapter with tracing the trend away from viewing the Hebrew Bible as messianic…. 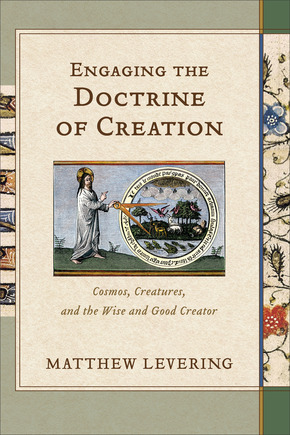 Levering, Matthew. Engaging the Doctrine of Creation: Cosmos, Creatures, and the Wise and Good Creator. Grand Rapids, MI: Baker Academic, 2017, 372, $44.99, hardcover. Matthew Levering is one of the most prominent contemporary Roman Catholic systematic theologians, the author or editor of many books on topics ranging from Mary to predestination. Readers of this journal will appreciate his ecumenical posture with evangelicals: he is a member of Evangelicals and Catholics Together and is noted for his constructive engagement with evangelical thought. He currently holds an endowed chair at Mundelein Seminary. This book is the third in Levering’s series on topics in systematic theology (following books on revelation and the Holy Spirit). Levering starts by considering God as the creator with chapters on the divine ideas and on divine simplicity; more on those later. Levering then considers creation itself, arguing that the unnecessary diversity of creation—such as vast numbers of extinct species and regions of empty space—are not evidence against God’s goodness. These are followed by chapters defending a substantivist view of the imago dei, the command to be fruitful and multiply in light of contemporary environmental concerns, a historic Fall, and a broadly retributive atonement theory. In each chapter Levering… 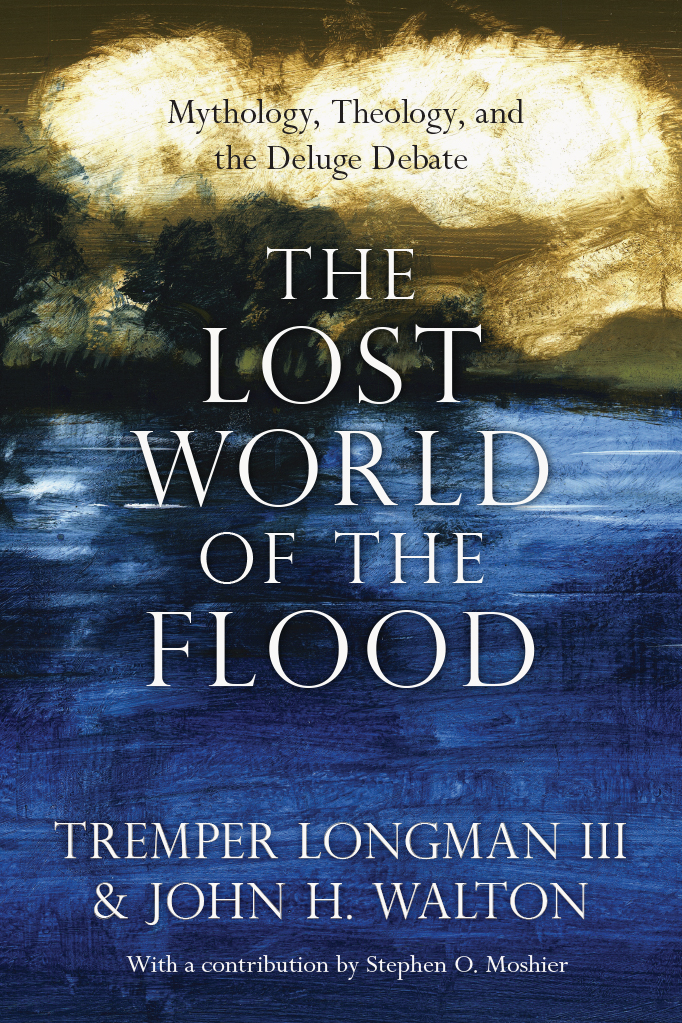 Longman, Tremper, III and John H. Walton. The Lost World of the Flood: Mythology, Theology, and the Deluge Debate. Downers Grove, Ill.: IVP Academic, 2018, pp. 192, $18.00, paperback. Tremper Longman and John Walton have served as professors of Old Testament and separately published books on Old Testament topics as well as commentaries on several biblical books. The Lost World of the Flood is the second book they have published together, having co-authored How to Read Job in 2015 (IVP Academic). This book is the fifth of IVP Academic’s “The Lost World” series, all of which are either authored or co-authored by Walton. The chapters of this work are a series of seventeen propositions, a format which has been consistent throughout the Lost World series. The main benefit of the chapter titles being full-sentence proposition statements is that the reader can gain an understanding of the whole book simply by reading the table of contents. The risk involved in such an approach is that some readers may react to a proposition that they find to be provocative by dismissing the book without letting the authors explain their position. The propositions step through a logical progression, and each chapter builds on… 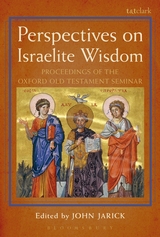 Jarick, John, ed. Perspectives on Israelite Wisdom: Proceedings of the Oxford Old Testament Seminar. Library of Hebrew Bible/Old Testament Studies. London: Bloomsbury T&T Clark, 2016, pp 520, $128, hardback. Proceedings of the Oxford Old Testament Seminar focuses on ‘Perspectives on Israelite Wisdom,’ and covers broad issues in the wisdom tradition and corpus.  The volume has no overarching thesis, hermeneutic, or methodology, but provides essays from diverse theological perspectives.  After an introduction by John Jarick, the book divides into three sections.  The first section covers ‘Issues in the Study of Israelite Wisdom.’  Stuart Weeks evaluates the watershed article by W. Zimmerli ‘The Place and Limits of Wisdom’ and finds his conclusions wanting.  John Barton writes on four different issues on ethics in the Old Testament but unfortunately covers each briefly with no conclusion or synthesis.  Jenni Williams employs Samuel and Proverbs to illustrate women’s relationship to wisdom.  Aulikki Nahkola offers a paremiological study of Proverbs to understand the worldview of Israel.  Will Kynes ends the first section with a fundamental critique of wisdom literature. The second section covers ‘The Wisdom Corpus of the Hebrew Bible’ with two essays on Proverbs, two on Job, and three on Ecclesiastes.  In the first essay on… 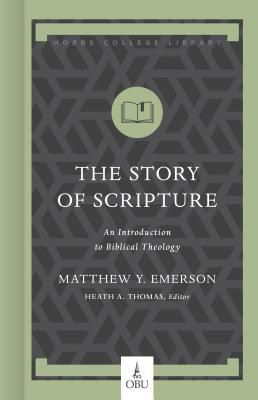 Emerson, Matthew Y. The Story of Scripture: An Introduction to Biblical Theology. Nashville, TN: B&H Academic, 2017, $19.99, hardcover. Matthew Emerson (Ph.D. Southeastern Baptist Theological Seminary) is associate professor of religion and holds the Dickinson Chair of Religion at Oklahoma Baptist University in Shawnee, Oklahoma. Emerson’s work in this volume is a part of the Hobbs College Library Collection at Oklahoma Baptist University which promises to offer additional volumes in the areas of Bible, theology, and Christian ministry. In under one hundred pages, Emerson captures the essence of biblical theology for those training for Christian ministry. Consisting of six succinct chapters, the book begins with a helpful introduction to the discipline of biblical theology in its historical and academic background. Anyone new to this field will appreciate Emerson’s overview and clarity. Following an evaluation of Johannes Gabler’s contribution to the discipline, Emerson explains three primary schools or approaches: the Dallas School which focuses attention on the Israel/Church relationship; the Chicago School which seeks to understand how any given text fits within the overall biblical narrative; the Philadelphia School which asks similar questions of the previous approaches, but also investigates aspects of literary context. Emerson then moves beyond these helpful categories… 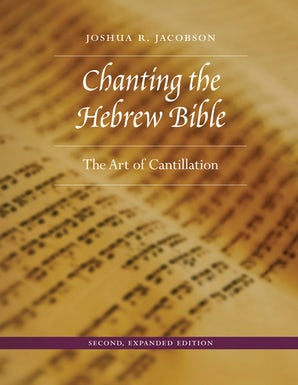 Jacobson, Joshua R. Chanting the Hebrew Bible: The Art of Cantillation. 2nd ed. Philadelphia: Jewish Publication Society, 2017, pp. xxx + 844, $90.00, hardback or eBook (PDF). “Don’t be attracted to any interpretation that conflicts with the punctuation of the te‘amim; don’t even listen to it!” (Rabbi Abraham Ibn Ezra, p. 23). Whether or not you agree with Ibn Ezra’s claim, the sad reality must be faced: most students of biblical Hebrew cannot even read the te‘amim [accents] so as to discern their meaning. Joshua Jacobson presents a monumental work to remedy this situation. Now expanded into a second edition, Chanting the Hebrew Bible introduces readers to the Masoretic accent system and guides them all the way up to “the art of cantillation.” Jacobson (D.M.), professor of music and director of choral activities at Northeastern University, teaches and conducts around the world. He had published hundreds of compositions, arrangements, and articles. His background in Jewish literature, musical performance, and experience as a cantor instructor allows him to produce such an encyclopedic guide. Chanting the Hebrew Bible provides readers with a tool to learn interpreting, reading, and singing the Hebrew Bible according to the Masoretic tradition. Jacobson divides this massive volume…