Idolatry: A Rhetorical-Critical Analysis of Deuteronomy 4:15–16, 23 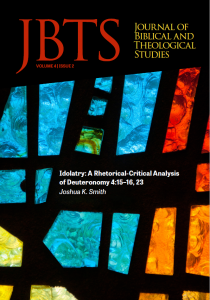 The biblical injunction against פסל (“graven images”) in the rhetoric of Deuteronomy 4 serves as a foundational text in framing the central idea of the second commandment for a further intertextual study of idolatry in the Scriptures. Exodus 20:4 provides a prohibition against idolatry; Deuteronomy 4 provides the theological rationale for such a prohibition. The formless image juxtaposed to the auditory revelation of the LORD
at Horeb posits concern for fidelity to the covenant as Israel encounters Canaanite cultures whose static representations of deities were prevalent and authoritative. The polemics in the Bible against idolatry are rooted in two primary concerns: (1) fidelity to the covenant made at Horeb, and (2) the substitution and worship of creation instead of the Creator. In order to examine the nature and meaning of idolatry in Deuteronomy 4:15-16, 23, this study will employ a rhetorical-critical analysis of the specific framing structures, literary patterns, discourse, and logic in the text. 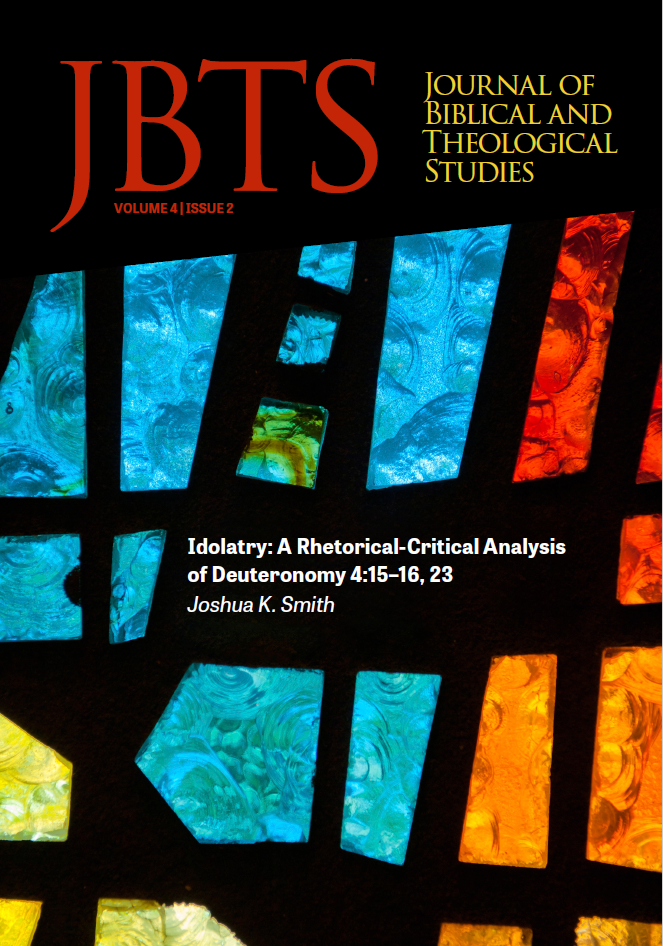