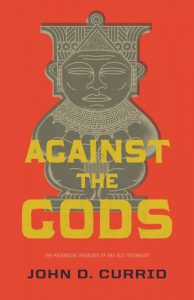 John D. Currid (PH,D., University of Chicago, is the Carl McMurray Professor of Old Testament at Reformed Theological Seminary in Charlotte, NC.  He lectures worldwide on biblical and archaeological topics. He serves as Pastor of Teaching and Preaching at Sovereign Grace Church (PCA) in Charlotte. He has authored many books and journal articles.

The book is divided into 11 chapters:

There is a basic framework to chapters 3-11. Currid identifies significant differences between the Ancient Near Eastern literature (ANE) and the Old Testament (OT). The differences are more momentous than the similarities.  Three major differences that are emphasized are: 1. ANE is legendary myth while the OT claims to be historical accounts, 2. ANE is based on polytheism while the OT purports monotheism, 3. ANE was understood as saga while the OT engaged mankind within a historical and cultural context.

Currid demonstrates that ANE provided support for the gods while the OT was a polemic against the ANE gods. The OT did not adapt or adopt ANE but rather engaged it for the purpose of refuting and discrediting ANE theology by revealing the true God of the OT.

There is nothing that is particularly ground breaking in the book, nor does the book make such a claim.  Currid states: “The study is meant to be exemplary and not exhaustive” (prologue).  AG is intended to provide for the layperson a rudimentary understanding of the relationship and questions between ANE and OT literatures. Even though the book is written for the layperson, a seminarian could benefit as it is a good introduction and survey of some of the more frequently identified parallels between the ANE and OT. Chapter 1 is an excellent survey of development of this discipline since 1798. The reader should keep in mind that all of this literature addresses timeless questions and circumstances that would be explored by any society or culture.  It should be expected that such queries would be deliberated throughout history. 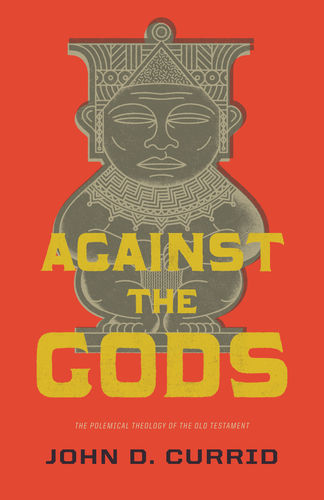