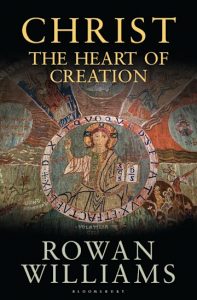 A former Archbishop of Canterbury and recently retired as Master of Magdalene College, Cambridge, Rowan Williams has long been an influential leader in both church and academy. Christ the Heart of Creation builds upon a lecture series given at Cambridge in 2016, although Williams’s work on Christology—especially on patristic and mediaeval interpretations of Christ—stretches back to the earliest years of his academic career in the 1970s (p. ix). Few others could have produced a book as erudite yet elastic. The reader will quickly recognise Christ the Heart of Creation as the product of nearly five decades’ dedicated scholarly research and ecumenical work, a daring and difficult attempt to trace a specific Christological and metaphysical golden thread running through theological writers diverse as Maximus and Aquinas, Calvin and Bonhoeffer.

So, what exactly does Williams want us to know? An early answer comes from the (quietly Johannine) title, that Jesus Christ is the living core of all things under God. The who of Christ can tell us much about the how of the cosmos. Williams’s task is thus: to draw out the mutuality between the doctrines of Christology and creation and consider what implications this has for how we think about our relationship with God. Williams begins with the underappreciated Anglican theologian and philosopher Austin Farrer—who in 1948 gave an important lecture series on the imagination, later published as The Glass of Vision—as a reliable guide to point us through some deep metaphysical thickets without losing sight of the person of Christ. It is Farrer who indicates the way Williams must take through his questioning of the ‘finite/infinite distinction’ (p. 6) as it relates to divine and human agency. How is it that God may act sovereignly in his creation through free human agents? For Williams, the critical point to observe is the (asymmetrical) causal continuity between infinite and finite agents. ‘Infinite agency’ cannot be ‘excluded’ by any finite act in the same way that an act of Peter is thus not an act of Paul, lest the infinite be made a mere ‘thing’ alongside another such ‘thing’ (p. 4). Williams is after an understanding of finite and infinite agency that preserves both the integrity of createdness and God’s creative, sustaining, and redemptive power. Here a revelatory act is less an interruption of the finite than ‘a particular configuration of finite agency such that it communicates more than its own immanent content’ (p. 5). In very broad terms, Williams’s claim is that historical Christological doctrine helps Christians realise that natural and supernatural are not two distinct spheres held in opposition.

The book is comprised of two parts. The first covers the development of classical Christology, from Augustine to Aquinas, without forgetting the major Byzantines along the way. Williams conducts a tour of the Church’s earliest centuries that is measured, profound, and a little bit dizzying. Thomas in particular is singled out as the great synthesiser of preceding tradition. Like Farrer, Thomas assiduously wants to avoid disjoining natural from supernatural, and Williams stakes much of his argument on the Angelic Doctor’s grand vision of Jesus of Nazareth, Son of God, second person of the Trinity, as a single esse (pp. 12-26). The book’s second part shifts its focus to consider the contributions of the magisterial reformers and their descendants. Williams makes clear that Luther’s somewhat idiosyncratic vision of Christ is surpassed by the more careful work of Calvin (Williams suggesting—not unlike Julie Canlis—that Calvin is not out of step with the patristic inheritance [p. 166]), before working up to the complex Christologies of biblically and doctrinally astute twentieth-century figures like Barth and Bonhoeffer and, in the conclusion, Erich Przywara. There is no excess in a book this slender, and every theologian is included for good reason; Williams’s ressourcement of the classic theological claim that the finite is only by the infinite is solidly rooted in the Church’s common witness that Christ is man and God. Ultimately all of these thinkers help Williams affirm the holiest ‘paradox’ of Christological tradition: ‘only the creator can fully exhibit what it means to be a creature’ (p. 239).

Particularly encouraging is Williams’s prolonged and very positive interaction with Bonhoeffer’s Christology. While deservedly well-known for his courageous ethical and political witness in Nazi Germany, Bonhoeffer was also a superlative academic theologian and it is a delight to see Williams’s bring the German pastor into constructive dialogue with confreres both contemporary and historical. Williams puts Bonhoeffer very close to Farrer and Aquinas in his articulating a Christocentric finite-infinite relationship, refusing, like them, ‘to see the integrity of the finite somehow disrupted or diminished by the infinite’ (p. 194). Throughout his analysis, Williams rightly emphasizes Bonhoeffer’s uncompromising Chalcedonianism, that is, how Christ is for Bonhoeffer the unique embodiment and possibility of the ‘non-competitive relation of Creator and creature’ (p. 216). The choice for Bonhoeffer as his modern example of the theological position Williams had earlier referred to as ‘mutual illumination that connects Christology with the doctrine of creation’ (p. xiii) is inspired, for it helps cast a much broader ecclesial light on Bonhoeffer’s early “sociology of the Church” (from Sanctorum Communio, his dissertation) and how this thoroughly incarnational approach had developed by the time of his execution in 1945.

Somewhat less inspiring is the book’s relative lack of discussion on theologies of creation as such, which, while somewhat beside the point Williams is trying to make, are today increasingly important. Given that Williams is an active supporter of greater ecological responsibility, some reflection on the specifically ecological implications of his Christological theses would have been a relevant and welcome expansion and would no doubt have helped to advance ongoing conversations within this popular sub-discipline. Furthermore, Williams is not famous as a biblical scholar, and his introductory discussion of the New Testament will be all-too-brief for some.

In sum, Christ the Heart of Creation is a characteristic achievement of scholarship that, in its subtly ecumenical outlook, takes Paul’s insistence on the one-ness of the Church as Christ’s body (Rom. 12:5; 1 Cor. 12:12, 20) with the utmost seriousness. Caveat lector: this is an advanced, densely argued book, quite different from the author’s more popular-level books (although no less impactful). The reader should pay attention to Williams’s balancing of biblical reference with careful theological and philosophical reflection; although far from being a Thomist work per se, Aquinas is more than just another historical source for Williams, and acknowledging this will better position the reader to appreciate some of the moves made by Williams. His efforts will be of most help to graduate students and ministers looking to expand upon an existing knowledge of creedal Christology and/or historical theology. In reference to his contemporaries, Williams’s rhetoric is probably more accessible than, say, that of David Bentley Hart or John Milbank, but his concern for an intelligent Christianity that can still preach to the world beyond the sanctuary is no less rigorous or relevant than anything found in these similarly philosophical theologians. Like Bonhoeffer before him, Williams wants to explicate who Jesus Christ is for us today, a task he carries out with commensurate knowledge and skill. 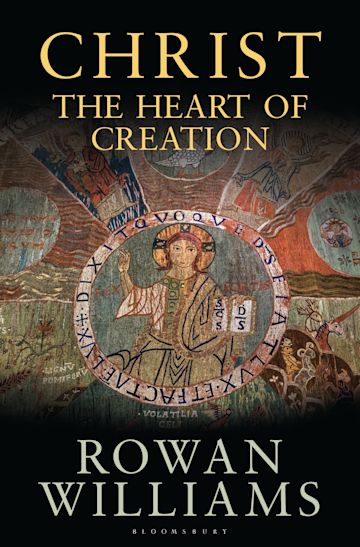