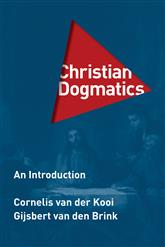 In this wonderfully rich one-volume introduction to Christian theology, two seasoned full professors who work in a wide-array of traditional and interdisciplinary specialties at Vrije Universiteit Amsterdam have come together to offer an up-to-date entry-level textbook to the field that is, for the most part, both appropriately thorough and lucidly accessible. I say “for the most part” because there are several places in which, with regard to content, more should have been said or covered, and there are a few instances in which the syntax could have been more clear (e.g., when referents like “the latter” and “the former” have been used in a somewhat confusing manner). While the English edition at hand (2017) is at times more current than the critically-acclaimed Dutch original (2012) with regard to certain discussions and especially their associated bibliographic materials, the authors’ editorial decision to rely less upon “sources that are available only in Dutch” for the present translated version is somewhat unfortunate as there are certainly some who would have benefited from such quotations and citations perhaps being included in footnotes (cf. pp. vii-viii). This very minor scruple aside, the volume as a whole more than handsomely succeeds in its aim of providing, in broad brush stroke, “a contemporary account of the faith” (p. xii) through its critical description and constructive weighing of historic and contemporary theological options. Along such lines, the book serves, in both intention and effect, as a very good starting point for further deliberation and discussion.

Such a thematic ordering suggests the heavy influence of twentieth-century impulses within Protestant theology. This can be most clearly discerned from the authors’ prioritizing of the doctrine of the Trinity (ch. 3), not only as being placed before other aspects and attributes of the doctrine of God (ch. 4; cf. p. 113), but also as being discussed prior to the doctrines of revelation (ch. 5) and scripture (ch. 13)—two loci which, different from more traditionally conservative systematic theologies, have here been separated from each other (by eight whole chapters) as well as from the overall discussion surrounding prolegomena (chs. 1-2). In this regard, the relocation of the doctrine of scripture so that it directly follows and thus explicitly flows from pneumatology (ch. 12) is a move reminiscent of Stanley J. Grenz’s Theology for the Community of God (1994; reprint, 2000). Insofar as Grenz’s late placement of scripture was a source of controversy amongst those of conservative evangelical persuasion who adamantly maintain biblical inerrancy and its methodological importance for theology overall, Kooi and Brink’s thematic separation of scripture from revelation and from prolegomena, along with their viewing of the “diversity” of scriptural interpretation “as a virtue” (p. 568), will likely raise similar eyebrows. Their endorsement of the recent push for a “theological interpretation of scripture” (pp. 554-61), as has been formatively influenced by Karl Barth’s doctrine of scripture and its trinitarian contours (cf. p. 558; pp. 561-64), might also be critically received with suspicion by the same constituency—even if, ironically, this relatively new movement is mostly being proposed and advanced from within evangelicalism itself. Nevertheless, these moves concerning the place and appropriation of scripture are indirectly reflective of Kooi and Brink’s opinion—shared by many today—that “it is impossible (as Frame proposed) to go back to a pre-Barthian nonchristological understanding of the doctrine of God” (p. 147).

On a somewhat different note, the contemporary currency and relevance of Kooi and Brink’s work is underscored by their chapter on revelation (ch. 5), which highlights revelation’s indirect nature (pp. 167-71) as well as seven proposed models for revelation that have mostly arisen within the twentieth century (pp. 171-81). Also included in this chapter is a survey of approaches generally taken regarding Christianity’s relationship to other religions—another sign that the work is up to speed with the times (pp. 190-97). This theme will appear again in Kooi and Brink’s refocusing of the notion of covenant through a dedicated discussion of Israel, which they rightly describe as being “the raw nerve in Christian theology” (ch. 9). In this regard, the authors helpfully reframe Christianity’s mode of engagement with contemporary Judaism as being in the realm of “dialogue” instead of “mission” (cf. 344-45), en route to a rejection of supersessionism in favor of a reframed “theology of incorporation,” in which it is the gentiles that, in Christ, “have been incorporated in the already existing covenant with Israel” rather than the other way around (p. 359, emphasis in original).

Kooi and Brink’s chapter on the Trinity (ch. 3) also shows its contemporary relevance regarding other religions through its attempt to “provide a handle for talking with Muslims about the doctrine of the Trinity against the background of monotheism and Islam” (p. 75; cf. pp. 104-6). This is followed by a section seeking to grasp the “practical significance of the doctrine of the Trinity” (pp. 107-10), in which is featured some introductory comment on the social trinity and its socio-political significance (pp. 109-10). Notably missing here, however, is explicit mention of how the notion of “participation in the Trinity” ought to carry significance for one’s everyday life as a believer and for one’s ministry and service in the church and in the world. Inclusion of this missing piece would only strengthen the authors’ desire to situate the doctrine of participation as being “a bridge between justification and sanctification” (cf. ch. 15, esp. pp. 680-86). Their noble attempt at asserting the importance of participation along such lines fails, however, to give the theme of adoption both sufficient attention and necessary prominence. I believe this glaring oversight is mainly due to Kooi and Brink’s understanding of participation as being “a bridge between” rather than as being “the source of” justification and sanctification (not to mention adoption). In this regard, their overemphasis upon justification (as the solution to the perceived problem of guilt rather than, for example, shame or fear as being the primary consequence for sin) reveals the work’s theologically western orientation (cf. pp. 651, 653-63)—a point acknowledged but not rectified by the authors (pp. 659-60).

On a more positive note, Kooi and Brink’s chapter on “justification and transformation” (ch. 15)—which is noticeably placed after rather than before their chapter on ecclesiology (ch. 14)—is up-to-date in that it seeks to engage not only with the Finnish interpretation of Luther, but also with the New Perspective on Paul (pp. 676-80). The discussion of eschatology (cf. chs. 7 and 16) is also profound for its locating of heaven and hell as being outside of time and space—a move that raises interesting questions about the intermediate state (cf. p. 272; pp. 746-47). Not enough is said, however, about important proposals concerning “second-chance theology” (p. 747) and “annihilationism” (p. 749).

Altogether though, students, pastors, academics working in areas other than theology, journalists, and really, “all those who are interested in theology” (p. xi) will find Kooi and Brink’s book to be of great value. Each chapter opens with a helpful outline of the chapter’s aims, as well as several thought-provoking questions which serve to help readers make meaningful connections to the forthcoming material. These also will be especially useful for beginners in theology.