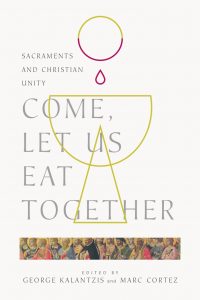 This edited volume is the proceedings of the 2017 Wheaton Theology Conference jointly sponsored by the Wheaton College Department of Biblical and Theological Studies (with which both editors are affiliated) and the Wheaton Center for Early Christian Studies. It brings together scholars from diversely ecumenical backgrounds to investigate theologically the role the sacraments play in bringing about, promoting, or inhibiting unity between Christians. Although such sacraments (or sacramental rites or ordinances) as baptism and holy orders receive some attention, as the title might indicate, the essays in this volume focus primarily on the sacrament/ordinance of the Eucharist. As such, this volume contributes to the renaissance, of sorts, of theological engagement with the doctrine of the Eucharist. This recent renaissance comes in the wake of George Hunsinger’s The Eucharist and Ecumenism (Cambridge University Press, 2008) and has been followed by David Grumett’s Material Eucharist (Oxford University Press, 2016), James Arcadi’s An Incarnational Model of the Eucharist (Cambridge University Press, 2018), and J. Todd Billings’ Remembrance, Communion, and Hope (Eerdmans, 2018). I here offer some comments on a select few of the essays in this helpful text.

Given the evangelical location of this publication (the site of the conference, the publisher, the editors), it is natural that many of the contributors come from this theological background; however two Roman Catholics and two Eastern Orthodox offer their contributions. Of the two essays by Roman Catholic authors (Matthew Levering and Thomas Weinandy, OFM, Cap.), Matthew Levering’s essay is much more optimistic and inviting. In his essay, he probes the manner that the Road to Emmaus vignette displays the Eucharist as a poignant locale for growing in knowledge of Christ. Yet this locale is founded upon the exposition of the Scriptures that Christ offers his fellow road-walkers, a foundation that is open to all Christians. Weinandy’s essay simply describes the rationale for the Roman perspective on the nature of ordination and how celebrations of the Eucharist independent of this order are not valid. The essays by Eastern Orthodox writers (Bradley Nassif and Paul Gavilyuk) look to the beginning and the end as sources of unity. For Nassif the revitalization of study of the Patristic period within Protestantism is a point of convergence with Orthodoxy. Gavirlyuk looks to the unity of the eschaton as a means for pursuing unity here and now.

Katherine Sonderegger’s essay, “Christ as Ursakrament,” might alone be worth the cost of the book. Sonderegger, an Anglican theologian and priest, helpfully probes the thought of the twentieth-century Dominican theologian Edward Schillebeeckx who presented Christ—God incarnate—as the primal sacrament. For Schillebeeckx, Chalcedonian Christology describes Christ as a divine person who acts in and through the human nature of Christ, thereby revealing and communicating God to humans. However, Sonderegger reads beyond Schillebeeckx to bring a Pauline theme regarding Christ becoming sin for us to bear on our conception of sacrament. She writes, “We might say that this just is sacrament in the full and mystical sense: that the divine exchange who is Christ takes on the world’s sin…and makes it his own” (p. 122). This ecumenical import of this conception consists in the purification of the church—resulting in its holiness—that Christ effects in and by his incarnation.

The essay by Veli-Matti Kärkkäinen is more centrally focused on ecumenism and thus secondarily focused on the sacraments. His essay is a good example of balancing out abstract theological principles with concrete practical application. He takes as his point of departure the statement in the Lutheran Augsburg Confession that the church is to be found here the gospel is preached and the sacraments administered according to the gospel. This minimalistic proposal, so Kärkkäinen argues, ought to be accepted by those on either end of the ecclesial spectrum. He contends that Baptistic and free church traditions ought not see their additions to these twin principles as necessary. Likewise, the Roman Catholic and Orthodox ought not insist on their particular explication of episcopal ministry as the only location in which gospel preaching and sacramental action occurs. Kärkkäinen then offers some modest practical steps for working toward Christian unity.

I note in conclusion the delightfully surprising essay by art historian professor Matthew Milliner. One might wonder what a piece of art history is doing in a theology book and conference. But, Milliner’s argument is that when one attends to various artistic streams within the tradition, one notices more points of theological convergence than one might expect given explicit theological differences between traditions. For instance, the “law and gospel” motif is typically attributed to the Lutheran tradition, yet a theme of this nature can easily be used to explicate the icon of the Sinai Pantocrator of the Orthodox tradition. Or, for another example, the Weirmar altarpiece of the Lutheran Lucas Cranach the Younger clearly displays an imputed righteousness that is the hallmark of Reformation theology. Yet, Milliner sees in the divine mercy image traced to the Roman Catholic Sister Faustina Kowalska a similar motif with, like Cranach, Christ’s grace and mercy flowing out of Christ to be infused into the faithful.

This book will serve well especially for evangelicals looking for a deeper discussion of the sacraments—the Eucharist in particular—and the implications this might have for the evangelical self-conception in the milieu of ecumenical discussions. Given the conference paper style of the essays, they are not overly technical and so will be readable by a wide array of those outside the theological academy, such as pastors and interested laypersons. For those within the academy, given this text’s broad and diverse author pool, this text could also serve as a textbook in an introductory course on the sacraments/ordinances or ecumenism. 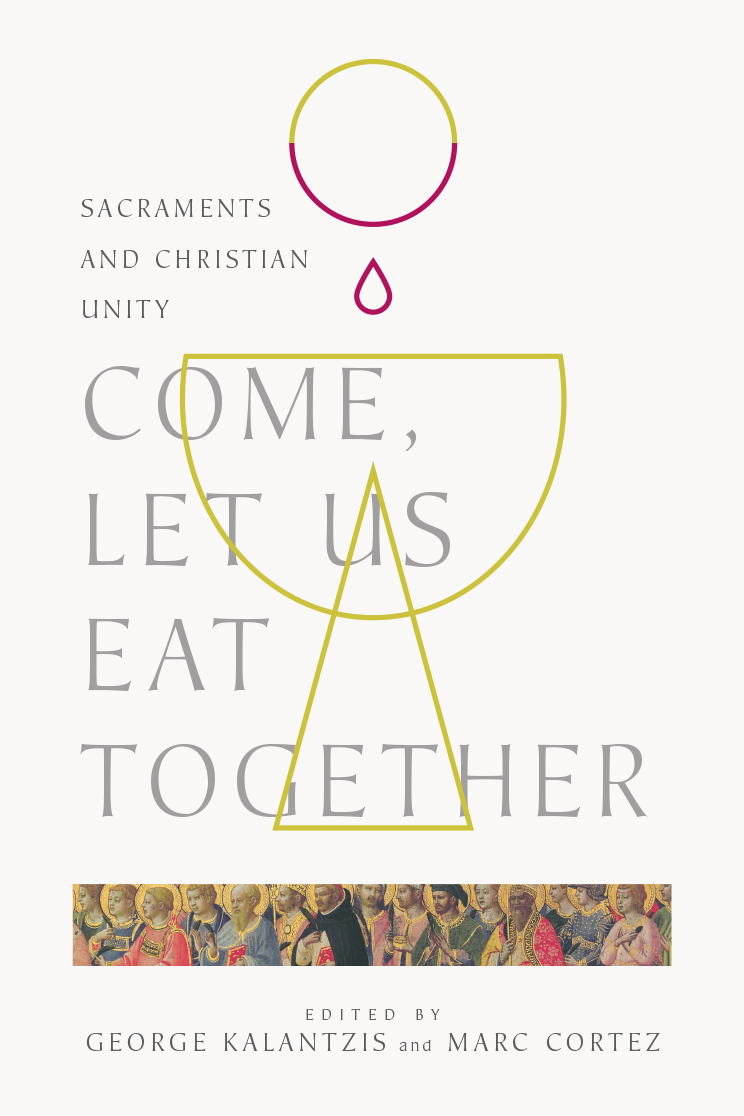