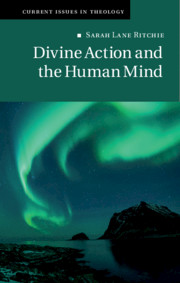 Like most works in the Cambridge theology series, the present volume serves two purposes. First, each monograph offers the student a survey of the issues on the subject at hand. In other words, it is a kind of state of the art treatment on the subject. Second, each monograph advances the discussion in some way. In Sarah Lane Ritchie’s well-written and well-researched monograph, she accomplishes both. As with all good works of philosophy, theology, and science, Ritchie’s Divine Action and the Human Mind works from a set of intuitions. Ritchie’s work is no different in this respect. What is different is her courageous attempt not to water down her commitment to what appears to be a form of methodological naturalism (although she would not cast it in quite those terms, as she expands the notion of “naturalism” quite considerably beyond the boundaries of most definitions in the literature) as the starting point to understanding the mind. While a virtue in the sense that she is unwilling to take a muddy middle way to discovering the nature of agency, my concern is that the intuitions she has chosen cast doubt on the predominant philosophical and theological literature’s assumption that minds are ontologically distinct from physical events and by doing this Ritchie is unable to give us an adequate explanation of minds.

Ritchie’s overarching subject is the nature of divine agency through the lens of human agency, hence the title. Her primary objective is to do a bit of ground clearing, so as to naturalize the Divine mind. She has a set of desiderata, insofar as I can surmise they include the following (see specifically pp. 29-31): (1) A scientifically adequate theory of Divine action, which Ritchie takes to entail naturalism (broadly construed or reinterpreted to mean “theological naturalism”). (2) A theologically adequate theory that includes the immanence of Divine action in the world.  (3) A theory that excises ontological binaries.

Ritchie proceeds by criticizing interventionist and non-interventionist causal joint accounts in part 1. Interventionist accounts are those in which Divine action must suspend natural regular laws of succession that explain most of the world’s events (championed recently by Alvin Plantinga, Where the Conflict Really Lies). Interventionist accounts have fallen on hard times, are often dismissed in most of the “Science and Theology” literature, and for this reason along with the purposes of this review I will set aside further discussion of interventionism. After prefacing the discussion on Divine agency through the lens of human mental agency (chapter 1), Ritchie devotes much of her attention to causal joint theories of Divine mental action for the purposes of moving toward a naturalized account of the Divine mind. She perceives causal joint accounts as having some merit because they are non-interventionist, hence they do not require God to mess about in the natural order he has created (see chapter 2). Further, these theories have received significant attention in the recent “science and theology” literature. Committed to the causal closure of the natural world, advocates of causal joint accounts perceive Divine action at physical events that are “ontologically underdetermined by physical causes” (p. 42). The most commonly championed proposals include quantum theory, emergence, chaos theory, and complexity (p. 43).

Ritchie devotes significant attention to one causal joint theory developed by Philip Clayton (see chapter 3). Clayton’s proposal takes human consciousness as the underdetermined moment in physical evolution whereby God may act without intervening in the natural process. For those interested in science and religion discussions, Clayton’s proposal has received significant attention in the literature as a promising account of Divine action in the natural world. Like other causal joint accounts, Ritchie argues that such an account suffers from a potentially inconsistent use of the scientific method in theological construction and depends on the questionable binary of the mind and brain, and it may even yield substance dualism. The problems with this binary are reflected in consciousness debate.

She discusses the problem of consciousness and other possible physicalist positions in chapter 4 and 5. Here she advances a useful, albeit brief, survey of  reductive and non-reductive physicalisms, which presumes the hard problem of consciousness. Less enamored with naturalist inclined theologies of Divine action that are committed to physicalism, Ritchie does hold out some possibility that these might in the end advance satisfactory explanations of minds (pp. 183-5). However, these views suffer from the besetting assumption, but potentially explicable assumption, of what is commonly called the hard problem of consciousness (i.e., the problem characteristic of phenomenal, intrinsic, and, arguably, private experience that is non-reducible to the language of neuro-biology, even if on the “easy problem” some aspects are quantifiable through the use of cognitive science, pp. 137-44).

In part 2, Ritchie in her move away from the binary, takes a theological turn. Her primary objective is to move beyond the binary by creating conceptual space for theological naturalism (i.e., an expanded naturalism). She explores Thomism, panentheism, and pneumatological naturalism. The goal is to lay the groundwork for additional constructive theological work from a broadly naturalistic perspective.

Back to the heart of my concern with Ritchie’s argument over the nature of intuition as a source of knowledge concerning mind and action. For the sake of the argument, let us grant that there is not a hard problem of consciousness. Although I remain unconvinced, I will set that aside for the sake of space by attending to a different set of related concerns. I have two concerns. First, her intuitions replace what is most ostensible in any philosophical or scientific discussion about agency. Second, her intuitions lead the way to an account that provides us with no explanation of agency, let alone Divine agency. On the second concern, while Ritchie does not commit to one theory (she’s not satisfied with an updated Thomist model, see her critique in pp. 227-60) of Divine agency, she leans in a direction that eschews the binaries to such an extent that holds out hope for a kind of neutral monism that will make mental and physical properties features of one unified ontology. Assuming that she is not committed to the variations of neutral monism on offer in the philosophical literature, her non-commitment to an explanation is equivalent to neutral monism in that both provide no explanation of mental properties. And, instead of privileging first-person consciousness as the starting point for knowledge, she privileges third-person public properties of physical events. (The reader would benefit from her nuanced discussion on the nature of first-person intuitions. On differing epistemological accounts, Ritchie is right to press the reliability of mere perspectival knowledge, private intuitions and the like.)

There is hope, and one for which can satisfy all or nearly all of Ritchie’s desiderata. If we desire a compatibilist view, then we can look elsewhere. Following Berkeley for one example, God constitutes phenomenal perceptions, and God does not intervene (in that God never intervenes because his actions set up natural causes as bundles or stuffs or his thoughts are constitutive of natural events; i.e., on some variations this would simply amount to Divine occasionalism, which is Berkeley’s view).  On this account of Divine action in the world, we have a robust picture of Divine immanence, which likely requires giving up methodological naturalism in favor of methodological supernaturalism. If this is the case, then we can find a satisfying paradigm not in neutral monism, but in idealist immaterialism. If I may suggest one alternative to theistic naturalism, a Berkeleyan idealism satisfies what appears to be Ritchie’s desiderata. Berkeleyan idealism affirms the following propositions: (1) immaterialism; (2) mentalism about immaterial substances; (3) the phenomenological nature of physical laws and bodies; (4) that all phenomena are dependent on one mind, namely the Divine mind. On this global ontology, we retain the phenomenal distinction between mental substances and phenomena (hence retaining the fundamental intuitions of common sense) without sacrificing a unified view of the natural world, hence a robust scientific method is sustainable. Further, idealism, of this sort or some similar theory, is theologically adequate in so far as God is immanent in the world, excluding a gappy relation or a deistic picture (hence non-interventionism and compatibilism of divine action with natural causes). The cost, if there is one, is that one must grant that mental content primitively functions in the natural world and is necessary to a scientific method.

There remain other general, and debatable, concerns about the intuitions chosen. For one example, Ritchie grants no role to catholic determinations on theism (i.e., the collective confessional stance on the nature of theism), but, instead, she places methodological naturalism (or something near it) at the heart of her theological method. Again, the bigger problem with the proposal is that the intuitions chosen grant us no explanation of mental data. And it is for this reason, that I suggest to Ritchie that she consider an alternative monist theory that is compatibilist and non-interventionist, namely some version of Theistic Idealism (Berkeley gives us one thoughtful example). But, this would require her to reconsider her intuitions by inverting the ontological priority of the mind in place of natural regular laws.

For an interesting symposium on Ritchie’s Divine Action and the Human Mind, see the following symposium over at Sapientia: https://henrycenter.tiu.edu/2020/07/divine-action-and-the-human-mind-a-rejoinder/ [accessed on July 19, 2020].