N.T. Wright is widely known as one of the most prominent Pauline scholars of today and a retired Anglican bishop.  He has gained much attention in the academic field for his view on the new perspective on Paul, which has stirred up much debate among Pauline scholars.  One of his most recent works that addresses this issue is Paul and the Faithfulness of God, which was published by Fortress Press in 2013. Currently, the author holds the position of Chair of New Testament and Early Christianity at the School of Divinity of the University of St. Andrews in Scotland.

In this book, Wright takes a biographical approach in dealing with Paul’s life and theology.  He begins with Paul’s upbringing as a young Jew living in Tarsus, and takes the readers through Paul’s entire life until the final years before his death.  In order to help the reader better understand the shaping and substance of Paul’s theology, Wright traces through known aspects of Paul’s missionary journeys while filling in gaps of knowledge with his thoughtful speculations.  The author divides his work into three parts: the beginning of Paul’s life, Paul’s missionary journeys, and final years of Paul’s life.

In part one, Wright chronologically takes his readers through the early stages of Paul’s life, including Paul’s conversion experience.  He surmises portions of what Paul’s early childhood may have been like by comparing it with what would have been the typical lifestyle of an elite Jewish boy of that time.  Though these thoughts are largely Wright’s personal conjectures, Wright does an excellent job in carefully looking at the tradition of the Jews of Paul’s days in order to offer perspective into what might have shaped Paul’s – or then, Saul’s – vicious zeal to persecute followers of the Way.  In the telling of Paul’s conversion experience that took place from the road to Damascus, Wright expands on the importance of Paul’s personal experience during his trip to Arabia after encountering the risen Lord – something that is not explicitly explained in the book of Acts.  By considering Paul’s potential thoughts on being confronted by Christ and his own conversion, Wright walks the reader through the formation of Paul’s reshaped worldview.

In part two, which makes up the majority of this work, the author deals with Paul’s missionary journeys throughout the ancient Mediterranean world.  In this section, Wright meticulously traces through Paul’s visits to each city and town to understand Paul’s new life as an apostle for Jesus Christ. And as he traces through Paul’s visits to these cities, Wright does not fail to give the readers detailed information about religious, socio-economical, and political stances of these cities and towns, thereby helping the reader better understand the situations Paul was dealing with.  Wright highlights the mistreatment and suffering that Paul experienced in various cities such as Thessalonica, Ephesus, and Caesarea in order to provide insight into the shaping of Paul’s theology and the reasons behind why and what he wrote in his letters to the early churches.  As he did in the previous section, Wright includes several of his personal reflections, and thus, Wright’s own theological view seeps into these chapters.  This is especially evident as Wright advocates for the new perspective on Paul, and particularly when he uses dikaiosune with reference to covenant membership (p.147).

In part three, Wright focuses on the last few years of apostle Paul’s life. He mainly explores Paul’s journey to Rome as a prisoner under guard. He also ventures into what might have happened after Paul’s trip to Rome. Did Paul make it to Spain? If so, where did he go after?  Although the answers to these questions are pure speculation, Wright does an excellent job in providing plausible explanations of what might have happened after Paul’s trip to Rome. Finally, Wright ends this chapter with an intimate view on Paul by shifting the focus away from Paul being the incredible apostle who triumphantly led this Jesus movement in the 1st century Greco-Roman world, and instead, honing in on the vulnerable man who was in need of mercy and faithfully lived his days in obedience to and for the purposes of God.

Wright’s work is commendable as it allows readers to easily understand where Paul comes from, what shaped his theology, and the apostle’s own thought processes behind each of his letters.  But the most praiseworthy and valuable aspect of this book is how Wright offers fresh perspective as he masterfully portrays Paul as a person who struggles with the brokenness of this world and the instability of the human condition. The vulnerability of Paul shown in this book allows the reader to capture a realistic view of Paul, adding depth and enrichment when reading Paul’s writings. As with many biographies, this book includes the author’s own theological biases and speculations. But nonetheless, this book is highly recommended for readers interested in the field of Pauline theology.  Wright’s work reads easily, and readers will surely benefit from his thorough understanding of Paul’s life journey. 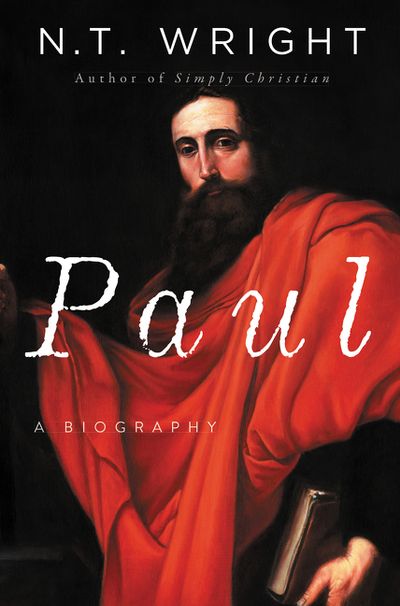