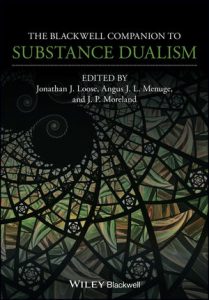 In recent years, there has been an uptick of interest in the philosophy and theology of the soul. Moving beyond the disciplinary divide of philosophy and theology, there is a growing demand for interdisciplinary discussion of the soul akin to a hybrid car that runs on gas and electric. Like the gas car, there has been a flurry of philosophical critiques of physicalism/materialism with an openness to philosophical variations of the soul (e.g., After Physicalism, The Waning of Materialism). And like an electric car, there has also been several recent constructive defenses of the soul in light of broader theological considerations (e.g., Soul, Body, and Life Everlasting, The Soul of Theological Anthropology, and The Ashgate Research Companion to Theological Anthropology). There are fewer collections defending the philosophical coherence of the immaterial self (e.g., The Case for Dualism, Contemporary Dualism). It appears that The Blackwell Companion to Substance Dualism is a contribution to this smaller body of literature. It aims to offer a philosophically cogent defense of substance dualism, akin to cars running on gas, but it is actually more of a hybrid—running on gas and electric.

The focus of the volume is a concern. While the editors have elected to give a whole section to the topic of substance dualism in the Bible and in Theology, as an outside reader, I find this move a bit odd. Including these topics in a volume on “substance dualism” in a series called Blackwell Companions to Philosophy seem out of place. When I came to the volume I expected to see a volume devoted primarily to the philosophical exposition and defense of variations of substance dualism along with a critique of its main alternatives. The Companion does a pretty good job, as I stated earlier, on the exposition and defense of substance dualism, but it misses several important figures, and, more importantly, several important topics in the discussion.

By including a section on the biblical and theological issues (approximately 90 pages!), the authors were limited to specified variations of substance dualism. Granted they chose some of the most likely candidates in the debate to defend some of the most common options in the analytic literature (e.g., Cartesianism, Thomism, and emergentism), but the Companion could have incorporated other defenders, some lesser known defenders and some more widely known and exotic defenders (e.g., Uwe Meixner, J. M. Schwartz, Stephen Priest, David Lund). Furthermore, they could have included a wider set of arguments that favor some version of substance dualism. Instead, they were limited to the arguments in the papers defending specific versions of substance dualism along with two others (arguments from the unity of consciousness, and arguments from NDE’s); but there are certainly other important arguments in a Companion that purports to introduce the reader to a wide set of issues concerning substance dualism. Some of the arguments that I would have liked to have seen substantially developed include the following: the Knowledge Argument, the Modal Argument, The Simplicity Argument (Charles Taliaferro and Stewart Goetz touch on these in their chapters), rationalist arguments, and scientific arguments. All of these arguments, and others, deserve special treatment. Other topics that one might desire to see in the Companion include topics on the compatibility of substance dualism with biological evolution, physics, quantum physics, psychology, and, more important, a historical background section on the soul with specific defenders throughout history. A second reason why the election of a Bible & Theology section seems odd has to do with the nature of the book as a text primarily in philosophy, but one would have thought this was apparent. There is a third reason. By including this section, the editors have a pretty specific set of topics that seem to comprise a different Companion altogether. These topics deserve treatment in their own right and would likely find a more hospitable reception in a collection on The Blackwell Companion to Theological Anthropology, but even that might not be specific enough because all the authors are engaging specifically Christian issues, so maybe the volume would be entitled The Blackwell Companion to Christian Anthropology.

For all the reasons listed above, the inclusion of a section on Bible and Theology seems odd and out of place, but, for some, these chapters may be a welcome surprise. And this is not to say that these chapters are not useful high-quality chapters. They are. They simply do not fit the remit of the volume as it is normally conceived. Lending a bit of charity, I can conceive of why the editors chose to do so. There does seem to be an affinity between the soul and theological beliefs throughout history. Just look at Augustine’s Confessions with the close moral relationship between the soul and God. See also Descartes’ Meditations in which he develops the metaphysical connection between the soul and God. I imagine the editors had motivations to offer an apologetic for both the soul and Christian belief, but it seems that a section on the soul’s implications for theism in general might have been a better fit as reflected in Augustine and Descartes. A section on natural theology would make some sense as it would give additional exposure to the nature and reality of the soul.

Aside from this one concern, the essays in all three parts are exceptional. In fact there are several that are worth highlighting for one reason or another. Angus Menuge offers the reader a refreshing argument for substance dualism, and a critique of physicalism, from the first-person perspective, which he then applies to the Creation narrative wherein God gives the mandate to humans to take dominion in the world. Jon Loose exposes the reader to very clear reasons for why substance dualism is favored when considering the doctrine of resurrection. J. P. Moreland gives one of the most thorough defenses of substance dualism in his development of the unity of consciousness argument. Finally, Charles Taliaferro’s chapter deserves a mention for its comprehensive nature, which exposes the reader to the lay of the land on substance dualism. While some of the chapters are predictable if one is familiar with the literature, all of the chapters expose the student to a broad set of issues and literature in the growing body of literature on substance dualism. While the Companion gives the appearance of running on gas in a philosophical series, the reader will be surprised to learn that it runs on both gas and electricity as it exposes the reader to biblical issues on the soul and topics typically in the domain of analytic theology. 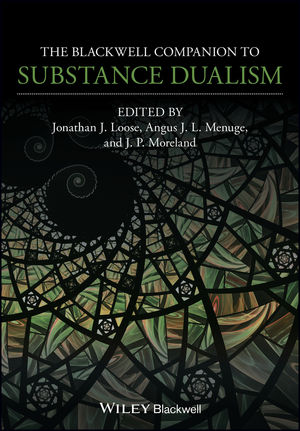