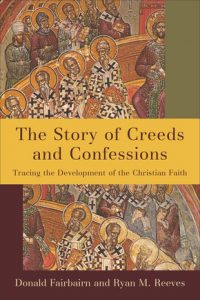 The creeds and confessions of the Christian Church remain fundamental benchmarks of the faith that have survived the test of time and will continue to guide theological developments in the future. As this book reminds us, there is a lot of history behind the formation of these key texts, and not all of it has been pleasant. Controversies have flared up and sometimes led to unfortunate consequences that still defy resolution. However, the ecumenical spirit of our age has allowed us to re-examine this past more objectively than was once the case and to recognize that differences that once led to division may have been due to misunderstandings and/or extraneous factors that are no longer relevant.

In weaving their way through these complexities, the authors of this book have done a magnificent job of condensing their material in a way that makes it digestible for the beginning student without cutting corners or being unfair to positions with which they might disagree. Every Christian, of whatever background, will be able to use this book with profit, even though the guiding emphasis is broadly Protestant.

One of the advantages of dividing the material into “creeds” and “confessions” is that there is a fairly clear timeline into which each of these can be fitted. Creeds were produced in the early Church and confessions appeared at the time of the Reformation (and later). This makes it easy for the authors to share out their responsibilities—Dr. Fairbairn takes the creeds and Dr. Reeves the confessions. It also makes for an evenly balanced book, with each of these basic divisions taking up roughly half of the total. The disadvantage is that there is a thousand-year gap in the middle, when the Church produced neither creeds nor confessions, though theology was far from dead for much of that time and what happened then was deeply influential in determining what shape the various Reformation confessions would take. This period is therefore not ignored, and there is even an attempt to turn the decisions of the Fourth Lateran Council in 1215 into a “creed,” although the authors admit that “confession” would be a more appropriate designation. In fact, of course, the canons of Lateran IV were neither, but they cannot be left out, and the authors are right to include them, even if it is hard to know how they should be described.

The book is extremely well written and there are some very helpful footnotes which clarify (and nuance) a number of important points. They also reveal the extent to which the authors have relied on the classic works of other scholars, notably J. N. D. Kelly, Early Christian Creeds, P. Schaff, The Creeds of Christendom, N. Tanner, ed., Decrees of the Ecumenical Councils, and so on. It is a pity that these have not been grouped together in a bibliography which would have taken up an extra ten pages or so, but would have been extremely useful. As it is, the reader has to flip through the footnotes to find the sources, which can be time-consuming.

As far as the authors’ interpretation of their material goes, readers will come to different conclusions. It is a little strange to find the Apostles’ Creed described as “regional,” even if strictly speaking it was, though the book makes it abundantly clear that its origin was both completely different, and considerably more ancient, than that of the “ecumenical” Nicene Creed. There is also a helpful chapter on the so-called Athanasian Creed which points out that although it is anomalous in many ways, it has an important place in the history of Christian theology and ought not to be neglected.

At times, the authors’ desire to be as comprehensive and irenic as possible leads them to make some doubtful assertions. For example, we are told that the Filioque clause in the Latin version of the Nicene Creed would never have divided the Church, and that it was mixed up with all kinds of personal and political problems that were much more important at the time. There is truth in this, but it is not the whole story, and the book says little about the controversies of the later Middle Ages, which culminated in the Council of Florence in 1439. There is a brief reference to the latter on p. 190 but no mention of the mystical, ascetic (hesychast) spirituality that had come to dominate Eastern Christianity and that could not reconcile itself to a double procession of the Holy Spirit. Similarly, not much is said about the Eastern Orthodox reaction to the Protestant Reformation. There are a few pages devoted to Patriarch Jeremias II’s reaction to the Augsburg Confession (pp. 319-22), but nothing on Cyril Lucaris or on later Orthodox confessions, like that of Dositheus. This is particularly surprising, given that Schaff reproduced much of this material in his Creeds of Christendom and so it has been known in the Protestant West for a long time.

The book weaves its way through the Reformation controversies with considerable skill, though there is the standard difficulty of defining “Anglicanism.” The authors recognize that this word is anachronistic when dealing with the Reformation era, but they use it nevertheless, thereby perpetuating the misleading notion that there was a conflict between “Anglicans” and “Puritans” in the pre-1640 English Church. Given that most serious scholarship on this subject in the past generation had been concerned to debunk that particular myth, this is unfortunate. The authors rightly state that the Church of England sought a “middle way” between Lutheran and Reformed expressions of Protestantism, but fail to point out that when push came to shove, it came down on the Reformed side. That can be seen very clearly in the Irish Articles of 1615, which are not mentioned at all, despite their importance for revealing the mind of the Church at that point in time. They also use the word “Arminian” to describe men like Archbishop William Laud, which was common in the past but which current scholarship generally avoids doing because it raises too many questions about what Laud believed. However we must be grateful that there is no mention of Richard Hooker, whom many American Anglicans mistakenly regard as the chief architect of their theological tradition!

Other readers will hesitate to endorse the authors’ interpretations here and there, but few would dissent from the book’s overall approach. This is a good guide to the subject of historical theology and a great starting point for further study and reflection. The authors deserve our thanks for their hard work and excellent presentation of their material and it must be hoped that this book will be widely read and used by those embarking on a study of its subject. 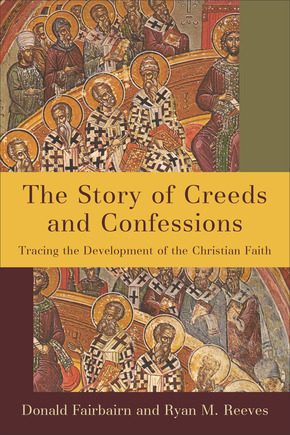