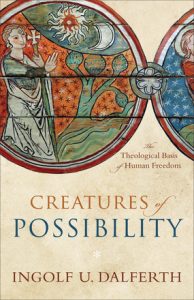 Ingold U. Dalferth is a German theologian whose work is increasingly translated into English, with the result that many more readers benefit from his profound insight into the relationship between theology and philosophy. In this volume, Dalferth offers a deeply thoughtful theological anthropology that is informed by a rich, versatile reading of key sources and figures, especially Martin Luther and (somewhat between the lines) Immanuel Kant. His reflections draw upon an array of insights into particular categories of thought and doctrinal claims. His writing bears witness to a theological reading of human nature for a somewhat diverse readership. Having said this, Dalferth’s level of abstraction and his occasional oversights concerning traditions other than his own signal that there are limits to the extent to which his thought will score an impact.

There are several key propositions that Dalferth makes. These seem to be the key ones:

It is challenging to summarize a book which deals with such a variety of claims in a relatively short space. The seven chapters comprising this volume are quite disparate despite the coherence of the first three and the last chapters, and this is the volume’s weakness—a lack of cohesion amidst work that emanates from earlier articles. The strength of the book lies in the boldness and comprehensive scope of the individual chapters.

Dalferth has clear ideas that are forcefully made and with few exceptions persuasively expressed. He stands against not only a works-righteousness anthropology, but also a liberal optimism about human self-perfection. For this reason alone, his book is to be welcomed. Especially in the final chapter, Dalferth articulates a definitive response to the now normative belief that humans are no more than animals, yet without hedging the argument on our rationality or a new interpretation of biological capacity that eeks out freedom from the grain of deterministic processes.

In the middle chapters dealing with the postmodernists and with Blumenberg, Dalferth asserts a theological correction to concepts of God that elide grace and salvation. He wants to ontologically bolster latter categories all the while keeping philosophy and theology distinct! This pushes back against an overly philosophical conception of God and human beings generally, by arguing for a delineation of meaning to arise from the biblical text and the doctrinal tradition, independently of human needs. Against a certain tradition within the philosophy of religion, he affirms that “God is not infinitely incomprehensible; rather, he is love in excess” (p. 155).

The book begins with an absolutely critical insight, gained from a consideration of the human species’ predicament in the face of the ecological crisis. It is that the implicit narrative of human nature stemming from threats to our existence reveals our creaturely deficiency. The response to a perception of our supposed deficiency is to engage in a steady tempo of activity, which actually worsens the crisis. He returns to the theme of the human predicament on this planet near the end of the book, but does his anthropological reflections supply the desideratum he seeks? Partly.

On the one hand, he understands—as too few theologians do—how European thought weighs upon the theological imagination. Figures like Nietzsche, Schoepenhauer and Darwin are deftly handled. Through this philosophical thicket, Dalferth threads a trail of theological markers that could ensure that we not forget our created status: orientation not explanation, human passivity amidst divine activity, faith over knowledge, gift over exchange and the distinction of disciplines over the (Thomist) analogy of being.

On the other hand, for a volume that develops a fresh theological narrative about human nature in the face of our limits, very little is spoken about sin. Ostensibly, this is because Dalferth sees dangers lurking in a narrative of human deficiency that is traceable to the predominant interpretation of Genesis 3. He is interested in thinking of human creatures as creatures of the future, of possibilities not capabilities that fail. He also doubts the Christian tradition’s appropriation of the ancient tradition in regards to body/soul dualism, but only once does he state that this is due to the tradition’s association of sin with the body.

As with David Kelsey’s Eccentric Existence, Dalferth gives the impression on a number of occasions that the one-sidedness of the imago dei tradition results from a preoccupation with Genesis 1:26. The hamartiological preoccupations of New Testament writers would seem to indicate some awareness of human deficiency from a created standard below which we are failed images of God. Dalferth prefers thinking of sin as the “ignoring of God.” Yet, Paul’s recognition of sin as “another law inside me” in Romans 7 suggests something graver.

Grace is the beginning of hope and does not remove deficiency, according to Dalferth (p. 110). But I think we can conceive of grace as both operative (through faith, love and hope) and healing. Dalferth’s proposal hinges on a dialectic between the anthropological narratives of deficiency and possibility. Must it be either/or?

With a nod to Luther, Dalferth insists on referring to humans as pura materia (p. 79) instead of being substantial forms. But, with Paul, the medieval tradition inherited by Luther largely maintained the material causes of both virtue and vice in the human bodily state of becoming, and while Dalferth acknowledges Luther’s dependence upon Aristotle, a fuller retrieval would have put pressure on an anthropology of the future tense.

On every page, Dalferth intrigues the reader and sets for us the serious task of thinking about the question “Who are We?” with verve and boldness. This is the most arresting book in theological anthropology that I have read in years. 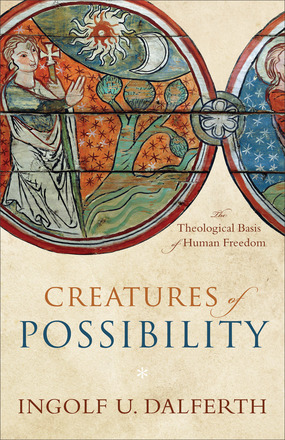