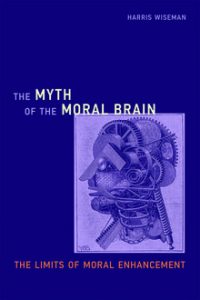 Are the choices that human beings make and the lives they live determined merely by the chemistry of their brains?  For the modern man, has “the Devil made me do it” given way to “my brain made me do it”? Is the solution for the problem of evil found in neuroscience, in the anatomy and chemistry of “the Moral Brain” (p. 4)? In responding to these kinds of questions, Harris Wiseman, PhD from the Faculty of Divinity at the University of Cambridge and Honorary Senior Research Associate at the Institute of Education in the University College London, seeks to balance legitimate biological accounts of moral functioning with considerations gleaned from philosophy, science, theology, and the field of mental health (pp. 16-19). Wiseman contends for a “practical-realities first approach” (p. 13). The target of his measured criticism is neither technology itself nor the contention that human biochemistry and neuroanatomy profoundly influence moral judgment and behavior (p. 110). The problems are found in the dehumanizing and deterministic claims being made about biomedical moral enhancement, the radical ambiguity of current empirical studies, and the reductive and excessive simplification of moral reality.

The underlying thesis of the book, according to Wiseman, is “that in the vast majority of cases, the biological aspects of moral functioning have been massively over exaggerated in their potential significance. The biological approach to moral functioning, while certainly valuable and enlightening when viewed cautiously, is not the most appropriate lens through which moral functioning should be looked” (p. 26). In short, biology is only one, and not even the most significant, factor in moral development. Consequently, we must reject “the grounding assumption of reductionist discourse that ‘we are our brains,’ that ‘my neurons made me do it’” (p. 267). If biological moral enhancement is to have any practical purchase, it must incorporate the whole of reality, including particular cultures, religious faith, and economic and political reality.

The tone of the book is captured by the following: “We must manage our expectations about what can plausibly be realized through biological moral enhancement” (p. 53). Expectations, for Wiseman, should be managed regarding the philosophy (Ch. 2-3) and science (Ch. 4-5) of moral enhancement. He rejects any philosophical or scientific underpinnings that narrate a fictional view of reality or reduce moral development to the biological. The use of pharmacology, genetics, neurostimulation, or any other biotechnology cannot eliminate personal responsibility, diminish communal investment in the development of virtuous characters, or ignore dimensions of living found in relationships, practices, and institutions (pp. 66-83). Granted, humans are embodied biological creatures and there are certain chemicals, hormones, and neurotransmitters the presence or absence of which set a biological context for certain kinds of behaviors and judgments (Ch. 4). The biology of the human being, however, does not eclipse the complex, nuanced, multifaceted, and inherently contextual nature of morality (p. 14) and neither can the practice of science quantify the qualitative nature of morality (pp. 134-36).

In the end, Wiseman is no thoroughgoing biological skeptic. If done properly, remedial moral enhancement is worth exploring and, in fact, is already being practiced successfully in the treatment of some addictions, such as alcoholism (Ch. 9). In order to avoid clear dangers (Ch. 8), Wiseman proposes, “that if such intervention takes place in a mental health context, in a person-centered and fully bio-psycho-social fashion, one which respects the value and influence of personal agency, cultural scaffolding, and quality relationships, then we have begun to outline a context in which moral enhancement might be put to work in a positive and desirable way” (p. 220).

Overall, Wiseman offers a robust but fair criticism of reductive moral enhancement theory and science. Additionally, he proposes a convincing and appropriately cautious approach for integrating biotechnology with remedial therapy in mental health contexts. Those rooted in Christianity should appreciate Wiseman’s extended argument that religious faith and practice is significant for developing moral persons, although Evangelicals might find Wiseman’s sociology of or comparison of religions approach off-putting. His promise to be secular and agnostic regarding questions of superiority (p. 141) is understandable given the audience he seeks to reach, but the Christian faith is not simply context, and neither is Islam, Judaism, Hinduism, atheism, scientism, or any other worldview claim. The Christian faith is a lived story or depiction of reality, the way things are and ought to be in light of the revelation of God.  That a religious tradition is true or false can have direct bearing on the legitimacy of its moral claims. In other words, the theological and moral claims of Christianity, granting various traditions, compete, sometimes tacitly and sometimes explicitly, with the claims of other worldviews regarding the good life.

Wiseman is not immune to the influences of popular cultural and political fictions, which he rightly criticizes regarding the myth of the moral brain (pp. 18-20). For example, without definition or substantiation and without reference to any particular, historical religious tradition, Wiseman identifies the rehabilitation of homosexual preferences and sexual reorientation therapies with “homophobic cultures, fundamentalist groups, and Putin’s Russia” (p. 74). Such guilt by association loses to solipsistic political rhetoric individuals who are struggling within faith communities to understand how sexual desires and practices relate to authoritative religious and rational beliefs. Some readers may wonder why Wiseman essentially brackets sexual desire and practices out of moral discourse. Historically and consistently Christ followers have been invited to live sexually pure lives consistent with the teaching of Scripture and distinct from surrounding cultures. Christian philosophers, theologians, counselors, and pastors would do well to consider the whole body in relationship to sinful practices and character development. The whole body includes sex, sexuality, and marriage. Moral application should, therefore, include reflection on sexual immorality in all its iterations.

Perhaps the most serious concern is that Wiseman’s apparent postliberal theological orientation does not allow him to answer the question, “Can we know objective moral truth”? In other words, what sets the target for moral enhancement and development? He offers no real basis for moral truth beyond “a person’s powers of moral reasoning, self-criticism, and independent thought” (p. 185), yet he can rightly warn that some moral scaffolding can be abominable (pp. 184-88). The question remains, how do we judge right and wrong, good and bad, just and unjust? Can we legitimately speak of objective moral truths that are discoverable and knowable? Wiseman appears to accept a cultural-linguistic approach that locates moral development within particular communities, which, for Wiseman, “transcends consequentialist, deontological, and virtue accounts” of ethics (p. 241).  In this ethical approach, however, no attempt is made to know or verify moral truth. In the end, each community will live only as if its confessions and practices are true. A more robust account of theological ethics is possible, however, because we live in a world in which God speaks and acts. Consequently, human beings can understand with confidence what is objectively right and wrong.

Despite the questions raised above, Wiseman provides a valid response to the biological reductionism current in the sciences and popular culture, as well as a helpful though truncated description of moral and character development in the Christian faith (Ch. 6). The book is not overly technical, but will require careful attention to terms and concepts unique to biotechnology, ethics, and to Wiseman’s own arguments. Ethicists, mental health practitioners, and theologians interested in the doctrine of humanity should read this book, which can also serve as a useful graduate level text in universities or seminaries. The pastor interested in how culture and science shape our popular understanding of and response to human ills will find this a stimulating yet sobering read. 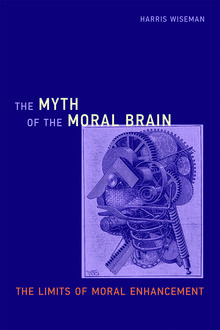