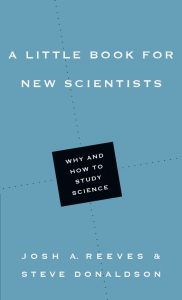 A book title by an evangelical publisher purporting to provide help for scientists immediately raises questions in today’s overheated world of Christianity in relation to science. But this is precisely the purpose of this truly little blue book (7 x 4 x ½ inches). And for such a small work, the authors do a remarkably good job of at least pointing out to us the right questions.

The authors teach that the scientist can expect felicitous surprises (e.g., opportunities for mission and ministry) as well as trials for their Christian faith (e.g., science-religion conflicts). The latter can lead to intellectual crisis for Christians. So the authors state: “The primary purpose of this book, then, is to help Christians studying and practicing in the sciences to connect their vocation with their Christian faith” (p. 13).

The authors, who teach at Samford University in Birmingham, Alabama, are well-qualified to write such a book. Reeves serves as a project administrator in the university’s Center for Science and Religion (CSR), managing the New Directions in Science and Religion project. Donaldson, who co-founded the CSR, directs the school’s computer science program and co-directs the computational biology program at Samford.

The book packs in much perspective and practical help for Christians working in the sciences. For example, believers need to be involved in science for ethical reasons. Issues such as the ethics of genetic alterations need the input of Christians. They rightly note that science is not a completely dispassionate discipline with no political pressures. Christians may well need courage to address difficult issues. And Christians at times will be forced to address contentious issues such as Darwinism or global warming.

Christians may also face special tests of their faith, such as the temptation to be jealous of unbelievers who feel no time constraints like family and church in the pursuit of their careers. At the same time, believers are not exempt from having to deal with rejection in the form of failed experiments or rejected journal articles. Working in community with other scientists can help promote Christian humility and protect against the intellectual pride of personal achievement.

The authors rightly note that much of western culture labors under a myth of necessary warfare between science and religion. Not only is this incorrect today, but the history of science reveals many important scientists who were devout Christians. Faithful believers working today in the sciences can help counteract the myth that science and religion need be independent or adversarial. And scientists who are Christians can influence a watching world by the way they live.

Reeves and Donaldson address the relationship of God’s two books, Scripture and creation. They helpfully note the two books neither have the same message nor speak the same languages. They argue the Bible is more important because it deals with matters of eternal importance. And they recommend the age old foundational assumption: “If we find places where nature and Scripture disagree, then it is a mistake of the readers—we simply have not read one or both of the texts correctly” (p. 24). The chief example of science correcting biblical interpretation was the discovery that the earth does move. Of course, knowing just when apparently conflicting scientific theories have been empirically verified can be difficult. But Christians must wrestle with the details “so that we may resist those who would use the authority of science to support anti-Christian conclusions. In such cases, Christians should not surrender basic beliefs in the name of ‘science’” (p. 27). The authors wisely note that if believers seem more defensive than others, “it is not necessarily because they are less astute than others but because they believe they have more to lose” (p. 85). Christians believe in some absolutes that should not be compromised.

The authors devote chapter 7, “Science and Scripture,” specifically to these issues. Their general principles for interpreting biblical passages in apparent conflict with science are wise. (1) Christians should realize that “an uncompromising commitment to the inspiration and authority of Scripture does not mean we should have an uncompromising commitment to our own interpretation of Scripture” (emphasis theirs, p. 94). Even the Holy Spirit’s dwelling in the Christian does not assure infallible biblical interpretations. (2) Believers working in the sciences need community, especially the help of quality teachers who are intellectually rigorous and who exemplify Christian character. (3) Believers need pay careful attention to the important differences between the genres found in the Bible. (4) And if we are to know what Scripture means for us today, we should seek to understand what it meant to its first readers.

The authors concede that a higher percentage of atheists reside in the highest guilds of scientists. The nature of science, however, is the not the reason but rather the sociological impact of the prevailing climate of the discipline. Just because scientists are experts in their specific disciplines does not mean they are experts in opining on ultimate questions about God: “Ultimately, however, the main reasons a scientist might be an atheist come down to too large a view of science, too tired a view of religion and too lofty a view of humans (and their success in science)” (p. 108).

At times this little book might read a bit too philosophical for some readers (e.g., “Our values function as auxiliary hypotheses, indirectly influencing the beliefs formed about our direct experience” [p. 50]). But most readers looking for help relating their faith with their scientific vocation will glean much practical wisdom. Indeed, the greatest strength of the book is its practical, godly advice. And none is more important than the Christian needs to trust that serving God is what counts most in the end.

The book’s usefulness may well be limited among conservative evangelicals due to the authors’ evolutionary commitments. Though they do not push theistic evolution, they assume it. The recommended reading list at the back of the book presents a variety of important books, but they are largely evolutionary creationist in orientation. With the influential advent of BioLogos, more traditional evangelicals are more informed about controversial theological issues seemingly associated with a commitment to evolution. These issues extend beyond universal common descent and human evolution. Conservative readers of this book, therefore, might be inclined to wonder just where the authors might land on specific issues they raise.

For instance, the authors suggest that those seeking to challenge the myth of necessary warfare between science and religion will sometimes appear to have “abandoned certain cherished positions traditionally held by either community” (p. 13). The reader will assume the authors at the very least refer to abandoning the rejection of human evolution. An ostensible example of a cherished position in the scientific community needing to be abandoned is that science has provided “a good scientific model” to account for those things “humans find most significant in the world” (p. 41), such as love of parents or children. But do the authors mean to say they really reject an evolutionary account of familial love, or just that such accounts cannot serve as the ultimate explanation. Again, evangelicals wary of the wide reach of evolutionary thinking are particularly uncomfortable when the nature of human beings are at stake. This wariness includes not only evolutionary accounts of human bodies but also of human minds, morals, wills, and religious beliefs. How would the authors recommend Christians respond to these positions in the scientific community?

Apologetics gets rightly scolded for defending beliefs held without good reasons. But what do the authors have in mind? They state that science will undercut only those beliefs that cannot withstand scrutiny and deserve to die. Do they have certain beliefs in mind to help the struggling reader? On the other hand, Reeves and Donaldson write that “Christian scientists can . . .  help dispel the myth that Christianity is not based on evidence” (p. 130). What scientific evidence do they have in mind? Evolutionary creationists have typically been committed to methodological naturalism, as are the authors. They admit the doctrine is controversial among Christians, and they only gently defend it (not metaphysical or “scientific” naturalism [p. 41]!). But ever since Darwin, commitment to methodological naturalism has typically served to undercut rather than undergird appeals to science in apologetics. So it would have been helpful for the authors to provide examples of scientific evidence in support of Christianity.

The authors rightly note that Christians working in the sciences can contribute to the education of ministers and congregations. But in this context they state: “A God of infinite attributes cannot be fully described in a finite book, and there is no reason to think that God would limit himself to a single source. . . . The fact is, modern science has provided a different view of the world than was available to the people who wrote and originally read the various parts of the Bible (which were different people at different times)” (p. 123). Again, one could wish for examples from the authors. Indeed, at the end of the book the authors tantalize us with questions for which they provide no answers: “Where is the soul in a physical brain? What does modern neuroscience suggest about free will? What does it mean to be human in an evolutionary context? Will transhumanist endeavors change our understanding of being made in God’s image? How does meaning arise from mindless mechanisms? How does the apparent randomness seen in nature relate to God’s providence? For each of these questions (and many others) modern science provides insights that can help frame understanding and stimulate thinking” (p. 134). Aside from the aspects of those questions which mention theological concepts (soul, God’s image, God’s providence), many contemporary scientists provide answers such as the following: there is no non-corporeal soul (physicalism) nor free will; what is most interesting about humans derives strictly from our animal past; and concepts such as meaning and providence are themselves evolutionary byproducts. No doubt our authors would not answer the questions this way, but one might certainly wish they had provided the “insights” they believe modern science provides.

In the end, the book will be most helpful for Christians who already are committed to evolution and methodological naturalism but not to full biblical inerrancy and traditional evangelical theology. More conservative evangelicals will be nervous about questions raised without answers in the book. And these evangelicals will be disappointed because they were probably looking for more answers. 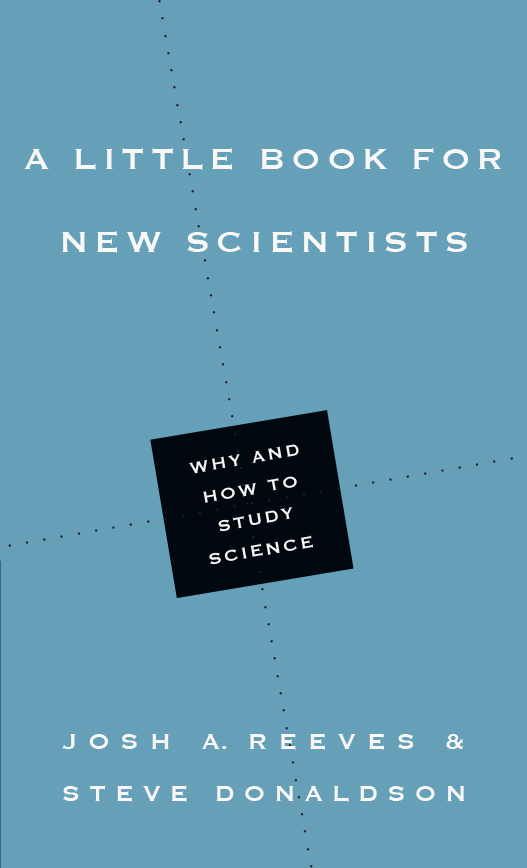