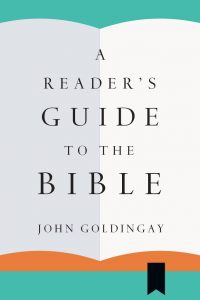 John Goldingay is the David Allan Hubbard Professor of Old Testament at the Fuller Theological Seminary School of Theology and is a prolific author in Old Testament theology, as well as in Isaiah and Psalms studies. In A Reader’s Guide to the Bible, Goldingay aims to provide his readers with an introduction to the main events, people, places, themes, and structure of the Bible.

Assuming that his readers know little to nothing about the Bible, the author highlights the Bible’s key events (chapter one) and describes the geographical features of the lands of the Bible, primarily that of Palestine (ch. 2). He then breaks down most of the rest of the book into two helpful categories: “God’s story” (Part II, five chapters long) and “God’s word” (Part III, five chapters long) (p. 2). Since most of the Bible consists of the Old Testament, Goldingay focuses on discussing the story of God’s dealings with the nation of Israel. However, for Goldingay, the story of God’s relationship with his people culminates with the coming of Jesus Christ, his cross work, and the birth of the Church. Part III details the different literary genres that God used to instruct his followers: “law, prophecy, advice, letter writing, and visions” (p. 2). In response to God’s spoken word, Israel worshipped God through prayer and praise (chapter 13) and questioned God when life did not make sense (ch. 14). After examining the Bible thematically, Goldingay concludes with an epilogue that explores how the Bible can speak to today’s readers.

Goldingay’s work is helpful to its readers because it provides them with a nuanced view of the nature of ancient historical writing. Goldingay argues that in the West, in order for a work to be considered “objective history,” a historian must discuss “politics or culture or social developments for their own sake” (p. 34). If one judges the Bible’s accounting of history in this way, then it falls short of modern, Western standards of history. However, biblical authors, though they reported on events that happened, were more “interested in what God was doing with his people, in how people were responding to God, and in the lessons that this story has for their readers” (p. 34). Goldingay urges his readers to be open to the fact that the Bible communicates history and its other contents differently than present writers do and that his audience must approach the understanding of scripture on its own rules (pp. 3, 173). Another satisfying feature of the book is the author’s observation that the New Testament epistle writers did not seek to communicate complex theological truths with “abstract and theoretical language.” Instead, epistle writers wrote “in picture language” (p. 122). For instance, when talking about the importance of Christ’s atonement for Christians, Goldingay notes how “being a Christian is like being declared innocent when you were guilty, like being made free instead of being a slave, like being admitted to the presence of a great king” (p. 123). This quote also shows the writer’s skill as a wordsmith. Most of his writing pops with precision, clarity, and vivacity.

Concerning problems with the book, there is one major possibility. Goldingay claims that in the prophetic books of the Old Testament that “not everything in each book was uttered by the prophet whose name appears at the head of the first chapter” (p. 100). In short, the prophet Isaiah did not write the whole of Isaiah; a “Second Isaiah” wrote some of it (pp. 100-108).  Also, the author of the book of Daniel lived in the second century B.C. and was not the Prophet Daniel from the sixth century (pp. 141-144). The traditional view is that there is only one author of the book of Isaiah, Isaiah himself, and the Prophet Daniel predicts details that happened to the Jews a few centuries after he lived. Potentially, readers of a more conservative evangelical or fundamentalist theological persuasion with at least a passing familiarity with aspects of higher criticism may put the author in a moderate/ liberal theological box and neglect the valuable insights that he makes available to his readers. Additionally, a surprising number of typographical errors are present on page two of the book. The chapter numbers do not correspond with the descriptions of the chapters that they follow, nor do they match the chapter numbers listed in the Table of Contents. For example, the two chapters in Part IV in the Table of Contents are chapters 13 and 14, not chapters 14 and 15 (p. 2).

A Reader’s Guide to the Bible does not cite any scholarly sources but provides a brief scripture index. These features make it easier for a general audience unfamiliar with the Bible to read the book. Also, the book is ideal for an “Introduction to the Bible” class in Bible College and university settings for beginning theological and biblical studies students. If someone is seeking works of a more technical nature, Goldingay’s opus alone would supply them with numerous choices. Overall, this reviewer highly recommends this work as a creative and useful introduction to the Bible. 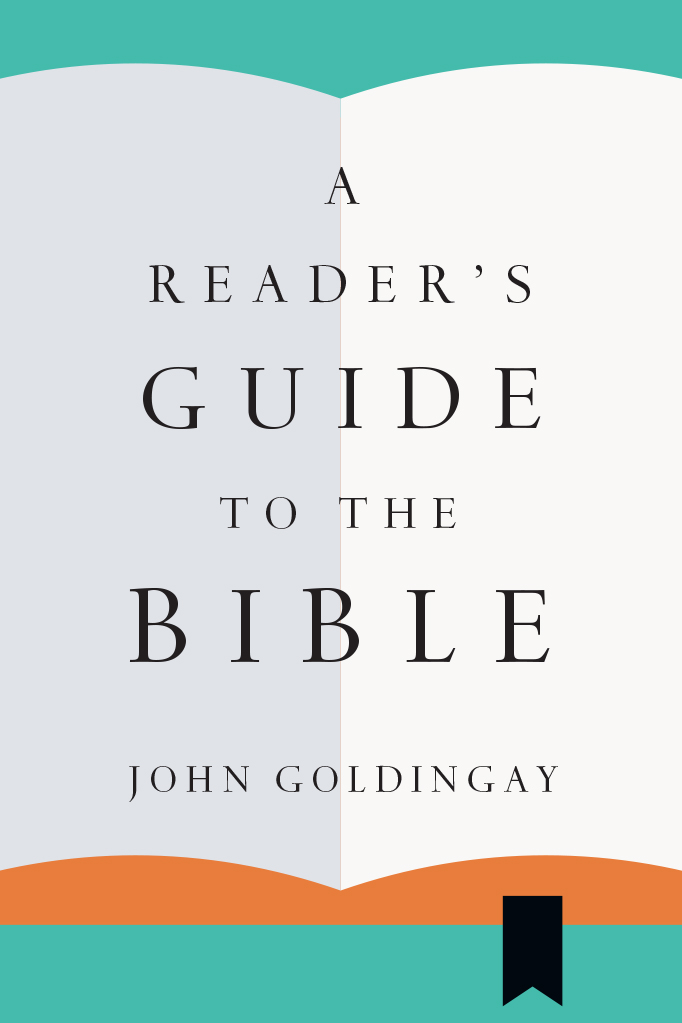