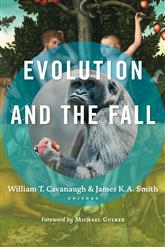 A wide spectrum of twentieth century theology was marked by a revision of the doctrine of the origins of sin. In most cases, concern about evolutionary science, and especially the science of human origins, was a powerful motivation. The origins of sin were recast in various forms—either as mythopoetic, metaphysically inevitable, or the consequence of a certain sort of freedom—in a way that led the doctrine away from the problems posed by evolution, but also led it away from important traditional claims, for example, that all humans became sinners by the voluntary act of the first two human beings. Because of these novelties, or because of their perceived consequences, many evangelicals and other traditionally-minded theologians declined to follow many of the great twentieth century thinkers down this path. Yet the problems that prompted the revision of the doctrine have, if anything, grown in recent decades. There is thus a renewed urgency, but also a renewed spirit of openness from traditionally-minded thinkers for reconsidering if, and if so, how, to think of the Fall in light of evolution.

As traditionally-minded theologians increasingly come to think about issues related to natural science, there is a need for quality engagement from top scholars who can speak from and to their community. Evolution and the Fall offers a start at fulfilling this need by bringing together a largely (though not exclusively) non-specialist roster of authors to reflect upon this interesting and consequential topic in a compact volume.

The book has four parts which, besides the biblical theology section, are rather free gatherings of related topics which might have been arranged in any number of ways. The book begins by introducing the natural scientific basis of the problem and offering theological reflections. The second part centers around biblical scholarship on the relevant scriptural passages. The third part includes reflection on the Fall and culture, and the last section, “Reimagining the Conversation,” includes two essays offering reflections more distant to the volume’s center of gravity. Overall, the book’s organization is slightly more distracting than helpful. Ten essays are distributed between four sections. With a collection this small, doing without sections altogether might have been better. Fortunately, this same short length means it is easy for the reader to find what they are interested in without reference to section or theme.

Two of the essays in this volume (Celia Deane-Drummond’s “In Adam All Die?” and James K. A. Smith’s “What Stands on the Fall?”) deal mainly and directly with the theological difficulties evolutionary findings pose, and offer possible solutions. Both reflect on the problem from places of strength: Deane-Drummond from her Roman Catholic background, Smith from his Augustinian-Reformed background. Theologians interested in this topic should turn to these essays first. Smith’s essay, in particular, offers a powerful and succinct case for the classic doctrine. Both offer imaginative retellings of the origins of sin, taking into account the evolutionary issues and the authority of their relative traditions. Whether either account is truly satisfactory, however, is up for debate.

For readers interested in detailed theological reflection on the Fall in light of evolution, the book ends here. The remaining essays are related, but not so specifically or pointedly. The biblical scholarship in part two is interesting but the principal conclusions are modest: the biblical texts, we are told, are underdetermined with respect to the Augustinian account. Further reflections in that and other sections include the suggestion that the Fall is a paradox that we should not attempt to understand but hold in tension, that the doctrine of the Fall has something important to teach transhumanists, and that there are limits to scientific authority in conversation with theology—all worthwhile theses in interesting essays, yet little help for the student or theologian wanting to explore or explain the difficulties and possibilities attending the doctrine of the Fall in light of evolution. If, on the other hand, these orbiting topics are of interest, this volume offers a number of accessible and worthwhile essays on a range of topics. What it lacks in focus or depth it makes up for in variety and breadth. For many readers that will mean greater interest.

The greatest strength of Evolution and the Fall is its tone, set in large part no doubt, by its germination in the warm soil of the Colossian Forum. The authors involved show remarkable care for the topic, for one another, and for their possible readership. Ideas are handled gently, differing opinions with respect, the project as a whole with a certain reverence. This makes the volume ideal for students, scholars, lay readers, and others who are new to the topic in its modern guise and who would benefit from approaching the topic from the comfort of cultivated piety.

On the other hand, aspects of this approach—for instance, the oft-repeated reference to engaging science “faithfully,” and similar injunctions—might turn others off. Such mottos sometimes appear at precisely those points in the discussion that are least friendly to traditional accounts, suggesting perhaps that the limits of discussion have been set in advance, and within a rather limited scope at that.

This leads directly to what I take to be the volume’s greatest weakness: that no author sufficiently engages, let alone advances, the theological claim that there was no Fall. Smith’s essay is a possible exception, but while he offers a criticism of that possibility, he does not entertain its strengths, including its intra-theological and philosophical virtues. This major position cries out for consideration. Given the ubiquity of this alternative in the last two-hundred years of theology, it is deeply disappointing that more reflection, even hostile reflection, was not devoted to it. I was not, therefore, convinced that the natural scientific, theological, and philosophical difficulties which attend the traditional doctrine of the Fall were considered adequately. As a result, the volume left me with the sense that the discussion did not, in the end, get to the bottom of things.

Because of its theological modesty and limited scope of engagement, theology and science specialists have fewer reasons than they might to turn to this volume. Because of its limited natural scientific content and, more importantly, because of its limited dealing with the systematic difficulties of the doctrine, systematic theologians, too, have fewer reasons to turn to this volume than they might. Last and most importantly, although traditionally-minded theologians will find its pages relatively cozy in both tone and content, theirs will be a false comfort since the greatest difficulties attending the doctrine have not really been pressed and so the true mettle of the various forms of the doctrine have been left untested.

Though reflecting a narrow set of initial commitments, I recommend this book to any who would find this angle of engagement a helpful introduction or illuminating perspective between conservative culture warriors and more radical modern theology. I would not hesitate to assign it to students, church study groups, or to converse with it in scholarship, though I would encourage that it be assigned as a conversation starter, not the final word. The volume’s clear writing and potpourri selection makes it ideal for generating interest. Most of all, this volume stands for the courageous turn in traditionally-minded circles to potential problems posed by the natural sciences. And it accomplishes this important, difficult, and ground-breaking task with grace.