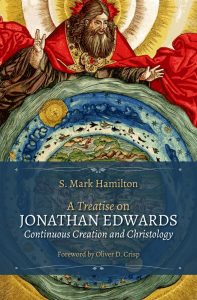 The work under consideration is the first in a series devoted entirely to the publication of “assessable and in-depth treatments of Edwards-specific subject matter” (unpaginated series introduction). As the title suggests, this volume is a philosophical and theological examination of a nexus of metaphysical positions found across Jonathan Edwards’s oeuvre. In engaging Edwards’s philosophical theology, the author—S. Mark Hamilton—follows a trajectory set by his previous essays (e.g., S. Mark Hamilton, “Jonathan Edwards, Hypostasis, Impeccability, and Immaterialism,” Neue Zeitschrift für Systematische Theologie und Religionsphilosophie 58:2 [June 2016]: 1-23). The main agenda of this brief treatise, therefore, is to philosophically clarify Edwards’s overarching commitments to idealism, continuous creation, and occasional causation (chs. 1-3), and then apply these clarifications to Edwards’s Christology (chs. 4-5). Along the way, Hamilton dissents from and revises several prominent interpretations of Edwards’s philosophical theology, most notably from the individual writing the foreword to the book—Oliver Crisp.

The first half of the treatise charts out Hamilton’s revisionary account of Edwards’s philosophical theology; for Hamilton, these revisions are not only the best explanation of Edwards’s philosophical musings, but are also necessary in order to insulate Edwards’s doctrine of continuous creation from internal incoherence. These revisions are as follows: (1) Edwards is an immaterial realist (or relative realist, to use Hamilton’s terminology), which means, in the least, that created minds have a real and independent spiritual substance, even if ultimately dependent upon the divine mind; (2) Edwards holds that these created minds endure across temporal stages as independent entities from those stages, and that created minds only have phenomenal interaction with simple or complex ideas across those same stages; and (3) ideas perceived by created minds across various temporal stages are actually “divine mental projections” (p. 36) created continuously ex nihilo. This last revision does not include, importantly, the intentions of created minds interacting with divinely projected ideas (i.e., their volition). Taken altogether, these revisions render Edwards’s doctrine of continuous creation and commitment to occasional causation consistent with moral responsibility.

The second half of the treatise applies the various revisions from the opening chapters to Edwards’s Christology, which yields, in Hamilton’s neologism, a doctrine of continuous Christology. In particular, the uncreated and immaterial mind (i.e., the divine mind) of the Son assumes—as consistent with Chalcedonian logic—a created and immaterial mind. The human nature of Jesus Christ, on this interpretation, consists of a created and immaterial mind—which endures across temporal stages—and an ideal body—which, “like all perceptible objects, is continuously created (by the Spirit) and re-presented ex nihilo to the mind of Jesus” (p. 92). Furthermore, the Spirit (of the Son) operates as the sole causal and communicative agent throughout the life of the God-man. The Spirit, quite literally, continuously creates the percepts—not the human mind—that Jesus Christ perceives moment by moment. This, according to Hamilton, is the gist of Edwards’s continuous Christology.

Two important gains are worth highlighting from this treatise as it applies to Edwards studies in particular and Christian theology in general. Foremost, Hamilton’s interpretation cogently weds Edwards’s “Spirit Christology” with the thornier aspects of his metaphysics, such as occasionalism. This is no small feat. Fusing together Edwards’s philosophical musings, Christology, and trinitarianism has been a difficult exercise, often leading to larger questions regarding his theological propriety (e.g., Oliver Crisp, “On the Orthodoxy of Jonathan Edwards,” Scottish Journal of Theology 67:3 [2014]: 304-22). Secondarily, Hamilton sets the stage for further investigative work into Edwards’s Christology. For example, Hamilton’s thesis regarding the ideal union of the uncreated mind of the Son to the human mind of Jesus of Nazareth could be utilized to explore Edwards’s relationship to the so-called extra Calvinisticum. Furthermore, Hamilton’s thesis opens the door for a more thorough understanding of how, on Edwards’s understanding, Christ’s human nature can be the “pattern of all” elect humanity (WJE 18:418). The created mind of Jesus Christ, in this sense, contains all ideas regarding creation and election. This includes both stable and substantialized minds distinct from the human mind of Jesus, as well as percepts that are continuously created and made present to created minds across temporal stages. Such philosophical commitments are certainly quirky, though they might prove metaphysically coherent with and a necessary corollary of Edwards’s other theological commitments (e.g., his supralapsarian Christology). In a larger sense then, Hamilton has shown that Edwards’s philosophical theology is not only salvageable, but also potentially serviceable.

Overall, Hamilton’s work exemplifies well the purpose of the series: “assessable and in-depth treatments of Edwards-specific subject matter.” The argument is both lucid and brief without being pretentious and vapid. For the neophyte, Hamilton’s treatise can stand alone, offering a succinct analysis of Edwards’s metaphysics and theology with helpful illustrations to explain trickier philosophical positions (e.g., “stage theory”). For the seasoned Edwards’s interpreter, Hamilton’s short treatise yields much to cut their teeth on; in particular, Hamilton’s thesis provides both a metaphysical tempering and correction of prior interpretations of Edwards’s philosophical theology. One prominent example pertains to Edwards’s occasionalism. Hamilton argues, contrary to Oliver Crisp, that Edwards’s adherence to occasional causation is not as toxic to Edwards’s overall theological program as it might seem, particularly in terms of moral agency. I find Hamilton to be altogether convincing not only on this score, but also with regard to his overarching thesis. Hamilton has shown, through persuasive argument and charitable reading, that Edwards’s various philosophical commitments are indeed coherent, even if certain portions are “nothing short of bizarre” (p. 70). 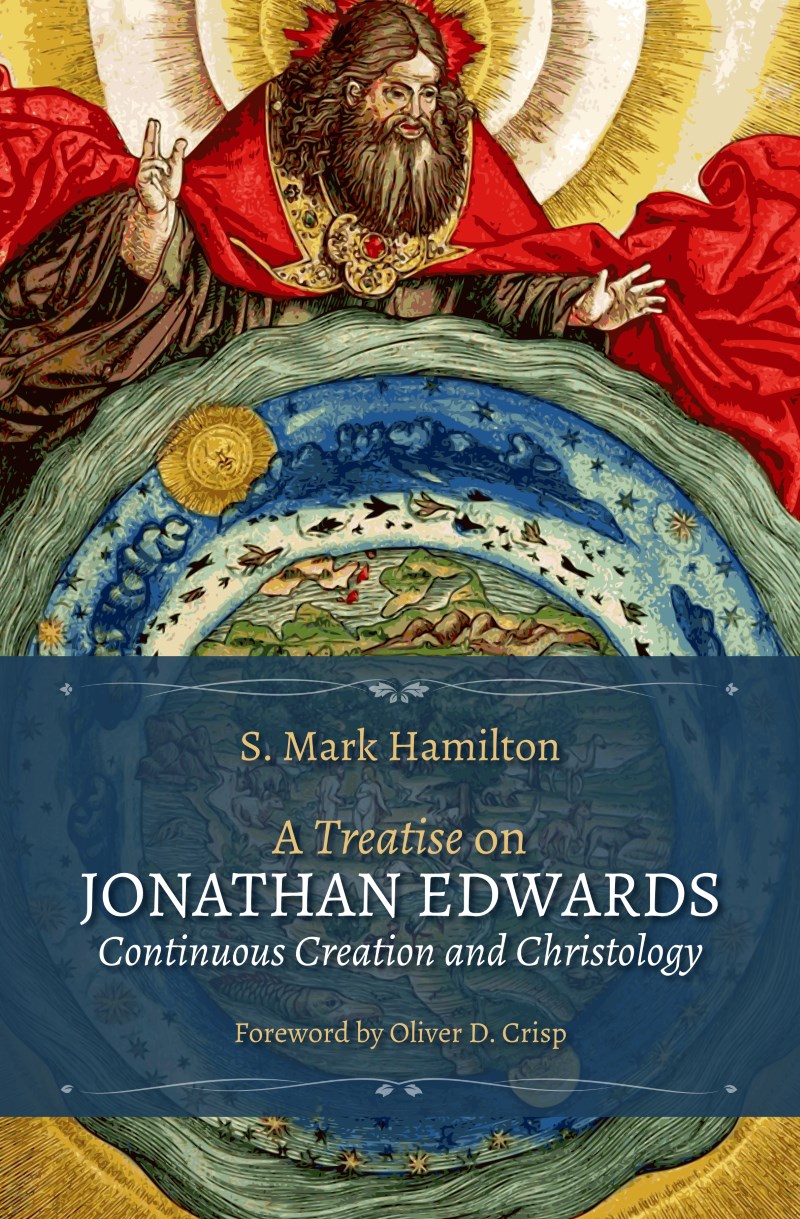