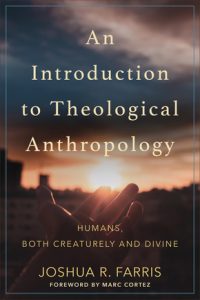 While questions of anthropology continue to dominate contemporary discussions within and without the church, the academic resources providing both introductions and specialized focus lag. This makes Farris’s Introduction to Theological Anthropology a welcome source. Farris covers all the major areas in theological anthropology, expanding beyond what is typically found in overtly theological material or overtly philosophical material. He writes as a sort of bridge between theology and philosophy, engaging the questions, topics, and ideas from both disciplines in a single volume. There are chapters on human identity and ontology (e.g. materialism vs. substance dualism vs. hylemorphism, etc.), human origins, the imago dei, free will, original sin, Christological anthropology, culture (e.g. race, disability, and work), gender and sexuality, the afterlife, and the telos of humanity. Each chapter attempts to provide a high-level summary, explaining the various views and offering several costs and benefits to each. Farris does not always take sides in these debates. His overall goal with the volume is to “advance an overarching vision of humanity that is consistent with ancient and biblically driven views of the human and that, at the same time, is commensurate with and informed by contemporary reflections from the sciences” (p. xviii). Methodologically, he works from Scripture as the norm that norms all other norms but maintains other theological authorities such as creedal statements, conciliar statements, confessional statements, great theologians, reason, and experience (p. 5). The fundamental premise he presupposes throughout the work is that humans are souls (xvii).

Now, I think there are several aspects of this volume worthy of specific commendation. First, Farris covers a huge array of topics, providing a comprehensive introduction to numerous topics and debates. Whether the reader agrees with his conclusions or not, they will benefit from being exposed to the wide range of ideas. This is the book’s greatest benefit and what makes it so useful for undergraduate level classrooms. It will allow students to be exposed to all the major topics and debates in anthropology in one single volume. Second, given his philosophical acumen, he makes a very helpful distinction in chapter 1 between “personal” and “narrative” identity (p. 45). Typically, volumes use “identity” language and mean “narrative” but never explain this. By offering this clear distinction and explaining each, he provides readers with a beneficial resource for navigating these discussions. Third, his distinctions on the versions of the soul (pure soul, kind soul, hybrid soul) is helpful (pp. 64-65). Fourth, his summary of the imago dei and the various views is tremendous. Moreover, his conclusion that while the imago dei may not be identical to a substance view (the view that identifies the image with certain properties or capacities), that any view ultimately requires at least the substance view is perceptive (89).

While more could be said regarding various strengths of the volume, there are also potential weaknesses. And given the need for critical book reviews that are more than mere summaries, I will engage five specific examples in order of ascending importance. As a disclaimer: I have numerous misgivings with his defense of substance dualism, though this is partially my own bias. Therefore, I attempt to limit my critiques at this point to the areas that I find lacking in substantial argumentation rather than mere disagreement.

First, I found it frustrating that Farris does not always clearly say which view he advances. Given that he takes such a controversial opinion as substance dualism from the beginning, I would expect him to continue to be clear as to which positions are preferrable throughout. But he doesn’t do this. For example, when discussing the old earth view of creation and how humans are related to Adam, he doesn’t take a position and doesn’t help the reader determine which might best fit Scripture and tradition (p. 60). While an introduction doesn’t necessarily need to have the author plant his flag in every area, given that he has already done so in potentially more controversial areas is curious to me. Now, it is possible that he simply doesn’t have a strong opinion on some of these and therefore wants to avoid making a decision, which is fair. However, more importantly, many times when he fails to defend a position, he doesn’t guide the reader in thinking about which may be preferrable. With this said, it would be too hasty to conclude that he never guides the reader or that he never makes a firm conclusion. He does this on many, if not most, occasions. However, the times that he doesn’t are a missed opportunity.

Second, when discussing personal identity, he repeatedly claims that the soul can account for it while materialism cannot since the body changes every day (pp. 32, 37, 42, 44). But the claim that bodies continually replace themselves has scientifically been proven false. There are parts of bodies that never change throughout our lives. While some of our parts change, not all of them do. Moreover, there are reasons to reject the claim that mere change in parts is sufficient for change in the whole. Therefore, the argument against versions of materialism from the persistence of identity ought to focus elsewhere than naïve mereological replacement views.

Third, his definition of Reformed theology is overly broad and misleading. He claims Reformed theology is “the tradition that renovated the church by steering it away from the doctrinal excesses found in the Roman Catholic Church….” (p. 5). Elsewhere in a footnote he says that Reformed theology “is a reference to a sociological and ecclesiological tradition that is broader than Calvinistic soteriology” (p. 11). While it is true that Reformed theology necessarily must be these things, it is more than them. And while there are internal debates regarding many historic “Reformed” doctrines, they have boundaries that are tighter than Farris allows. Thus, the way he uses ‘Reformed’ is an improper use of the term and one that is likely unrecognizable to most of his readers. A better term for what Farris means is ‘Protestant.’ ‘Reformed’ is usually historically reserved for those streams of Protestantism that confess the Westminster Confession of Faith, the Belgic Confession of Faith, the Thirty-Nine Articles, etc. Admittedly, his problematic usage of Reformed is not universal throughout the book and he regularly seeks to buttress his writing from traditional Reformed sources.

Fourth, he mentions early in the book that there are two necessary conditions for a church to be catholic. His second necessary condition includes “some understanding of [baptismal] regeneration” (p. 7). However, this is decidedly non-catholic given the overwhelming contemporary Protestant opinion that rejects baptismal regeneration. While his emphasis is on the necessity of a sacramental order of the church, which is absolutely commendable and needed, I do not think this mention of baptismal regeneration was necessary for the argument of the book.  It would have been better to remove this unless he was willing to spend a sufficient amount of space defining and defending it.

My fifth and final critique is similar to my first. There is a serious unevenness with some of his critiques of various positions. To be clear, most of the chapters evidence fairness in argumentation. However, there are others that are seriously lacking. While Farris has full rights to ignore potential solutions to views he rejects, he gives such scant attention to the alternatives of views he rejects it is rather disappointing. For example, in his chapter on freedom, he provides a section devoted to a critique of compatibilism. However, libertarianism receives no such treatment. It is assumed as true because it is “the commonsense view” (p. 123). While I have no problem with defending positions in an introduction (as noted in my first critique, I prefer it!), I find it unhelpful to not provide a list of true costs and benefits for every view—including one’s chosen views.

So, how should the biblical-theological student interact with this book? As mentioned, it would make a great main text for undergraduate students to introduce them to the wide range of issues in theological anthropology. His treatment covers far more ground than other works such as Marc Cortez’s Theological Anthropology: A Guide for the Perplexed, making it an ideal resource. Therefore, those considering what textbook they should use for classroom type settings should give serious consideration to it. For those unfamiliar with the terrain of anthropology and many of the philosophical disputes yet interested in beginning to understand them, Farris speaks in an understandable way that would allow anyone to understand the issues. Ultimately, while I have criticisms of the book, I think it provides a readable reliable guide to the topics and is especially useful for classrooms. 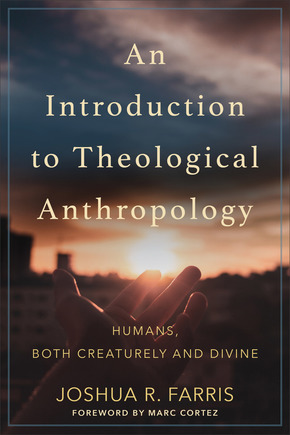