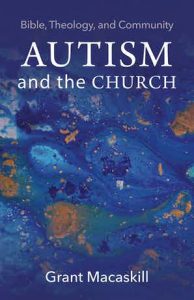 In many ecclesial settings, it goes unnoticed that the church’s autistic members are a gift. In his book, Grant Macaskill has written in a tone of faithful hope about Autism and the Church within an awareness of the sorrow that can accompany being overlooked in such contexts. This book is an example of a biblical theology which dispenses neither of the participatory nature of the church in its reading practices nor the social and scientific research required to write informatively about autism. Macaskill submits the rigour of theological scholarship to its pastoral significance making serious reflection accessible to a larger range of readers than simply those inside the university.

The first chapter presents a brief historical survey of research into autism which ends by guiding the reader to take the experiential element of autism as seriously as the scientific information offered. This sensitivity is a feature which sets the tone for chapter 2. Given that the Bible does not mention autism, Macaskill outlines some proposed conditions for reading scripture responsibly, “in relation to the Gospel of Jesus Christ” (p. 44). Unmasking some common misuses of the Bible, he argues that a responsible reading of scripture is achieved within the communion of the church under the rule of faith. In light of her salvation story, she must humbly read the whole bible in prayer with the Holy Spirit who illumines. Macaskill presents these conditions as six principles, none of which function as values with which to trump other ‘Christian’ or societal values. Rather, he trusts the sufficiency of the scriptures to undo our instinctive value-tendencies as Christ is revealed to us in the text. Thus, with clear emphasis on the doctrine of the incarnation one observes that participation in Christ and providence are chiefly operative in Macaskill’s biblical ethics.

This is witnessed in the argument of chapter 3 in which Macaskill calls out the sinful ways in which we tend to ascribe social worth to those who are cool, hip and charismatic: in other words, ‘normal’. Situating his discussion of this issue around the grace of the cross and the resurrection of Christ our attention is turned towards the triumph of the Holy Spirit over our sinful rejection of grace. Macaskill underlines that we must recognise the autistic members of the body as gifts and he concurrently warns against accepting such members (or any members) because of what social capital they can bring to the group. Recognising that churches are social and sensory spaces, chapter 4 offers practical suggestions for churches to accommodate the sensory needs of people with autism. As the church learns how to be a body which suffers and rejoices together in worship, Macaskill cautions that mistakes must not lead us to despair.

Chapter 5 examines some of the typical weaknesses among some people with autism. In view of the failures of the whole church body, he argues for a “theology of weakness” through exegesis of 2 Corinthians 3-4 and passages from Hebrews 1, 3, 9 & 10. His major theological move here is to re-examine the word ‘flesh’ as used by Paul in the New Testament which can refer either to the sinful nature or physical frailty. He reassures that in both uses of the word, the scriptures underline that “our flesh is weak” (p. 143) and that this weakness is the medium through which God’s strength is manifested. Reading weakness as the hermeneutic brackets surrounding the sinful nature and physical frailty, Macaskill recaptures this common biblical motif. Thus, the New Testament texts prompt Macaskill to accentuate the providence of suffering and the redemptive repurposing of even the sinful nature for the good of the Christian. Though he does not use this word, this aspect of the discussion about autism might offer fresh insight into the doctrine of sanctification, uncoupling the doctrine from the idea of “becoming better versions of ourselves” (p. 157). Macaskill, rather discusses the challenges of personal formation and virtue, highlighting that change is typically more difficult for those with autism but not impossible. To invite further reflection, it might be worth investigating the relationship between his “theology of weakness” and Luther’s theologia crucis.

The final chapter exegetically grounds how weakness can be read redemptively, by emphasising the efficacy of the Holy Spirit to co-assist us. Macaskill’s exegesis of Romans 8:26-27 also briefly navigates larger questions about the role of cognition/cognitive disability in autism in the context of church practices. Reflecting on verbal ability, prayer and sexuality, Macaskill’s main encouragement here is to re-affirm our participation-in and union-with Christ. For example, certain traditions who may not baptise individuals until a verbal profession of faith is made, are encouraged to re-examine the work that the Holy Spirit might achieve in individuals non-cognitively but still within the context of the body. This raises several interesting questions about where Paul and the early church fathers located cognitive capability with in the traditional anthropological language of ‘body and soul and spirit’. One could ask whether Paul’s theology of weakness makes room for a pneumatology of intellectual disability focussing on what the Holy Spirit is able to do.

Macaskill’s book invites such questions, leaving ample room for discussion. In this book, students are offered a gentle—no less cutting-edge—introduction to disability theology and New Testament hermeneutics. In addition, I suspect that this book could offer church study groups the opportunity to engage afresh with scripture on a level which takes both scripture and church experience seriously. Aside from neurodevelopmental conditions, this work might also serve a role in equipping the church to listen carefully to others who are overlooked, socially disadvantaged or struggling with mental ill health. Thus, requiring no prior knowledge in Autism Studies or New Testament Scholarship this book is capable of effectively addressing congregations, pastors, students and their teachers alike. 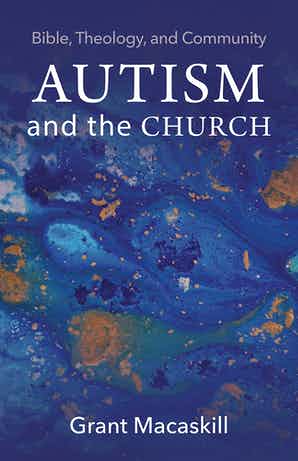