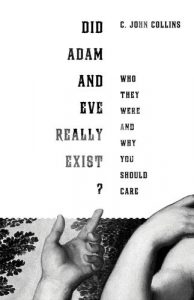 John Collins is professor of Old Testament at Covenant Theological Seminary in Saint Louis, Missouri. In Did Adam and Eve Really Exist, Collins uses his skills in Hebrew linguistics and biblical theology to discuss an issue that finds itself at the intersection of science and faith. Collins has also published Faith and Science and a commentary discussing his linguistic and theological analysis of Genesis 1–4.

The traditional view of Adam and Eve throughout most of church history has been that they were actual people through whom all other human beings descended and through whom sin entered into the human experience. Modern scientific claims, however, have caused much skepticism concerning this traditional view and have led many Western Christians to abandon belief in a historical Adam and Eve. In Did Adam and Eve Really Exist, Collins argues that the traditional view (or some variation of it) does the best job accounting for the biblical materials and our everyday experiences as human beings. In doing so, his goal is to establish what he refers to as “mere historical-Adam-and-Eve-ism” (alluding to C. S. Lewis’ Mere Christianity) in which only the essential elements affirming the biblical depiction of a historical Adam and Eve are discussed. That is, Collins will only be establishing that the Bible and human experience demand that we understand Adam and Eve historically and will not proceed from this basic statement to discuss how he puts all the biblical and scientific details together (p. 13).

After a short introduction, chapter two establishes some foundations for the remainder of Collins’ book. Collins discusses 1) the importance of literary and linguistic approaches to Scripture, 2) the differences between “myth” and “story” and how “story” often contains a vital historical core for worldview formation, and 3) key elements of the biblical metanarrative, including the idea that humankind needs redemption because something went wrong at the “headwaters.” In chapter three, Collins discusses each biblical passage referring to Adam and Eve (he also discusses some references from intertestamental material). Collins concludes that while not every passage examined demands a historical Adam and Eve, some do. The manner in which Jesus (by way of the Gospels) and Paul invoke the biblical story and build upon it necessitates a historical Adam and Eve (pp. 76–90). In chapter four, Collins discusses theological convictions demanding a common origin for all human beings and argues that these convictions align with the human experience of both believers and non-believers. Collins specifically argues for the dignity of every human being because of their connection to the image of God in an original couple and how a common ancestor explains why all humans yearn for justice. In chapter five, Collins establishes four criteria for any acceptable scenario explaining human origins. Collins states that any acceptable scenario 1) must allow for the origin of the human race to go beyond a mere natural process, 2) allow for Adam and Eve at the headwaters of the human race, 3) allow for a historical and moral fall, 4) and allow for Adam and Eve to be at least the chieftains of a singular tribe if it were determined that humanity stems from multiple people. Collins then discusses several views which possibly fit within these criteria. Collins concludes by reiterating that the traditional understanding of Adam and Eve should be believed. He states five reasons why he believes this matters. 1) The goal of the Christian story is to help us make sense of the world. If a foundational part of that story is abandoned, we give up all hope of understanding the world in which we live. 2) The idea that sin is an alien invader infecting the entire human race depends upon the story of an original human couple. 3) Failure to affirm a common origin for all mankind prohibits us from affirming the common dignity of all people. 4) The story of Adam and Eve will, sooner or later, determine how committed one is to biblical authority.

John Collins’ expertise is in biblical interpretation and this expertise shows in chapter three in which Collins overviews all of the relevant biblical material pertaining to Adam and Eve. His discussions reveal his mastery of the material and leave the reader with no doubt that the Bible confirms a historical Adam and Eve. The subsequent chapter, in which Collins reflects theologically on the importance of a unified humanity, is also much appreciated. Even if one were to depart from Collins’ exegetical views, he still provides a reason to affirm the importance of unified human origins.

Collins conceived of this work as an attempt to set the outer boundaries of what the biblical evidence could possibly allow concerning interpretations of Adam and Eve. Such an endeavor is of course valuable, but its usefulness for people trying to go beyond this basic issue will be limited. The scenarios which Collins discusses in chapter five illustrate the limited nature of the book. He surveys scenarios stemming from young earth creationist (p. 122), old earth creationist (pp. 122–128), and C. S. Lewis (pp. 128–130) and affirms that each one could conceivably fit within his presentation of the biblical evidence. Francis Collins, founder of BioLogos, affirms the view of C. S. Lewis. One could hardly find three more disparate views on any biblical subject. Since this is the case, it is somewhat unclear what John Collins has actually accomplished. One could make a similar critique of Mere Christianity, with which Collins compares his book. Lewis’ book may identify some primary characteristics of Christianity, but it would be impossible for anyone to remain at that level for very long.

In conclusion, Collins’ analysis of topics pertaining to biblical studies will always be welcomed. His insights into the biblical texts and linguistics will benefit any reader. Concerning the specific issue at hand, however, readers will need to supplement this book with the materials summarized in chapter five. Readers who do this may find themselves coming to different conclusions than Collins concerning what will fit within criteria derived from the biblical texts. 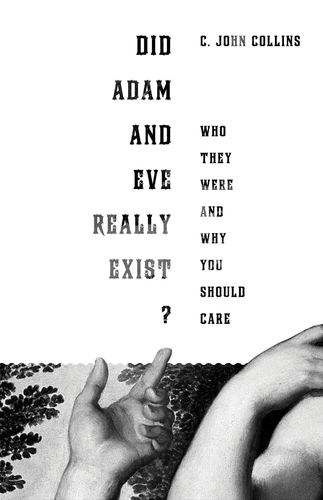