Gladd, Benjamin L. From Adam and Israel to The Church: A Biblical Theology of the People of God. Essential Studies in Biblical Theology. Downers Grove, IL: IVP Academic, 2019, 182 pp. $22, paperback. 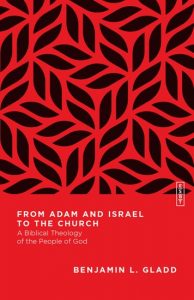 In this new volume, Gladd states that From Adam and Israel to The Church examines the figure of Adam, Israel, Christ and the Church through the lens of the image of God (p. 4). He asserts that the image of God should be understood in the offices of king, priest, and prophet, and then he demonstrates how Adam and Eve fill these offices (pgs. 12-19). Like his previous work, on this point his analysis depends largely upon Eden as temple. Chapter two examines how the fall of humanity led to the abuse of the authority that comes from the image of God. In response, he introduces the concept of an anti-image expressed in the anti-king, the anti-priest, and the anti-prophet (pgs. 27; 33). Chapters three and four move from Adam to Israel, and here Gladd identifies Sinai as a three-part temple parallel to Eden (p. 39). This connection provides background for Israel as king, priest, and prophet. Chapter four also shows that being the people of God should not be understood in purely ethnic terms in the Old Testament (pgs. 52-54).

Chapters five, six, and seven look at Jesus as king, priest, and prophet. Chapter five discusses Jesus as king by introducing the concept of inaugurated eschatology, the idea that Christ’s resurrection is a “sample” of the work God is going to finish at the end of time (pgs. 76—78). Jesus as priest is typified by the temple cleansing (pgs. 95-97), with the Great Commission functioning as a promise to make the whole world a temple (pgs. 99-101). Gladd uses the wilderness temptation as a framing device for Jesus’ prophetic ministry. Specifically, Jesus’s usage of the Old Testament displays his trust in the Father in ways that Adam and Israel failed (pgs. 103-109).

Chapters eight, nine, and ten cover the Church as king, priest, and prophet. Gladd uses the appointment of the Twelve, Pentecost, Paul in Romans 16 and Ephesians 6, and Revelation 7 to show the similarities and differences in the royal responsibilities of Israel and the Church (pgs. 117-127). Chapter nine emphasizes the presence of God in the Church and the accompanying call for holiness. This communicated holiness is the role of the Church as priests. Gladd interprets Pentecost and the expansion in Acts as the reversal of the partial obedience of Adam and his descendants. This contrast is most explicit with his comparison of Babel and Pentecost (pgs. 144-148). The chapter ends with an overview of the perspectives on spiritual gifts (153). Chapter eleven looks at the people of God in the final state. Using Revelation, Gladd points out several images used to describe the people of God and the anti-people of God (pgs. 157-162). He also examines how kingship, priesthood, and prophethood will function in the new creation (pgs. 162-167). Chapter twelve highlights the key themes Gladd wants the reader to take away from the book: membership in Israel is by faith rather than ethnicity, the significance of life come from reflecting the image of God, Christians should support a just society, Christians should encourage proper worship of God alone, and Christians should value the commands of God (pgs. 171-173)

Gladd’s book does not intend to break new ground in the discussion of the people of God. The work is intended to be a general survey of a theme across the Bible from a Reformed perspective. Each chapter is clear and readable, and the author provides helpful bibliography for the themes discussed in each chapter. The works references are from a relatively narrow perspective, but the works cited have a generally broad bibliography. There can be a tendency within biblical theology to read the Old Testament exclusively in light of New Testament use. The treatment of the Genesis narratives shows particular concern to avoid this problem. The discussion of the temple motif of Genesis 1-3 summarizes the main points of the argument.

A second criticism relates to the structure of the book. The structure of a book or argument matters because it may reflect a particular emphasis of the author. It also influences how a reader understands the work in relationship to the parts and other related works on the subject. Given the parallelism of roles is a key part of the argumentation, the structure of this book is essential. The author appeals obliquely to “theologians” explaining the divine image in these three motifs (p. 12). Eusebius uses the order of priest, king, and prophet (Hist. eccl. 1.3.8-9). The Westminster Shorter Catechism uses prophet, priest, and king (Questions 23-27). There is no in text explanation of this order. Hans Walter Wolff’s Anthropology of the Old Testament is the only author cited in the section where such a justification occurs. Wolff only supports the idea of ruling as the image of God in the place cited. Chapter eleven uses the order of priest, king, and prophet with no explanation of why the previous structure does not work in the discussion of the final state. A discussion of the structure and relationship of the offices would strengthen this book as a whole. From Adam and Israel to the Church is a good example of biblical theology accessible to the layperson or useful in a college course on Biblical anthropology. This book is a promising initial installment for the series. 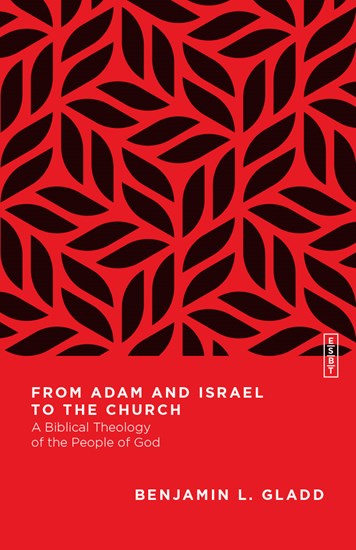