Anne E. Inman’s Hild of Whitby and the Ministry of Women in the Anglo-Saxon World clearly distills insights from years of teaching, service within the church, and research into a compact and lucid account not only of the life of Hild of Whitby, but of the roles of women in the early medieval church. In a book that offers as much perspective on modern debates about the roles of women as it does historical theology and Christian practice, both Inman’s theological training and practical experience are apparent.

Inman uses the life and ministry of Hild of Whitby to frame an account of the ministry and roles of women in the seventh century church, prior to the merging of the Celtic and Roman traditions. This approach works well, although we have no surviving writings from Hild and limited information on her life, filtered primarily through the works of Bede. Yet, Hild appears throughout seventh- and eighth- century texts, as her life and ministry intersected with many (if not most) of the major political and religious figures of her day. Inman’s account, proceeding from Hild’s childhood to her probable marriage, to her time as abbess and eventually to her death, thus gives a chronological overview of her world. In this overview, Inman systematically explores Christianity in Britain, monasticism and the role of abbesses in the double monasteries common in Anglo-Saxon Britain, theological approaches to sacraments and liturgies, tensions between Celtic and Roman believers, and, most significantly for Inman’s argument, ordination and authority in the seventh-century church. In the book’s introduction and seventeen brief chapters, Inman continually reminds her readers that we should not assume consistent meanings of terms like ‘ordination’ and ‘sacrament’ across the church’s two millennia of history, but instead need to look at how earlier Christians defined and applied these terms to arrive at a more honest perspective on the question of women in ministry.

Inman’s narrative has two main goals, both of which are articulated in the book’s final sentence: “for the sake of a more authentic telling of the tradition and a greater conformity with the mind of Christ, it is high time that the shadow of patriarchy that has so effectively blotted out Hild’s role as one of the great spiritual mothers of the early medieval period was removed, so that her brilliant light might shine out more fully in the tradition that she helped to shape” (p. 204). The first of these goals, and the one that gives her book its narrative arc, is to recover the life of Hild and her influence on the growth of medieval Christianity. As Inman astutely points out through comparisons of multiple medieval accounts, eighth-century authors like Bede repeatedly minimized the role of Hild and other powerful medieval abbesses. In perhaps the best example of this, in her chapter on “Hild the Overseer,” Inman uses a skillful interrogation of primary sources to show the gaps between what, practically, Hild must have done in her role as the most significant religious leader in her region and what Bede acknowledges Hild to have done. Hild was likely the most educated believer in her region, and accounts by authors like Boniface give insight into the high level of theological and scriptural learning attained by Hild’s monastic contemporaries, yet Bede does not use the title “teacher” to refer to her work (pp. 118-122). Thus, both scholars and theologians have assumed that Hild did not teach, and this assumption has helped support arguments against women teaching in the church. Inman’s careful historical research challenges common assumptions about teaching, ordination, and administration of the sacraments, reclaiming for readers the breadth of Hild’s work and influence.

Inman’s second goal directly relates to challenging these assumptions and often overshadows her first goal of reclaiming Hild’s life. Particularly in chapters on “Hild the Confessor,” “A Window onto Ancient Liturgies,” and “Hild the Overseer,” Inman seeks to show that, in debates over the role of women in the church, we are often reading second-millennium assumptions about the meaning of terms like ordination, sacrament, and confession onto first-millennium practices that used these terms very differently. In Inman’s reading, the real significance of the Synod of Whitby is not the melding of Celtic and Roman traditions for a more centralized European church, but the imposition of the Roman system, with its “insistence on a strict hierarchal system of patriarchy” (50), onto a church that had previously emphasized equality and spiritual gifts after the teachings of Christ, at least in its Celtic expressions. Arguments against female ordination or the past practice of women as active administrators of sacraments and confession cannot, according to Inman, “be upheld with regard to Hild’s own century, the seventh; thus, [they] cannot be said to constitute the constant tradition of the church from the beginning” (p. 86).

As a book that is aimed both at recovering a historical figure and at answering current debates and questions within the church, this book has to speak both to specialists in medieval religion and to those more interested in the contemporary care of souls through ministry. Inman accomplishes this balance through writing an accessible narrative that takes the time to explain both the historical and contemporary contexts in which it fits, offering up explorations of Celtic theology and piety alongside reflections on contemporary church practice. Inman’s book also includes a glossary of terms, a thorough introduction to sources, and careful contextualization throughout. While lightly cited, with some chapters having as few as seven endnotes, Inman provides enough guidance into other scholarship to give the interested reader a starting point. This is certainly not a comprehensive scholarly guide to either seventh-century theology or the role of women in the church, either historical or contemporary. However, its thoughtful reframing of historical narrative and of contemporary debates offers up a multiplicity of questions for the thoughtful reader, whether within the academy or the church. The value of this work lies ultimately not in its recovery of the historical Hild or in its discussion of theological shifts in an often-overlooked period, but in its broadening of debates over the role of women in the church beyond exegesis of a few biblical passages to include historical practices and theological frameworks. 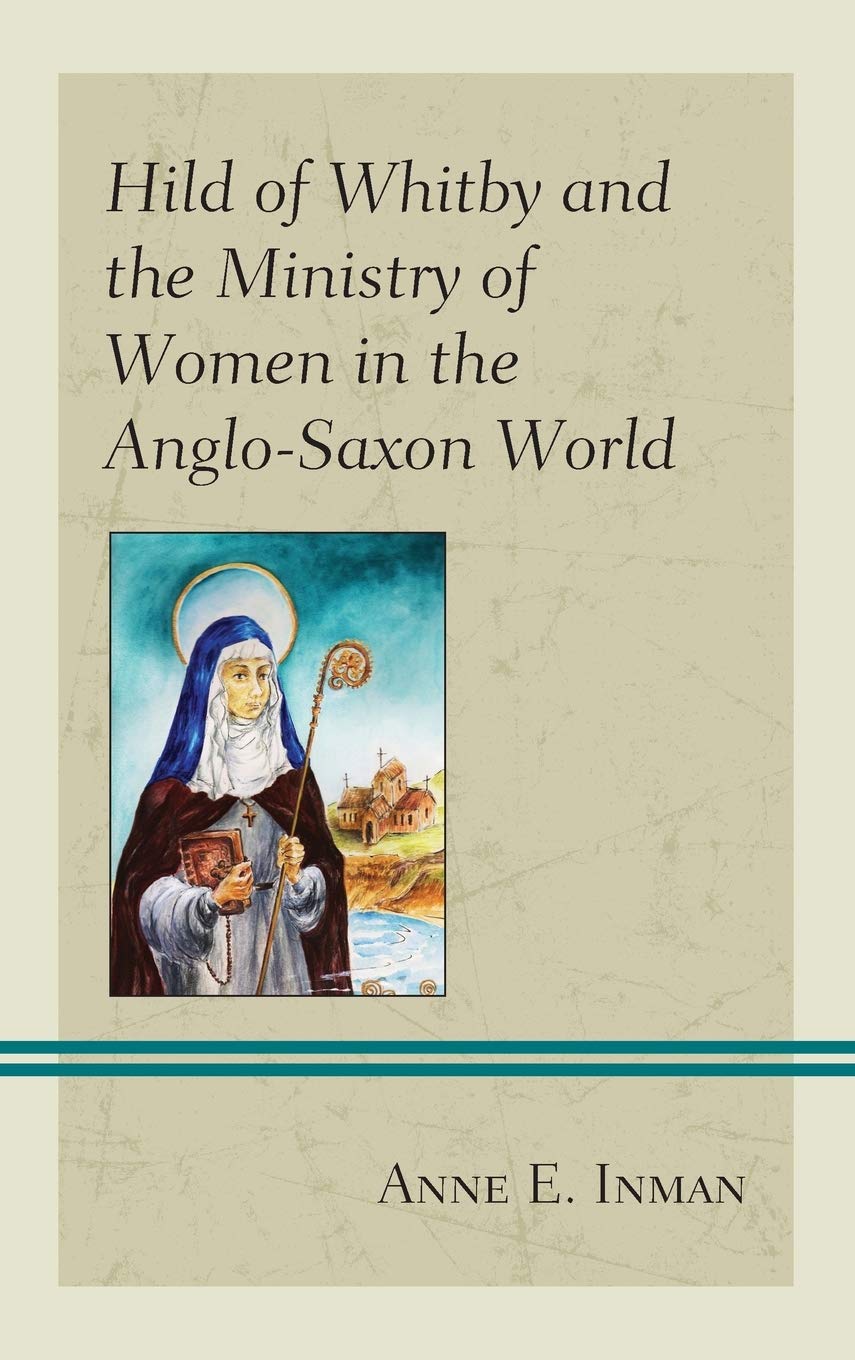