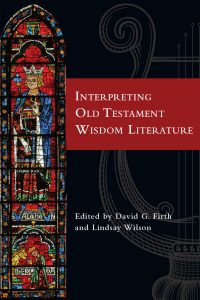 David G. Firth is Old Testament Tutor and Academic Dean at Trinity College, Bristol.  He is the author of 1 & 2 Samuel (AOTC), The Message of Esther and The Message of Joshua (IVP, 2009, 2010, 2015), and co-editor of Interpreting the Psalms, Interpreting Isaiah, Interpreting Deuteronomy, Words and the Word and Presence, Power, and Promise (all Apollos, 2009, 2009, 2012, 2008, 2011).  Lindsay Wilson is Academic Dean and Senior lecturer in Old Testament at Ridley College, Melbourne, Australia.  He is the author of Job (THOTC, Eerdmans, 2015).

These essays present a concise introduction to the field of Old Testament wisdom literature, which suits an introduction.  The essays work harmoniously to present a wide range of materials.  The contributors disagree at minor points, but the theological preferences do not take away from the harmony.  For example, Ernest views Wisdom in Proverbs 8 as a literary figure (p. 48) while Christopher views Wisdom as the lexicon for Paul describing Jesus in Colossians 1 (p. 192).  The reader gleans choice fruit from the contributors since they consist of scholars in wisdom literature across various disciplines.  However, they do not present a unified perspective on wisdom literature and the solution of unity within the canon.

The focus of the book centers upon the individual books of wisdom literature and wisdom’s theme.  Ernest C. Lucas focuses primarily upon the issue of hermeneutics and textual difficulties within the unity of Proverbs (p. 39).  Lucas shines light upon the supposed disunity within Proverbs and proposes a textual unity through word clusters (p. 41).  He provides a way forward to the unity of Proverbs.  Although scholars disagree about the units of clusters Lucas rightly indicates their existence (p. 39).

Rosalind Clarke demonstrates Song of Songs’ place among the wisdom literature, even though modern scholars detached it from the wisdom corpus (p. 101).  Clarke links Lady Wisdom and the Shulamite through the theme of pursuit of a woman and attaining wisdom (p. 112).  She demonstrates the link between Proverbs and Song of Songs so that the reader sees the intentional link between the two women.  Clarke briefly addresses the intertextuality between the books and provides a well-balanced addition to the field of Old Testament studies.

The third section focuses upon ideas within the Old Testament.  The ideas cover a hermeneutical and theological discussion so that each chapter poises itself to contribute to the unity of wisdom literature within the canon.  Gregory Goswell discusses whether Ruth belongs in the wisdom literature through post-compositional framing from the Hebrew tradition.  The LXX and Leningrad Codex place different emphases through the ordering of the canonical books (p. 117).  Goswell argues that the Hebrew tradition creates a post-compositional framework (p. 132).  In this essay, Goswell presents a well-grounded argument for interpreting Ruth in a wisdom framework considering the book’s placement after Proverbs. Ruth models a wisdom ethic of Proverbs when positioned after Proverbs (132).

The final idea discusses God’s absence in wisdom literature.  Brittany N. Melton suggests that wisdom is the way to God but wisdom is not always attainable (p. 216).  Wisdom literature presents a tension between divine presence and absence.  Melton suggests that God is hidden behind wisdom and we cannot fully know God but only in part (p. 216).  I would suggest that God is not hiding behind wisdom but in wisdom since wisdom is a revelation of God.  Lady Wisdom calls out to all in the city but the foolish do not heed her call.

The students of biblical theology will benefit from these essays as they introduce the pressing topics within wisdom literature.  The essays serve to orient the biblical theologian to the wide range of materials within the wisdom corpus.  They serve to survey the issues and point to further study so that the student can navigate the literature.  The essays provide a balanced approached to understanding wisdom literature in the modern world.  The reader will benefit greatly from these essays.

Interpreting Old Testament Wisdom Literature provides a great introduction to the breadth of wisdom literature.  The essays clarify the field of wisdom literature and give a tangible introduction.  The essays present the unity of the wisdom corpus among diversity of the Old Testament literature.  The scholars make genuine efforts to show uniting and disjunctive forces within the wisdom corpus.  These essays benefit pastors and scholars.  The pastor will benefit from the lucid brevity of the articles and scholars will benefit from the suggested topics of further study.  Interpreting Old Testament Wisdom Literature suggests areas of study and dissertations awaiting to be written.  The Ph.D. student should read with intrigue as considering his topic and thesis. 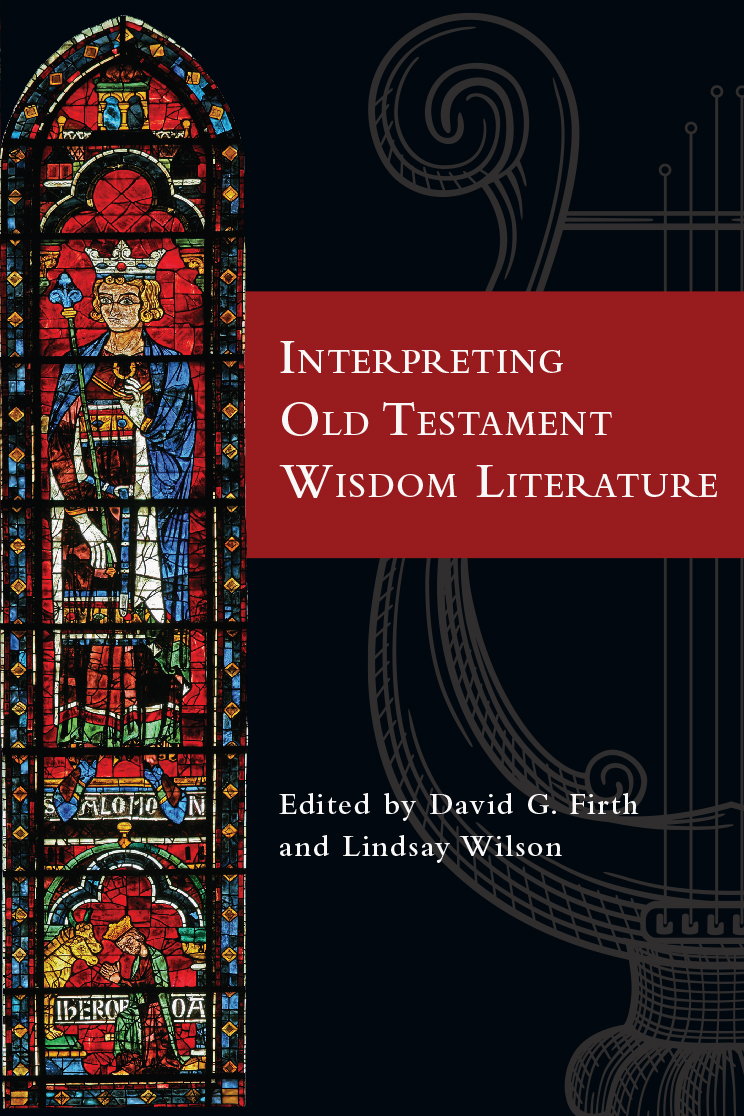