Lockett, Darian R. Letters from the Pillar Apostles: The Formation of the Catholic Epistles as a Canonical Collection. Eugene, OR: Pickwick Publications, 2017, pp. xviii + 255, $33.00, paperback. 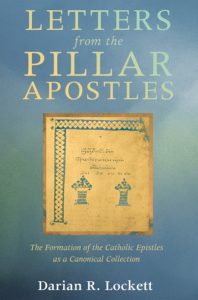 Darian R. Lockett (Ph.D., University of St. Andrews) is Associate Professor of Biblical and Theological Studies at Talbot School of Theology, Biola University.  He has previously authored An Introduction to the Catholic Epistles (2011) and Understanding Biblical Theology (2012), and these works reflect two of his main areas of research: Biblical Theology and the Catholic Epistles.  The present volume, Letters from the Pillar Apostles, offers an intersection of the above two research fields (p. ix).

Lockett’s present volume emerges from a recognition of the lack of studies related to the hermeneutical importance of the Catholic Epistles as a discrete unit or collection within the New Testament canon (p. xiii).  The main intention of the book is to argue that “it is both historically and hermeneutically plausible to receive and read the Catholic Epistles as a canonically significant collection” (xvii).

Commencing his work with a critical survey of previous hermeneutical approaches that have attempted to read the Catholic Epistles as a collection with some degree of coherence in canonical context, Lockett wishes to further advance from previous studies by putting an appropriate emphasis on the balance between history (i.e., the historical situations of each individual letter) and theology (i.e., the theological placement of the letter as a whole within the New Testament) – “a balance that uniquely only the concept of canon can maintain” (p. 27).

For Lockett, ‘the concept of canon’ is identified with ‘a broad notion of canon,’ – that is, the entire process of composition, redaction, collection, arrangement and final shaping altogether leads to the formation of the canon.  In so doing, on the one hand, Lockett wishes to hold together the concepts of canon and Scripture and, on the other hand, the entire canonical process, from composition to canonization, is to be understood “as a historically interrelated and hermeneutically significant process” (p. 58).

The main body of his argument (chapters 3 to 6) presents a survey of the Patristic, manuscript, paratextual and compositional evidence.  Thereby, Lockett wishes to demonstrate that this evidence together leads to the traces of “collection consciousness” or “canon consciousness” – that is, “[t]o varying degrees, authors, editors, and compilers were aware of the canonical process in which they participated” (p. 51).  This evidence specifically includes 1) the “indirect” evidence of the early and Patristic citation or use of the Catholic Epistles in the early church along with the early manuscript tradition, such as papyrus, parchment fragments and major codices; 2) paratextual evidence including collection and arrangement of texts (within a larger, multi-text book roll or codex), super- and sub-subscripted titles, reading aids such as textual division, nomina sacra, author bios, hypothesis, or kephalaia, and the presence of a colophon; 3) the use or citation of the same Old Testament in the Catholic Epistles and the common use of the same catchwords or catchphrases – especially, a repeated key word or concept; 4) framing devices (inclusio) and themes in the Catholic Epistles.

Lockett comes to a conclusion that “one can discern a collection consciousness within the Catholic Epistles such that they should be read and interpreted as an intentional, discrete canonical sub-collection set within the New Testament” (p. 231).  Furthermore, “such collection consciousness, though not necessarily in the preview of the original authors (being perhaps unforeseen, yet not unintended), is neither anachronistic to the meaning of the letters nor antagonistic to their composition” (p. 231).  Therefore, for Lockett, the concept of canon does not obscure the meaning of these texts but rather “the canonical process by which the texts were composed, redacted, collected, arranged, and fixed in a final canonical form constitutes a necessary interpretive context for these letters” (p. 231).

This present volume offers a precious insight into one of the oft-neglected topics in New Testament studies and deserves a due commendation.  As Lockett himself asserts, “[w]hereas the four Gospels and Paul’s letters have received copious attention, these letters, in comparison, constitute the distant shores of a seldom traveled land” (xiii).  Despite a few studies undertaken concerning the so-called “General Letters” or “Catholic Epistles,” rarely has any of them “consider[ed] the possibility of interpreting the Catholic Epistles as a discrete collection” (xiii).  The rarity of his study is certainly of special importance in biblical studies, especially for those who are specializing in the Catholic Epistles.

Another strong feature of his study is his holistic emphasis on history and theology.  His thorough survey of the gradual canonical process, from composition to canonization (particularly, chapters 3-6), strongly demonstrates a connection between the original texts (compositional intention) to the later developments in the early church (canonical intention).  In that respect, many critical studies that have casually undertaken “the academic disconnect and overdrawn separation of Biblical studies and early church history” are seriously questioned and challenged in the present volume (p. 51, 232).  Further, by emphasizing (what Lockett refers to as) “collection consciousness” or the intrinsic and self-authenticating qualities of the biblical texts, he makes a successful case that “the canonical process…is not an external force imposed upon the text by institutional powers, but rather, was driven along by a recognition of pressures within the texts themselves” (p. 237).

However, his work does present minor weaknesses.  First of all, although he emphasizes the balance between history and theology, he hardly explores and investigates the historical or Sitz im Leben elements of each individual canonical writing.  In fact, most of the evidence presented in the book is virtually reception-historical, and this may draw criticisms from more traditionally oriented scholars for favoring canonical intention.  Is Lockett favoring canonical evidences over historical investigation of each canonical writing, or is he simply favoring theological/canonical interpretation?

Second, Lockett wishes to find canonical connections between the Catholic Letters to such a degree that he somewhat loses the sight of each letter’s distinctiveness and its benefits to canonical theology.  The canonical meaning does not blossom only when each canonical writing coheres with one another, but also when each canonical writing distinctively contributes its diversity.  In that sense, the connection and commonality we find in and between the Catholic Epistles are certainly valuable but the diversity must be reckoned with as well, especially if we want to fully take into account the value of compositional intentions inherent in each letter.  In the end, I find Lockett’s work not sufficiently sensitive towards compositional intention. 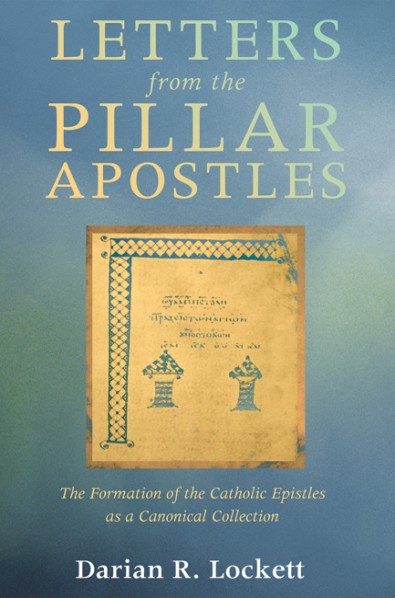