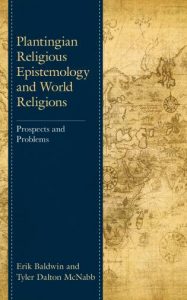 Baldwin and McNabb’s Plantingian Religious Epistemology and World Religions is the first in-depth assessment of the prospects of extending Alvin Plantinga’s strategy for defending the epistemic rationality of Christian belief to other religious contexts. To this end, the authors engage representative positions in Hinduism, Buddhism, Confucianism, Daoism, Judaism, and Islam for determining which, if any, are able to sustain something at least analogous to the Plantingian religious epistemological model. This project is important in light of the well-known Pandora’s Box objection to Plantinga’s religious epistemology: some are weary of Plantinga’s theory if just any proponent of any major world religion can employ it to congratulate themselves for having epistemically rational religious beliefs.

The book is structured in four parts. The first introduces and defends the main outlines of Plantinga’s religious epistemology; the second evaluates select eastern religions in their capacity for integrating that epistemology; the third evaluates Judaism and Islam with respect to the same question; and the fourth engages the aforementioned Pandora’s Box problem. Ultimately the authors conclude that, while the Abrahamic religions have resources for developing Plantingian-type models of rational religious belief, the Eastern religious systems will struggle more considerably. Below I will pick out just some of the key stands in the authors’ arguments, raising one or two concerns where applicable, before offering a closing assessment.

Readers looking for an accessible overview of Plantinga’s religious epistemology and the discussion that has evolved around it since its introduction will certainly find it in the opening chapters of the book. Here the authors also advance some new lines of argument in defense of Plantinga’s views; e.g., for thinking that intelligent design is necessary for proper function, for thinking that proper function is necessary for warrant, and for bolstering Plantinga’s well-known evolutionary argument against naturalism (EAAN).

With regard to the claim that intelligent design is necessary for proper function, I am not confident the authors say enough to dislodge a sensible naturalist conception of proper function. It is important for the authors that they accomplish this, not least because they later go on to identify the failure to invoke an intelligent designer as a key reason for thinking that Daoism and Confucianism, among other religious systems, are very probably screened off from adapting Plantinga’s religious epistemology.

I think that our notion of “proper function” is very likely a thin concept—something like a roughly drawn sketch that might legitimately be filled out in different ways. One such way captures proper function by way of intelligent design, the other by way of natural selection. And so, e.g., I do not see why we cannot say that your heart functions properly when it pumps blood for either (or both) of these two reasons, stated roughly: (1) God designed and created your heart to accomplish this feat; (2) a heart’s accomplishing this feat is a significant part of the explanation for why your ancestors were able to survive to reproductive maturity. Neither concept to me seems entirely correct nor incorrect—but useful for theorizing for this or that purpose. Baldwin and McNabb’s central objection to the naturalistic notion is that it permits the acquiring of a new design plan in cases that disagree with our intuitive judgment (for details, see pp. 31-32). But this hardly strikes me as an argument that proper function could not coherently be conceived as a natural property, so much as simply reflecting the author’s prior commitment to the first way of filling in the conceptual sketch.

In part two of the book, the authors proceed first to engage theistic and non-theistic versions of Hindu religious philosophy, for determining whether these systems are in position to adapt a version of Plantingian religious epistemology. The authors conclude that, partly owing to their viewing reality as “propertyless and qualityless Brahman,” and partly owing to their rejection of an intelligent designer, the non-theistic strands of Hindu religious philosophy do not look promising on this score. Theistic versions like Visistadvaita Vedanta might fare better, the authors suggest, were it not partly for the reason that the view “maintains that individual souls are modes of the divine substance of Visnu,” because it is “not at all clear how modes are the sorts of things that can have design plans” (p. 105).

But can I just register that Descartes thought that beliefs, among other mental states, were modes of thought. But why should that fact preclude us from thinking that beliefs have design plans? I should think a theist might find it natural to say, e.g., that even if beliefs are modes of thought like Descartes envisioned, they still have design plans, and a proper function to perform—namely, to purport to represent the world as it is. Perhaps more discussion on the metaphysics of modes might have been helpful here.

In part three the authors engage the non-Christian Abrahamic religions. While the authors are quite optimistic that these systems can accommodate Plantinga’s epistemology, they do list some minor reservations that may interest the reader—viz., the fact that these religions seems to support obligations to have one’s religious beliefs backed by evidence and argument; and, in the case of Islam, the fact that defeaters for Islamic belief may arise in connection with their seeming inability to rule out divine deception. Finally, the authors conclude with a rather rich discussion of strategies for answering the Pandora’s Box objection. This discussion is particularly important since unless this objection is turned aside then Plantinga’s religious epistemology is in big trouble, especially given the author’s take that all Abrahamic religions are likely able to invoke that epistemology for defending their own non-Christian religious beliefs.

Portions of the book will certainly be of interest to anyone doing research in reformed epistemology, proper functionalism, religious disagreement, and comparative religions. The book is ambitious, as the authors themselves recognize. Some may find it too ambitious and would have preferred a reduction in scope. Still it certainly represents an excellent first pass on the questions it raises, and clearly reflects very diligent scholarship. This is sure to be the starting place for anyone curious about just how far and wide is cast the net of Plantingian religious epistemology. 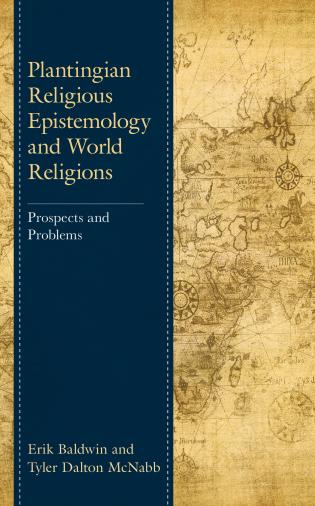