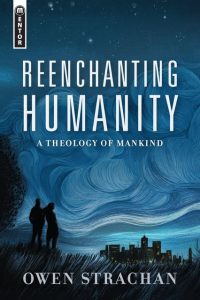 There is significant interest in the questions concerning humankind. The uptick in philosophical, scientific, and theological literature both of a popular sort and an academic sort is evidence of this fact. Owen Strachan in his Reenchanting Humanity contributes to the body of literature on theological anthropology. In it, Owen Strachan raises questions, both historical and contemporary, on the anthropos and offers some answers to them. While it appears to be an academic textbook, it is more of a trade book. Reenchanting Humanity is a lot like a commercial boat with some features of a ship. However, this would fail to take into account the less obvious ships, like a submarine that can move underwater, or a ship that can fly in the air above water. In many ways, Owen Strachan’s Reenchanting Humanity is like one ship, but it falters in accounting for the different kinds of ships.

Reenchanting Humanity takes its inspiration from Charles Taylor’s ‘enchantment’ in his The Secular Age. While Strachan does not offer a definition of Taylor’s term, the reader might work this out if they already have a basic understanding of Taylor’s work. Instead, Strachan advances the term reenchantment as a way to capture what needs to be done when we think about the human being. Certainly this is clever turn of phrase on Taylor’s term. Strachan believes that we need to reenchant humanity by furnishing the context of the biblical story in which to understand humanity.

In summary, Strachan argues for a traditional theological understanding of humanity. He begins his study articulating a conception of the imago Dei. As human beings, we are created in God’s image, according to Genesis 1:26-28, and this becomes an essential and foundational theme as to how Strachan initiates the reader to develop a conception of humanity that has a kind of creational integrity to it. Now, the purpose of, or center of, humanity is in Christ (hence, as he calls it a ‘Christic’ notion shapes the whole). Thus, Strachan fittingly ends by developing his anthropology in light of the Divine-human being; the whole of humanity is ultimately made sense by the person and work of Jesus Christ. The main problem for humanity, i.e., that which causes the disenchantment, is depravity for which Christ as the perfect incarnation of God become human lives and dies so as to save humanity by his work on the cross assuming the just demands of God to sinners standing in their place. This in a nutshell, is the story of the Bible, and the way to orient our thinking about the human, according to Strachan. With that said, Strachan also covers other important topics relevant to contemporary discussions about humanity from work, sexuality, race, technology, justice, and contingency—some exciting topics for sure. However, bringing it back around to the ship’s test, Strachan gives us only one kind of ship.

While Strachan’s book is promoted as a piece of systematic theology, he has little engagement with the systematic theological literature on humanity. In fact, most of the citations are references to biblical commentaries or to biblical theologians. Further, his citations to these biblical scholars fit within one particular community of Christian scholars instead of engaging or pointing the reader to a much bigger world of Christian scholars. This will leave an impression on the reader that there is but one community that simply makes up “Biblical Christianity” or Christian scholars in general. Further, one would expect to see some interaction with a diversity of literature and disciplines that impact the process of systematic theology (e.g., posthumanism).

As a result one is left with the impression that Reenchanting Humanity is more like a boat that is not contrasted with other ships.

I do not want to end on a critical note. I enjoyed reading Reenchanting Humanity. In many ways, Strachan writes with the tone of pastor who has practical aims and objectives. This is surely worth our reflection as we engage with contemporary topics that deserve our attention and re-dressing. Further, Reenchanting Humanity is clean and in many ways well-written, approachable, and widely accessible. It is even across the chapters and synthetic, giving the reader one fairly limited perspective on the subjects. That said, while the title, description, and length give the impression of an academic introduction, at best it frames the issues according to biblical parameters and gives the reader basic footing in some of the biblical prompts for developing a theology of humanity. But again, even these biblical prompts might be re-envisioned in the hands of other biblical and theological interpreters of Scripture. Reenchanting Humanity would serve as an interesting starter from the biblical material for a general audience of pastors, and it might serve as one primer for an undergraduate course on theological anthropology in addition to one or two other textbooks that cover more specific issues in the systematic theological literature. 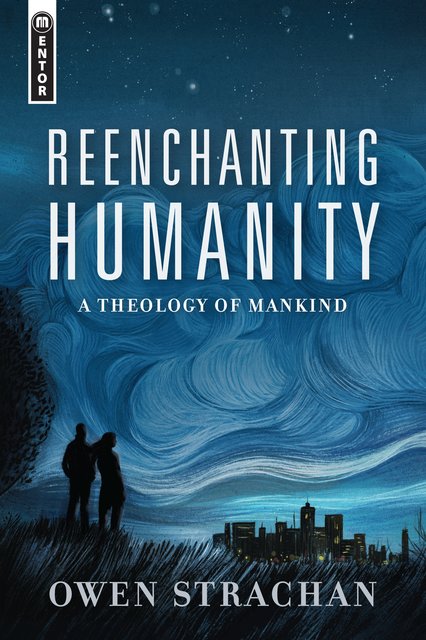