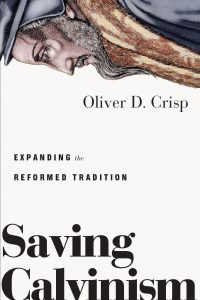 As someone who has written a couple of books critiquing Calvinism, I must say I was intrigued, and somewhat amused by the title of this book. Why, I wondered, would a leading Reformed theologian think Calvinism needed to be saved, and from what? The answer, it turns out, is that Calvinism may need to be saved from some of its most zealous proponents. These zealous proponents, who have led a remarkable resurgence of Calvinism during the past few decades, have claimed the mantle of the great Reformer for those who subscribe to the clearly defined set of doctrines famously summarized in the Tulip acronym. This is particularly true of those devotees of Calvin that have been dubbed “the young, the restless, the Reformed,” who, enthusiastic though they are, may suffer from “a kind of theological amnesia” (p. 12).

Reflecting on the future of the movement, Crisp even goes so far as to say: “In one respect, if the name Calvinism were dropped tomorrow, and no one spoke of Calvinism again, it would be a blessing. Calvin would be turning in his grave to think that his name was used in the way it is!” (p. 42). But of course the name “Calvinism” is not going to be dropped anytime in the foreseeable future, so the only question is how the term is going to be understood and who will rightly claim it. If Crisp has his way, Calvinism will come to be understood in significantly broader terms than it currently is by many of its most partisan proponents. Indeed, his strategy for “saving Calvinism” is clearly signaled in his subtitle that calls for “expanding the Reformed tradition,” which is his prescription for curing those afflicted with theological amnesia.

The second large claim that Crisp argues for in this book is that there is considerable variety in the Reformed tradition with respect to those matters of soteriology that are the focus of the five points of Calvinism. After his first chapter, the rest of the book is devoted to demonstrating and documenting this sort of diversity within the ranks of Reformed theology. In his second chapter, he takes on the Calvinist doctrine that God elects some to salvation, and passes over the rest, which he admits is a “difficult pill to swallow” (p. 59). Given God’s sovereign power, it is only natural to wonder why he does not save more than he does, or even why he does not save all. One classic Reformed answer is that God must display his wrath on those destined for destruction in order to be fully glorified. But here a number of Reformed thinkers have objected. While all might agree that he can display his wrath, it is another thing altogether to say he must. Surely God could choose to forgive all if he so chose, and not ordain any to destruction. Karl Barth famously reframed the doctrine of election in light of this consideration.

The next chapter takes up the vexed issue of free will and salvation, a major point of contention between Calvinists and their critics. Given their view of sovereignty, irresistible grace and unconditional election, it is usually thought that Calvinists must embrace some version of compatibilism. Crisp shows that some Reformed thinkers dissent from this, citing the example of  John Girardeau, who contended that human beings sometimes have the “power of contrary choice” with respect to some significant decisions. These choices, however, do not pertain to salvation, but only to more mundane matters. While Crisp thinks Girardeau’s position is confused or not fully developed, “it does show that not all Reformed thinkers have been of one mind on the matter of theological determinism” (p. 79). The following two chapters take up the issues of universalism and the nature of atonement. While Calvinists have typically rejected universalism, Crisp contends that Calvinists may at least hope for the salvation of all. He also points out that some classic Reformed thinkers like Warfield and Shedd held that the majority of humanity will actually be saved, in contrast to the popular notion that Calvinism teaches that the elect will comprise only a small remnant of fallen humanity. In his discussion of the cross, he challenges the notion that the penal substitution theory of the atonement is the Reformed view.  While that theory has undeniably been enormously popular among Calvinists, it is hardly the only view espoused by Reformed theologians, and Crisp demonstrates that a number of other theories have been defended within the tradition.

On all these points, Crisp successfully shows that the Reformed tradition is more diverse, or in some cases nuanced, than the popular Calvinism zealously promoted by its young and restless proponents. Scored on these terms, this book is completely successful, and represents a valuable contribution that should be enthusiastically recommended to all those Calvinists who suffer from the kind of “theological amnesia” Crisp diagnosed. The question remains, however, whether recognizing and embracing the diversity in the Reformed tradition can save Calvinism.

This brings us to Crisp’s final chapter, which I want to look at a bit more closely. Here he deals with the contentious issue of the extent of the atonement. The “L” in the famous Tulip, of course, stands for “limited atonement,” which is the doctrine that Christ died only for the elect, so that they, and they alone, are the only ones who can possibly be saved. Over against this, Crisp shows that a number of Reformed thinkers espouse what he calls “hypothetical universalism,” which rejects the claim that Christ atoned only for the elect. The crucial claim here is “that the atonement has the power to save all, and all who have faith will be saved as a consequence” (p. 135). Or to put it in more traditional language, the atonement is sufficient for all, but efficient only for those who have faith.

Now this raises a crucial question: who is able to exercise faith? Are all those for whom Christ died given grace that makes it possible for them to do so, and whether or not they do so is up to them? Or is the gift of faith given only to those who are the unconditionally elect, and they, and they alone, are able to have faith? On this point, Crisp seems to equivocate.

Consider the example he uses to illustrate the difference between sufficiency and efficiency. A medical team arrives on an island with enough, indeed more than enough, of a vaccine to protect them from a deadly disease. All are invited to receive it as a free gift, but they must “choose to be vaccinated, coming to submit themselves for vaccination. . . . It is efficient or efficacious only for those who make this choice” (p. 136). Now this example seems amenable to both understandings of who can exercise faith mentioned in the previous paragraph.

Compare what Crisp says in his earlier chapter on free will and salvation when he is explaining Girardeau’s view of decisions in which we do not have the “power of contrary choice”: “There are those brought about by divine grace, enabling us to do them—supremely, in the case of salvation.  These spiritual choices, as he calls them, are not actions that are free in the relevant sense because we cannot choose to do them without God’s enabling” (pp. 77-78). Notice particularly here that Crisp speaks of these choices as being “brought about by God,” and also as being made possible by “God’s enabling.” Now the idea that a choice is brought about by God suggests that that choice is caused or determined by God. However, the idea of God’s enabling a choice suggests that God empowers the choice, and makes it possible, but does not determine it. The fact that one is able to do something does not entail that he will in fact do it.

When read in terms of enablement, Crisp’s example resonates deeply with an Arminian rather than a Calvinist view of soteriology. Crisp insists, however, that hypothetical universalism is truly a Reformed view, and he distinguishes it from Arminianism (p. 148).

He shores this claim up by pointing out that hypothetical universalism holds that “only the elect are given the gift of faith in order to obtain the benefits of Christ’s saving work” (p. 139). If faith is “given,” this suggests that God causes it or brings it about in the elect in a more determinate fashion than merely by “enabling” it. But if this is true, it raises an obvious question: What is the point of insisting that the atonement is sufficient for all if the non-elect are utterly powerless to avail themselves of its benefits? If only the elect are given the gift of faith, those who are not elect are no better off than they would be if Christ had not died for them at all. So if this is true, the glaring question that remains unanswered is, why does not God give everyone the gift of faith if he can bring it about in anyone he chooses?

Crisp is very much aware of the problems for Calvinism posed by this question, but he points out that it is true for any version of Calvinism, not just hypothetical universalism. As he does elsewhere in the book, Crisp appeals to mystery and the “secret will of God.” He also reminds us that we can hope for universal salvation, or at least for the salvation of the large majority of humanity so that “the sufficiency of the work of Christ matches (or almost matches) its efficiency” (p. 141).

Still, the possibility, if not the actuality, of any gap between the sufficiency of the work of Christ and its efficiency requires a satisfactory explanation if we are to maintain a substantive account of the perfect goodness and love of God. There is such an explanation if any who fail to have faith do so because they freely refuse to submit to the vaccination that will save them even though they truly could submit because of God’s enabling grace. This, of course, is the Arminian reading of Crisp’s example, cited above.

In short, if Calvinism holds that God could give all persons saving faith, but may choose not to do so, Calvinism represents a view of God that is not worth saving. But if Calvinists want to maintain a view of God’s love and goodness that is worth saving, perhaps the most straightforward way to save Calvinism is simply by embracing Arminianism. Arminius, after all, was a part of the Reformed tradition, too. 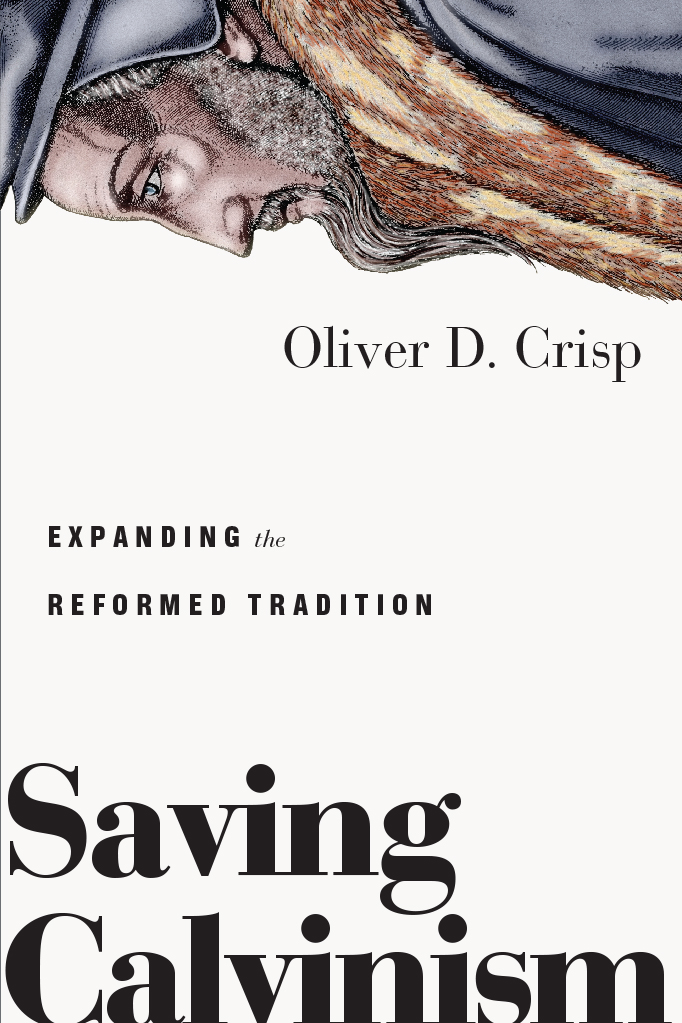