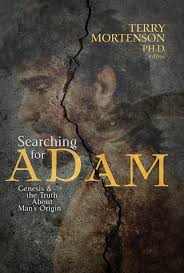 The debate over evolutionary theory and biblical history still stirs significant controversy in the American Church. Related topics like the age of the earth and the special creation of mankind factor into an ever-growing body of literature on the subject. But many readers struggle to understand why this debate matters and why Christians can’t just “agree to disagree.” The urgency of the “so what” question drives this new volume. Terry Mortenson (Ph.D., history of geology) has assembled a collection of fresh essays to address one issue: the significance of belief in a recent, special creation of Adam and Eve. His contributors hail from a wide variety of fields, from Bible, theology, and hermeneutics to biology, genetics, anthropology, and archaeology. Mortenson and his team seek to clear up misconceptions about the young-earth creationist perspective while offering a scientifically informed and fundamentally biblical apologetic for the supernatural origin of Adam.

This book launches a two-pronged advance of the young-earth understanding of the origin of mankind. First, chapters one through seven offer a biblical and theological presentation rooted in a historical-grammatical hermeneutic that holds to the inspiration, inerrancy, and supreme authority of God’s word (p. 8). Second, chapters eight through fifteen present evidences from numerous other scientific disciplines like paleontology, genetics, anatomy, archaeology, and anthropology. While many aspects of these disciplines overlap across chapters, most remain neatly defined in one or two chapters. Chapter topics include: (1) Old Testament, with a focus on Genesis 1–5 [Barrick]; (2) New Testament, with a focus on 1 Corinthians 15 and Romans 5 [Croteau/Naylor]; (3) historical-theological perspectives [Nettles]; (4) a synthesis of biblical and theological thought [Merrill]; (5) historical narrative and the age of the earth [Mortenson]; (6) a critique of Walton’s The Lost World of Adam and Eve [S. Ham]; (7) imago Dei theology in relation to special creation [Casas]; (8) fossils, apes, and hominin myths [Menton]; (9) DNA, fossil, and archaeology surrounding neanderthals [Lubenow]; (10) genetics as it relates to the biology, anthropology, chronology, and geography discussions [Jeanson/Tomkins]; (11/12) the uniqueness of human anatomy [Burgess]; (13) evolution, racism, and errant views of mankind [Bergman]; (14) the amazing accomplishments of ancient human civilizations [Landis]; (15) common history of humanity represented in societal legends [Chaffey]; (16) human morality and the authority of Scripture [Mortenson]. Each chapter of this book builds a united case from across the scientific and biblical spectrum.

Throughout this book the editor and authors seek to maintain a distinction between “operation” and “origin” science. Mortenson defines the two disciplines this way:

[Operation science is] the use of observable, repeatable, experiments in a controlled environment (e.g., a lab) to understand how things operate of function in this present physical universe . . . . [Origin science is] the use of reliable, eyewitness testimony (if any is available) and observable evidence to determine the past, unobservable, unrepeatable event(s), which produced the observable evidence we see in the present (pp. 10–11).

Many people also call the latter of these “historical science.” Naturalistic, neo-Darwinian theory approaches historical events through the lens of uniformitarianism, that present rates and changes in the natural world exist now as they always have in the past. This evolutionary presupposition finds itself in the crosshairs of numerous articles. Chapters one through seven seek to elucidate the “eyewitness testimony” of the Bible regarding past events that do not always conform to present rates and changes. Chapters eight through fifteen seek to critique the data without the uniformitarian and evolutionary lenses. For example, chapter eight begins the comparison on anatomical features between humans and apes with a discussion Christian and naturalist assumptions (pp. 232–233). Similarly, chapter ten (genetics) and chapter fourteen (archaeology) also begin with methodological discussions related to biblical and naturalistic approaches to the same data. While the book focuses on the overall argument for the historicity of Adam, this presuppositional analysis offers readers an additional education in methodology.

Compilation volumes generally stand or fall based on two factors: (1) the strength of the individual essays; (2) the unity of the essays in contributing to the overall argument. On the second count this book receives a passing grade. Some authors tie their argument into the thesis more explicitly (e.g., chapter ten), others less so (e.g. chapter seven). But Mortenson has selected a strong slate of authors whose efforts each contribute to the overall goal from their respective angle. On the whole, each essay does a good job of not straying from the specific topic under consideration. The variable scope of chapters may prove difficult for some readers (e.g., chapter four covers all of historical theology; chapter six responds to Walton’s book The Lost World of Adam and Eve). But regardless of length or scope, each chapter contributes clear argumentation towards the overall thesis. So, on both accounts, this compilation makes a strong contribution to the discussion surrounding the special creation of mankind.

Another common weakness of compilation works tends to arise in excessive overlap between essays. Too much overlap can reduce the effectiveness of an argument by bogging down readers. While the essays in Searching for Adam generally remained distinct, some overlap does occur: two in-depth studies on the various terms for “man” occur in different chapters (pp. 29, 132–133); chapter four reviews much of the content from the first three chapters; illustrations get shared across chapters on similar topics (pp. 247, 337); arguments from anatomy fill three separate chapters of this volume. Despite these instances of overlap, each author has generally maintained their unique contribution to the thesis. This creates an engaging volume with a wide variety of argumentation for a recent, historical Adam.

Perhaps the greatest value of this book for pastors and students lies not in individual evidences but in the ability of this book to connect the issue of a historical Adam to the gospel. Barrick begins this emphasis citing examples of how evangelicals have lost a “presumption of factuality” with regard to the biblical testimony and have instead accepted a hermeneutic of doubt (p. 44). Croteau and Naylor state outright that “the gospel itself is impacted by one’s view on Adam. If the historical Adam did not exist, then the historical Christ did not need to come to redeem a human race that inherited Adam’s sinful nature and guilt” (pp. 71–72). Nettles goes on to cite Dyson Hague saying, “without Adam’s fall the science of theology is evacuated of its most salient feature, the atonement” (p. 111). Indeed, most essays in this book offer some sort of answer to the “so what” question. Mortenson sums it up in the final chapter, “belief in a literal Adam and literal historical Fall is not a salvation issue. It is a gospel-consistency or gospel-coherency issue” (p. 497). One’s conclusion on this issue may not determine their eternal destiny, but it does significantly impact his or her ability to read the Scriptures in a coherent fashion.

Searching for Adam offers readers a useful compendium on the subject of the historicity of Adam from a young-earth creationist perspective. The authors fairly and deftly handle the critiques of their position while offering the best arguments from their specific discipline. The range of disciplines and depth of argumentation make this volume useful to pastors, students, and scholars. But most importantly, this book does the important work of connecting this debate to gospel defense and proclamation.