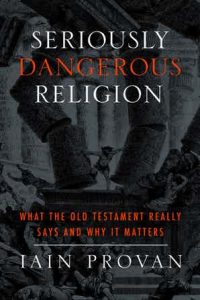 In this book, Provan has set out to argue that, among the many worldview stories that are active in the world today—most of which are anti-Christian—the “Old Story” (Old Testament) is genuinely dangerous. “Biblical monotheism is seriously dangerous” (10, italics original). By dangerous, Provan does not mean that the Old Story intends to harm society in any way. Rather, he argues that when understood properly, in light of the narrative that the Old Story itself tells, it poses a threat to all other worldview stories, and it poses a threat to those who take its own message seriously. The ideologies of the Old Story “threaten” to answer the most important questions humans ask. According to Provan, the Old Story answers those questions satisfactorily for those who are willing to be shaped by its message.

Provan begins the Introductory chapter, “Of Mice, and Men, and Hobbits” by outlining the common stories we encounter in our world today with two example novels. The first is like The Hitchhiker’s Guide to the Galaxy, in which “Absurdity rules” (1–2). The second is from Tolkein’s The Lord of the Rings. Frodo and Sam find themselves in a story, but it is a story that is part of a much longer and much older Story. This older Story helps them find meaning, purpose, and hope in their current story. Since each human inhabits his or her own personal story, we must admit that we are in a story. The question is whether we will admit that this story is part of a larger one that gives meaning to the present one, and if we admit that, of what Story are we a part?

In the modern age, Provan identifies three stories, one of the “Axial Age” (5–6), one of the “Dark Green Golden Age” (6–7) and one of the “Scientific New Age” (7–8). I’ll leave it to the reader to discover what Provan has in mind with these stories, but the common thread among them according to Provan is, “Each of the new stories is, indeed, consciously told in an attempt to displace, above all other stories [the] dominant Old Story of Western culture” (9). They view the Old Story of the Old Testament as either “ineffective” or “dangerous” to a culture that has evolved beyond ancient narratives. “It is in the light of this thoroughgoing modern assault on the Old Story from all sides that I have written this book” (10). In one sense, this book is intended for the critics of the Old Testament to reconsider what the Old Testament itself claims, perhaps even to read it for the first time rather than assuming they know its content from critical reports about the Old Testament. In another sense, Provan “has written this book,…, for the readers of critics” (10, italics original). In such a post-Christian world, Provan desires that those who read the critics of the Old Testament will also engage afresh with the content of the Old Testament as presented in this volume.

Since Provan argues that the Old Testament answers some of the most profound questions that humans can ask, he spends the bulk of the book asking and answering those questions. From the chapter subtitles, Provan seeks to answer: “What is the World?” “Who is God?” “Who are Man and Woman?” “Why Do Evil and Suffering Mark the World?” “What am I to Do about Evil and Suffering?” “How Am I to Relate to God?” “How Am I to Relate to My Neighbor?” “How Am I to Relate to the Rest of Creation?” “Which Society Should I Be Helping to Build?” “What Am I to Hope For?” In fitting Provan fashion, each chapter answers these questions thoroughly and with an eye toward unveiling the philosophical and ideological presuppositions of even the most seasoned critic.

In the final chapters of the book (Chpts 12-13), Provan summarizes the findings with an eye toward the New Testament and asking whether this Old Story is really dangerous.

In each chapter, Provan also employs a strategy to begin with evidence in Genesis. He says, “The book of Genesis is where the biblical story begins, and no story can be read well if the beginning is not properly understood” (14). Therefore, a proper understanding of the beginning will lead to greater understanding across the entire Old Story as Provan seeks to answer these questions. After beginning each chapter with an understanding of the question in Genesis, Provan moves to the rest of the Old Testament in a somewhat topical fashion centered on the question at hand.

Toward the end of the first chapter, Provan gives a list of ideal readers of this book. His assessment is accurate, at least from the perspective of his intentions when writing. He mentions there “students who have often heard in the course of their education, … , about the problematic or dangerous character of the biblical tradition, yet have read enough of the Bible, … , that they have come to question what they have been taught” (19). I would also add that this book could be helpful for students who thoroughly believe the Old Testament, but only read it through the lens of the New Testament. Provan addresses these questions using the Old Story on its own terms, and that can be helpful for long-time Christian readers to see the Old Testament afresh.

In typical Provan fashion, he does not disappoint with this volume. The overall goal and audience of the book make it applicable and accessible to a large audience. His insight and philosophical orientation make this more than just a “re-telling” of the Old Story. He has shown how the Old Story should fit into the modern stories being told and why the Old Story should be taken seriously even among committed Christians. In the end, this Old Story will be “seriously dangerous” to the critics if followers of Christ would take its message seriously and live as if this Old Story informs our present story. Likewise, a commitment to the Old Testament on its own terms may prove “dangerous” for Christianity in the sense that they become radically committed to the grand narrative God has written and its fulfillment in Christ. Like Frodo and Sam, committed Christians may find themselves in part of a much grander story than they imagined, informing their understanding of the world and heightening their hope that these Scriptures still matter. 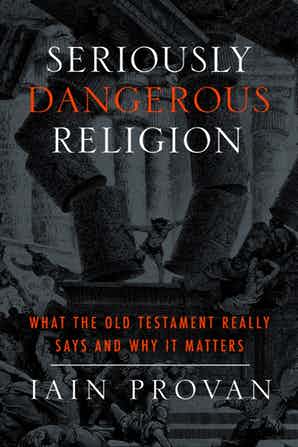