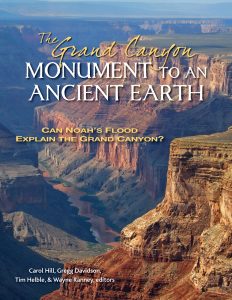 The Grand Canyon, Monument to an Ancient Earth is a collaboration by eleven authors to address the “needless controversy” surrounding the creation of the Grand Canyon (11). The eleven authors are scientists—geologists, paleontologists, hydrologists, biologists—and some are admittedly Christian while others are non-Christian (11, 232-35). Many authors hold teaching positions in institutes of higher learning, while others serve(d) in various agencies such as the National Weather Service and the Los Alamos National Laboratory. All authors have contributed greatly to their respective fields (232-35).

The book is divided into five parts, each containing two to eight chapters each. In the first part the authors define flood geology, and contrast the difference in opinion between flood geologists and conventional geologists regarding the geologic time frame assigned to the rock layers. The second part, the largest part of the book, describes how geology works: how sedimentary rocks are formed and how they help geologists understand the past, various dating methods, plate tectonics, various fossil types and how they help geologists interpret the past. With a basic understanding of how geology works, the authors move on to part four where they lay out their argument on how the Grand Canyon was formed. Lastly, in part five, the authors describe the geologic history of the Grand Canyon as seen on the South Kaibab Trail, closing with a critique of flood geology.

The Grand Canyon, Monument to an Ancient Earth is clearly written for the novice in geology. With that audience in mind, the authors describe with clarity and effectiveness the processes of geology and how the various features of geology are used to interpret the Grand Canyon’s past. Each part begins with a brief introduction that ties the preceding part and chapters with the upcoming chapters; the flow of the argument in each chapter, in each part, and in the entire book is never lost to the reader. Each chapter also contains insets in which the author(s) highlight a specific issue with flood geology; the differences between conventional geology and flood geology are clearly discernible in each inset.  The book contains many beautiful pictures of various locales in the Grand Canyon, and the maps and diagrams are well designed and informative. The Grand Canyon is certainly an easy book to digest.

In a debate that is hotly contested, it is understandable that the authors take a hard stance on certain issues or conclusions. However, in The Grand Canyon, Monument to an Ancient Earth the authors often overstate their case for conventional geology. For example, in their history on the advent of the creationist movement, the authors conclude that “the common claim that all biblically minded people believe in a young Earth”—when compared with the beliefs of church theologians of years past and the first Renaissance scientists—“has little historical precedence” (24). History shows, however, that the belief in a young earth has a long history among Jewish and Christian students of the Scriptures. In their discussion on how sedimentary rocks give clues to the past, Stephen Moshier and Gregg Davidson seem to equate the Principle of Uniformitarianism and “Christian doctrines of God’s consistency and providence” (74). Flood geologists, according to Moshier and Davidson, assert that natural laws of physical and chemical processes must have been different during creation, before the Fall in Eden, and during Noah’s flood. This assertion by flood geologists, claim Moshier and Davidson, is a departure from uniformitarianism “and from Christian doctrines of God’s consistency and providence” (74). A denial of the Principle of Uniformitarianism does not necessarily mean the denial of God’s providence; furthermore, it could be argued that the belief in God’s providence and consistency undergirds much of the work by flood geologists despite their rejection of uniformitarianism.

Moreover, at times the authors exaggerate flood geologists’ position on the Bible in relation to science, or demonstrate a misunderstanding of their position. For example, in one inset Gregg Davidson and Wayne Ranney observe that flood geologists claim that all explanations of the Grand Canyon’s creation are based on the Bible. Davidson and Ranney respond to flood geologists with some questions: “So where in Scripture do we find references to Noah’s flood linked with earthquakes, shifting continents, rising mountains, tsunamis, and mineral-rich ocean vents? . . . The answer is zero. Exactly how, then, is flood geology a biblical model?” (205) While there are examples of flood geologists reading geological phenomena into verses that really do not support such a reading—such as in various Psalms—it would not be accurate to say that flood geologists expect the Bible to speak on continental drift or every geologic event that occurred during the Flood. This critique seems a bit naive on the part of the authors. 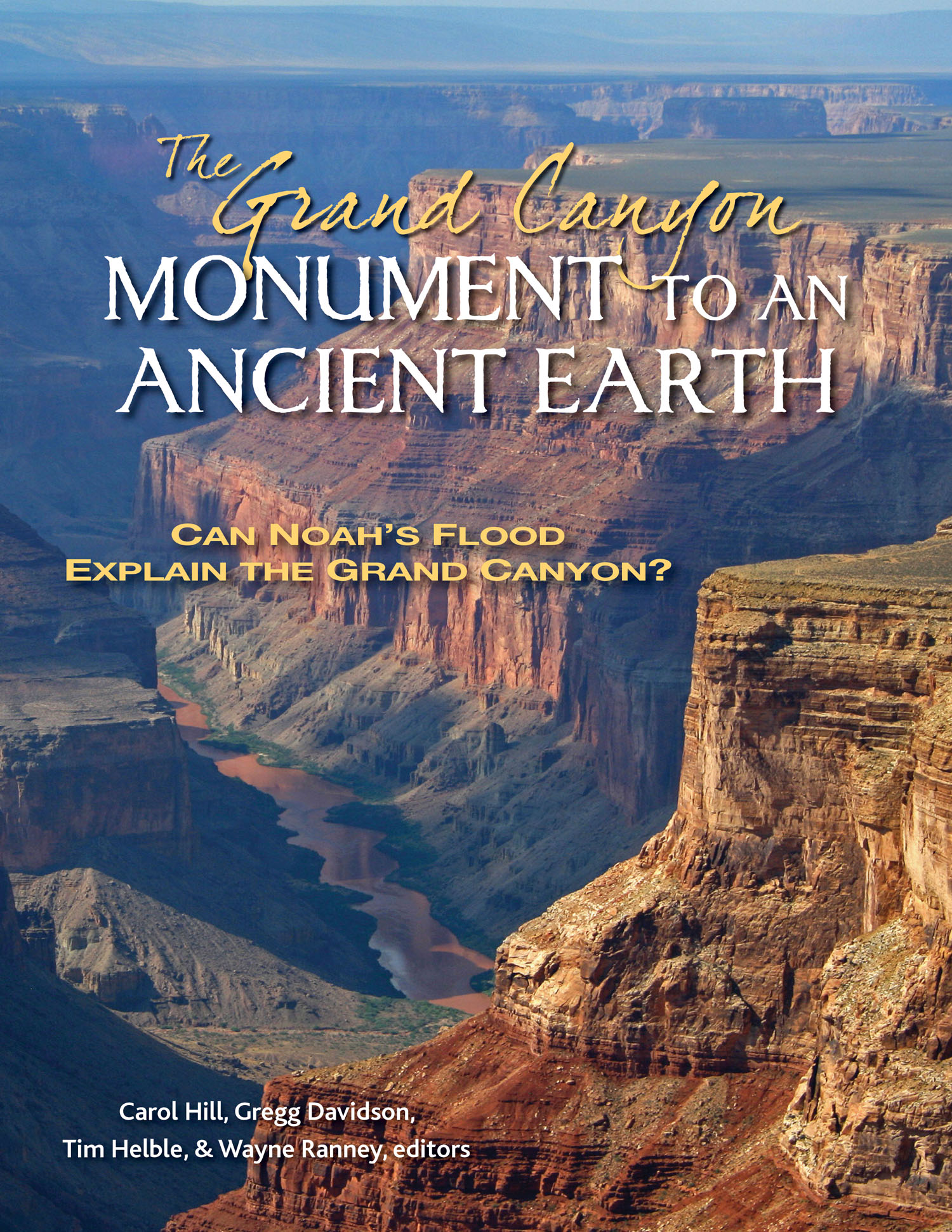