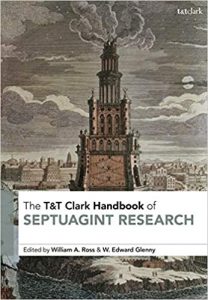 William A. Ross is Assistant Professor of Old Testament at Reformed Theological Seminary in Charlotte, NC (Back Cover). A sample of Ross’ publications includes The Septuagint: What it is and Why it Matters (2021) and A Book-by-Book Guide to Septuagint Vocabulary (2019). Moreover, he writes a blog titled Septuaginta &C. W. Edward Glenny is Professor of New Testament and Greek at the University of Northwestern-St. Paul in Minnesota (Back Cover). Glenny is also an accomplished writer with titles that include commentaries on Micah, Amos, and Hosea for the Septuagint Commentary Series.

A glance in the preface shows this handbook is constructed to complement James K. Aitken’s T&T Clark Companion to the Septuagint (xii). For those unfamiliar with Aitken’s book, his volume “provides a book-by-book overview of the corpus [i.e., the Septuagint]” (xii). Within the handbook, the contributors include many notable scholars. Among the several scholars worthy of mention are James K. Atkin, Peter J. Gentry, Steve Moyise, and Stanley E. Porter. The editor states the goal of the volume is to deliver a consolidated resource that presents “the wide variety of scholarly approaches to research” for both the “specialists and non-specialists” (xii).

The handbook is divided into six parts: (1) Origins, (2) Language, (3) Text, (4) Reception, (5) Theology, Translation, and Commentary, and (6) Survey of Literature. Most chapters follow a four-section structure: “first, introducing the research topic; second, presenting an overview of views and/or debates related to it; third, discussing the relevant research methods, theories, or tools; and fourth, highlighting ongoing research questions” (4). Also, each chapter has a short, annotated bibliography to provide further information for research (4).

Reviews of handbooks risk turning into reproductions of the table of contents (a resource readily available on the publisher’s website, www.bloomsbury.com). To avoid such a travesty, this review will highlight three chapters, which showcase the accessibility of the material on the LXX for new students, the advanced material for seasoned students of the LXX, and the quality of scholarship within the handbook.

Ross Williams’s introductory chapter highlights how accessible the Septuagint can be to new students of the LXX. First, his introduction contains a sweeping overview of major Septuagint studies dating to the 1600s (1). Second, the recounting of history slows down in the twentieth century. With the twentieth century in focus, Williams brings the reader, and new students, to the current discussions in the handbook. Williams states that the handbook’s purpose is “to help mitigate the proliferation of scholarship by providing an up-to-date overview of the discipline in a single volume” (3). Third, Williams explains the approaches to the meaning of the title “Septuagint” and the abbreviation “LXX,” which familiarizes readers with the complexity, nuance, and difficulties in applying the word and abbreviation to the corpus and serves as a guide for reading a variety of definitions for the Septuagint found in the handbook (4-5). In addition to the introductory material, the chapter shares the design and goals of the volume. This includes the secondary goal of highlighting significant research topics within Septuagint studies (4).

Stanley Porter’s chapter on “A Greek-Text-Oriented Approach” to study the Septuagint was a high point of the book. His goal is to defend the Brill Septuagint Commentary Series hermeneutical method (363). Porter makes a solid defense that is both elementary (e.g., “The Septuagint is a Greek text, and therefore merits comment on it as a Greek text” (366)) and technical (Porter’s argument for a Greek-text-oriented commentary has four reasons and six sub-dimensions (366-369)). The reader learns about the implications of such an approach, and the effect is far more helpful than using the LXX as an interlinear tool for understanding the Hebrew text. Also, Porter suggests that the “Greek text should be considered canonical” (372). For support of a canonical understanding of the Greek text, he discusses the canonical status when the Greek Pentateuch was first translated (372), the prevalent use of the Greek text by the NT authors, and “the eastern or Orthodox church or churches” practices or traditions (373). Readers will find Porter’s arguments thorough and worth engaging.

The T&T Clark Handbook of the Septuagint is an excellent tool for learning about the Septuagint, a mighty instrument for availing oneself of additional resources in Septuagint studies, and a conversation starter to prompt further research. The three benefits will briefly be discussed throughout the recommendation.

The handbook is recommended for advanced seminary students, scholars, and libraries. This book is likely too advanced for students entering seminary. The handbook requires previous knowledge of textual criticism and of Jewish and Christian traditions (particularly regarding textual transmission and understanding of texts). However, the resource may serve well at the graduate level, assuming the student has taken prerequisite courses like Biblical Hermeneutics. Further, this resource could be supplemented with entry-level textbooks or handouts. Established scholars—those already introduced to the Septuagint and biblical hermeneutics—will find the book approachable. It is unnecessary, but it would behoove the reader to know some Greek and Hebrew. Last, this resource should be available in libraries, perhaps even church libraries (i.e., where the church provides theological training). The handbook would serve well as the only book on the Septuagint in such a library.

Last, libraries should make this book available to their patrons. Indeed, theological colleges would be interested in this volume, so the main recommendation is directed toward smaller libraries and churches that serve semi-formal or lay-theological training. With this single resource, a patron has access to an advanced volume on the Septuagint that contains accessible portions for the novice and excels at serving the more knowledgeable reader. 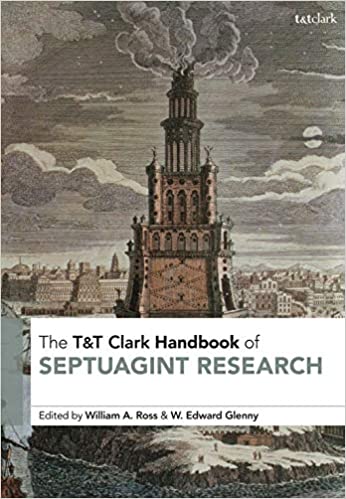