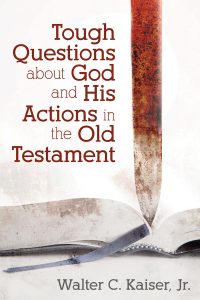 The target audience is primarily high school, college, and graduate school students.  Kaiser states that this group comprises “the largest segment of a new group of ‘Nons’ – the non-attenders at church and the non-religious” in our society (p.10).  In light of the misunderstanding and attacks on the Old Testament, Kaiser states that: “this book proposes to openly and honestly face these charges and to answer them with valid responses from the same biblical texts that are the basis of these challenges” (p.11).

A typical chapter is developed with six components.  Each chapter begins with a question that juxtaposes a theological dilemma by which an attack has been charged against the God of the Old Testament.  Secondly, a brief history of the attack is reviewed. The third component is a survey of current theological approaches to the issue based on ecclesiastical traditions. The fourth component, which is the largest, provides an evaluation of the misappropriation of Old Testament passages, and then an exegetical explanation by which Kaiser seeks to provide an apologetic in response to the attack on the God of the Old Testament.  This component comprises three to five Scripture passages that require a proper understanding to answer the initial question of the chapter.  In this section, Kaiser draws on his years of exegetical, cultural and historical studies. At times, the explanations are so technical, exegetical and/or linguistic that the “Nons” will probably not be able to critically evaluate the material because it will be beyond their ability. The fifth component is a conclusion that provides a summarization of the apologetic argument. The concluding section provides a series of questions that can be discussed by readers in a small group setting. Many of the expected responses are based on Kaiser’s interpretation of the Old Testament passages. Most of the discussion questions do not require critical thinking but rather a restatement of Kaiser’s explanation contained in the chapter.

In chapter 4, (The God of Evolution or the God of Creation?), Kaiser interprets the first clause of Genesis 1:1 as an independent clause (‘In the beginning God created the heavens and earth’) rather than a dependent clause (‘When God began to create’) so as to support a Big Bang Theory (p.59) and not a “Gap Theory” (p.63).

Kaiser argues for a Day-Age theory of creation rather than seven days that are based on twenty-four hour periods. He refers to St. Augustine for support as well as the classical argument of Psalm 90:4 that “A thousand years in your sight are like a day that has gone by.” He argues that “evening and morning” are to be understood as night time rather than a solar-lunar day of twenty-four hours (pp. 64-65). Although he has widely opened the door for others to support a view of evolution based on the long Day-Age periods, he seeks to close the door in stating “The text does not allow for change to come about in other ways, such as evolutionary theories argue” (p. 70).

In chapter 5, (The God of Grace or the God of Law?), Kaiser provides a summary of three different methods of handling Old Testament laws. According to Kaiser, the first approach of Christian Reconstructionism takes a very literal interpretation and application of the Mosaic Code resulting in the enforcement of Old Testament penalties in our current society (pp. 74-75).

The second group is described as: “At the other end of the spectrum are those schools of thought called ‘Dispensationalists,’ that we are, for all intents and purposes, finished with the Law” (p. 76). As a dispensationalist, I am disappointed at his characterization. Dispensationalist generally agree that a New Covenant believer is not under obligation to the Mosaic Law, but affirm Romans 15:4, “For whatever was written in earlier times was written for our instruction, so that through perseverance and the encouragement of the Scriptures we might have hope” (NASB).  A dispensationalist affirms that the Mosaic Law leads the non-believer to Christ and is a basis for instruction through principled adaption to Christian living.

Kaiser embraces a “Paradigmatic Approach” as defined by Chris Wright (Living as the People of God: The Relevance of Old Testament Ethics). This approach seeks to understand the “principle” behind the scripture passage. The principle remains to be applied today rather than to be interpreted literally (pp. 82-83).

The difficulty for the reader is that there is no clear method provided to help the reader know how to discover the authorial principles and then apply it personally to today.

In chapter 9, (The God Who Elevates Women or the God Who Devalues Women?) Kaiser engages the longstanding debate of the equality of males and females. Kaiser’s question is not representative of the historical debate or the contents of the chapter (Traditional versus Egalitarian). It is widely agreed that a view of distinct roles in life, family or church does not conclude that a woman is devalued (Complementarian: Council on Biblical Manhood and Womanhood).

Kaiser begins with a discussion of “pre-understandings” that all readers bring to a text (pp.137-38).  He provides a complex proposal for the translation/interpretation of Genesis 2:18 (The ‘Nons’ as well as most others will probably be lost in this discussion). The acceptance of his translation is dependent on a previous misunderstanding of the Hebrew/Canaanite root and the resulting meaning of “ezer” based on this correction (pp. 139-140). Kaiser concludes his egalitarian view by stating: “So rather than saying a woman is to be a ‘helper corresponding to the man;’ instead, the text teaches that the woman has been given ‘authority, strength, or power’ that is ‘equal to [man’s]” (p. 140). He then argues from examples in the Old Testament of women in various circumstances of leadership and service. Kaiser argues that the exceptions should be viewed as the rule, rather than the exceptions confirming the rule.

Kaiser concludes by providing an egalitarian interpretation to seminal New Testament passages that comment on the role of women in the church (1 Tim. 2:8-15; 1 Cor. 14:34-38; 1 Cor. 11:2-16). He seems to conclude that women are repressed or demeaned if males and females have distinct roles in creative order.

I am not convinced that all the chapters of this book will benefit the “Nons”: the non-attenders at church and the non-religious in our society. At times, the technical (and necessary) discussion of interpretations could be beyond their comprehension. An informed Christian or Bible student will probably benefit the most if they engage Kaiser’s book with critical thinking. Those who already have his previous books about similar issues may not benefit significantly from this addition. 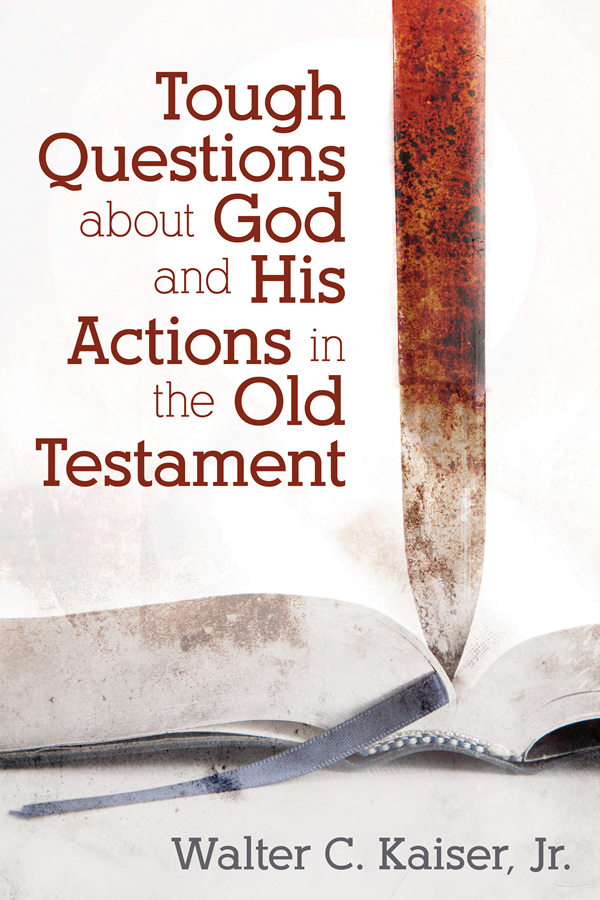