Revisiting Bavinck and the Beatific Vision

Cory Brock (PhD, University of Edinburgh) is an assistant pastor at First Presbyterian Church in Jackson, Mississippi. He serves as lecturer in Christian thought at Belhaven University, and he is the author of Orthodox yet Modern: Herman Bavinck’s Use of Friedrich Schleiermacher (Lexham Press, 2020). 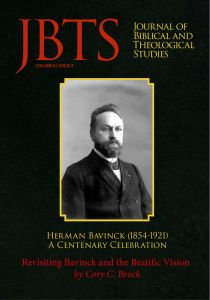 This current year, 2021, marks the centenary death of Herman Bavinck—a season in which the world lost several superior theologians. With such an occasion, one reflects on the most noteworthy and meaningful contributions of the Dutch theologian with such magisterial influence in the discipline of theology as well as the life of the church. As Bavinck’s readership rises in the twenty-first century, it has been common for readers to reflect on the doxological character of his dogmatics, his irenic, catholic spirit that accompanied his catholic theological vision, and his unflinching commitment to biblical and confessional dogmatic logic. In all these ways and in all his efforts, his writing is a typically Godward, theological theology, to borrow a phrase from Webster, where dogmatics proceeds according to its own principia despite the modern turn to Wissenschaft.[1]

Bavinck defined his theological project commensurate with the history of Christian theological orthodoxy: theology is the science concerning God. The focus of this definition is on God. God is the object of theology insofar as the theologian desires to know God by means of God’s self-revelation, or to “think God’s thoughts after him.”[2] The first order of theology is to know God according to God’s revelation and second to know all things in turn in the light of the knowledge of God. Bavinck believed, “The Christian mind remains unsatisfied until all of existence is referred back to the triune God, and until the confession of God’s Trinity functions at the center of our thought and life.”[3] Thus, theology is praise to God, and, for Bavinck, the entire point of existence is to abide with the living God and conform the whole of one’s self Godward, in intellect, desire, and feeling. Such emphasis on God is apparent even in the introductory pages to his dogmatic project, emphasizing the theological task in the face of nineteenth-century redefinitions.

With such a theocentric project like the Reformed Dogmatics, among other texts, organized according to the economy of God’s revelation in history—the Father creates, the Son redeems, and the Spirit perfects—it is unexpected then to see recent critiques of Bavinck, which argue that he uncharacteristically diminished the notion that salvation is primarily to see and experience God. In particular, Hans Boersma argues this point in his otherwise astute, penetrating, and thoroughly helpful work, Seeing God.[4] For Boersma, Bavinck is a primary catalyst in undermining the importance of the concept of salvation as seeing God with preference for a material eschatological imagination, and, consequently contributes to the decline of a teleological account of creaturely life. While Bavinck did indeed offer criticisms of a particular reading of the doctrine of the vision of God, Boersma’s argument is antithetical to much of Bavinck’s overall reception today. As Ragusa states (and a common reading of Bavinck it is indeed): The Trinity “is the architectonic principle of the whole theological and apologetic enterprise of Herman Bavinck. In contrast to those who would deemphasize the Trinity as a matter of secondary importance, Bavinck was self-consciously committed to the triune God of Scripture as the alpha and omega point of his thought.”[5] From this foundation, this essay will argue that the Trinity frames Bavinck’s eschatological vision. Boersma’s argument concludes, sed contra, that the Trinity was not the omega point of Bavinck’s thought, particularly with regard to Bavinck’s eschatological logic. Rather, Boersma resolves, Bavinck undermined the glory of the vision of God by over-affirming material creation in the Parousia of Christ. First, we will consider Boersma’s argument in “Sidelining the Vision of God?”. Second, we will examine Bavinck’s texts and unveil the fact that this critique is overstated and does not correspond to a careful analysis of Bavinck’s corpus in “Revisiting Bavinck.”

Read the full article: Revisiting Bavinck and the Beatific Vision

[4] Hans Boersma, Seeing God: The Beatific Vision in the Christian Tradition (Grand Rapids: Eerdmans, 2018). Hereafter, Seeing God. In addition to Boersma, Michael Allen follows Boersma’s indictment in the likewise helpful book Grounded in Heaven: Recentering Christian Hope and Life on God (Grand Rapids, MI: Eerdmans, 2018). Allen first appeals to N. T. Wright and Rob Bell as examples of “eschatological naturalism” and then states that figures such as these are preceded by the neo-Calvinist tradition. He then turns to Kuyper briefly but maintains Kuyper’s eschatological balance and lands on Bavinck, whose normal evenhanded judgments were abandoned, Allen argues, in his overly naturalistic eschatology in RD, 4 (see also RD, 5–6n12). Allen later states that recovering the visio Dei means “reorienting the conversation” on the century-long problem of eschatological naturalism, where Bavinck is one of the instigators in the presented narrative (18).

[5] Daniel Ragusa, “The Trinity at the Center of Thought and Life: Herman Bavinck’s Organic Apologetic,” Mid-America Journal of Theology 28 (2017): 149. 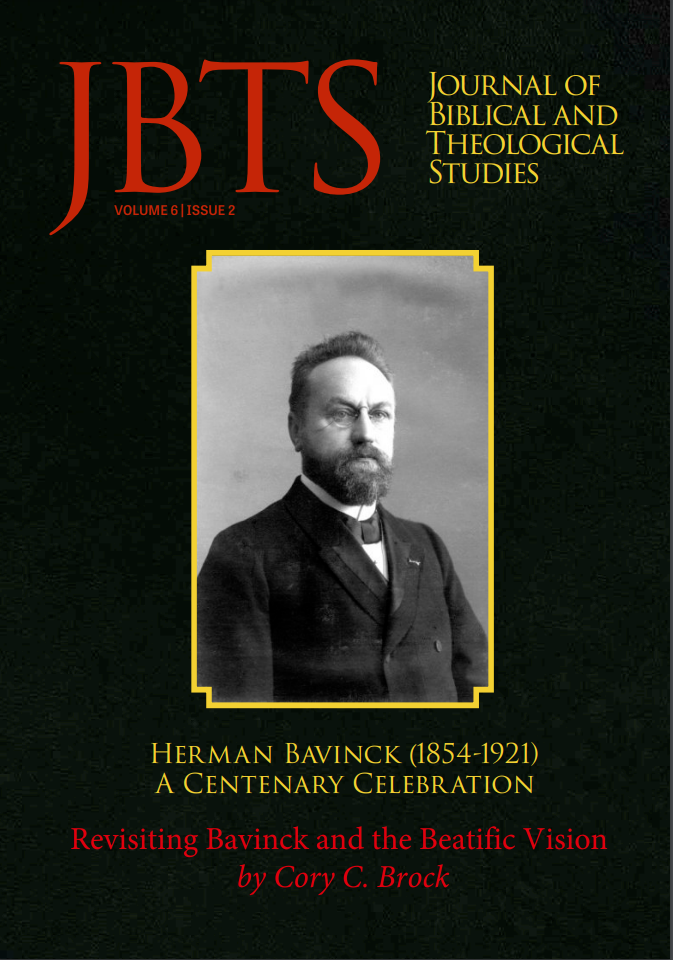