Jesus the Law Restorer: Law and the Imitation of Christ in Herman Bavinck’s Reformed Ethics

Jessica Joustra (PhD, Fuller Theological Seminary, Free University of Amsterdam) is assistant professor of religion and theology at Redeemer University and an associate researcher at the Neo-Calvinist Research Institute at the Theological University of Kampen (NL). She is an editor and translator of Herman Bavinck’s Reformed Ethics: Created, Fallen, and Converted Humanity and associate editor for the Bavinck Review. 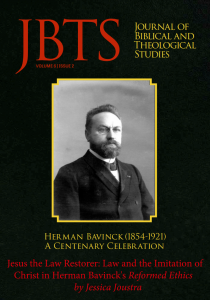 “Jesus matters,” asserts Reformed philosopher James K.A. Smith.[1] A seemingly innocuous claim in Christian scholarship, one might assume he was lauding the Reformed, specifically neo-Calvinist, tradition for its well-known insistence that “there is not a square inch in the whole domain of our human life of which Christ, who is Sovereign of all, does not cry: ‘Mine!’”[2] Smith’s claim, however, is a critique, not a praise of the Reformed tradition. He continues by offering an important insight into an area of theological deficiency, speaking specifically of theological ethics: “in the Reformed tradition, we also speak more about creation than we do cross, and we speak more about law than we do Jesus.”[3] In other words, the Reformed tradition needs to continue to mine its own resources—and the resources of other theological traditions—to explore the ways that Jesus matters, not just as the one who secures our salvation and makes cosmic worldview claims, but as the one who guides our life.

Read the full article: Jesus the Law Restorer: Law and the Imitation of Christ in Herman Bavinck’s Reformed Ethics 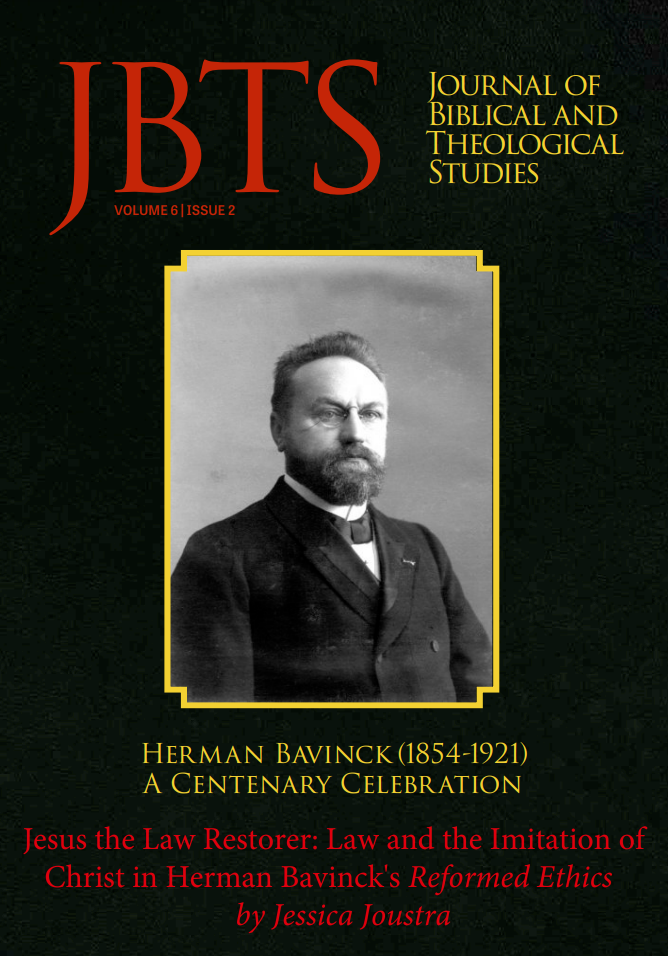