Planting Tulips in the Rainforest: Herman and Johan Bavinck on Christianity in East and West

James Eglinton is Meldrum Senior Lecturer in Reformed Theology at the University of Edinburgh. His most recent book, Bavinck: A Critical Biography, won The Gospel Coalition Book of the Year for History and Biography in 2020, and was a finalist for the 2021 ECPA Christian Book of the Year in the Biography and Memoir category. 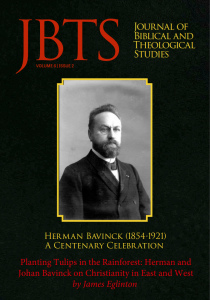 In my earlier Bavinck: A Critical Biography,[1] I argued that the development of Herman Bavinck’s life and thought is best understood in two distinct phases: the two decades spent as a professor at the Theological School in Kampen (in the 1880s-90s), in which he wrote the first edition of the Reformed Dogmatics;[2] and in the following two decades at the Free University of Amsterdam (from 1902 until 1921), in which he revised the Dogmatics extensively, and was engaged in a multipronged effort to promote the importance of Christianity to the viability of a dechristianising Western culture.[3] These phases can be described in various ways. Bavinck himself spoke of the first phase as corresponding to the “age of Renan,” to which I have added a follow-on “age of Nietzsche” descriptor. These windows of time were lived in the shadow, respectively, of the all-too-easy materialism of the French philosopher Ernest Renan, and the Jesus-despising philosophy of domination pioneered by the German atheist Friedrich Nietzsche. In a more directly biographical sense, however, we might simply talk about these phases in terms of a “young Bavinck” and a “mature Bavinck.”

Talk of “young” and “mature” phases in his personal and intellectual development is hard to deny: in these respective periods, Bavinck lived in markedly different social and intellectual contexts, and developed accordingly within them. As is described in Bavinck: A Critical Biography, in the Netherlands at least, the opening decades of the twentieth century were very different to the closing decades of the nineteenth. Within that context, Bavinck’s thought changed in some respects: primarily in response to the sudden death of Renanesque moralistic materialistic atheism, and the unexpected resurrection of Nietzsche’s anti-Christian atheism, the mature Bavinck moved from his earlier primary task as a defender of Calvinism, to become a public apologist for Christianity in general, alongside his commitment to Calvinism in particular.[4] The mature Bavinck distanced himself from the brand of predictive deductive thinking that marked his young thought, and instead came to see the outworking of sin and fallen starting points as chaotic and unpredictable.[5] In the “mature” phase, he was certainly more audibly committed to evangelism at home and abroad than he had been in the Kampen years.[6] The notion of worldview gained a greater degree of prominence in his mature writings.[7] Most notably, Bavinck’s views on the role of women in society became markedly different towards the end of his life.[8]

In observing these changes, it should be noted, we do not find the mature Bavinck coming into his own by making a radical about turn in a similar style, for example, to the rupture seen between the younger and more mature Karl Barth on either side of his famous Römerbrief.[9] In general, the mature Bavinck’s developments are best seen as further refinements—rather than wholesale rejections—of his early thought. Bruce Pass’ recent work, The Heart of Dogmatics, charts an important example of this, following Bavinck’s attempts to organise his dogmatics around a distinct (but shifting) centre point.[10] In the Amsterdam years, then, we find Bavinck hard at work in perceiving and resolving tensions set out in his earlier thought.

This article will explore that tension, setting out the sense in which Herman Bavinck argued for both the global export and the provisionality of Western Christianity, and will demonstrate that this particular topic represents a notably unresolved problem in his mature thought. Biographically, it will locate this lack of resolution in his call for greater Western involvement in the development of missiology as a discrete theological discipline. Stated differently, it appears that Herman Bavinck was aware of his own shortcomings in resolving this particular difficulty. This interpretation will then be used to explain the attempt made by his nephew, the celebrated missiologist Johan Herman Bavinck (1895-1964), to resolve this clash via a distinct return to Augustine, who served as an African hinge between the indigenous forms of Christianity found in the East and the West.

Read the full article: Planting Tulips in the Rainforest: Herman and Johan Bavinck on Christianity in East and West

[10] See, for example, Bruce Pass, The Heart of Dogmatics: Christology and Christocentrism in Herman Bavinck (Göttingen: Vandenboek & Ruprecht, 2020), in which Pass explores Bavinck’s attempts to reorganise the centre of the dogmatic system. 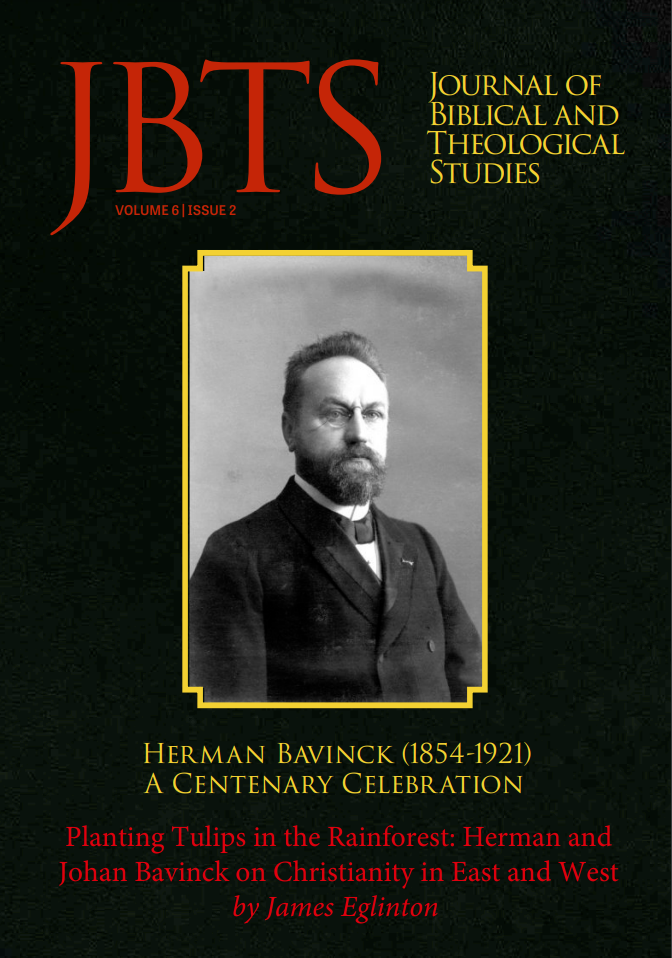