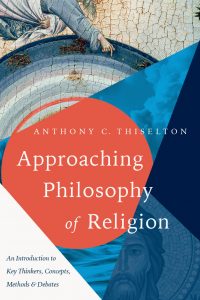 Anthony Thiselton is emeritus professor of Christian theology at the University of Nottingham, as well as the University of Chester. Thiselton has authored numerous books in theology, spanning topics such as systematic theology, hermeneutics, and postmodernism, as well as exegetical works on various New Testament books. Thiselton’s work in theology necessarily overlaps with topics found in philosophy of religion, which occasioned his recent book in the philosophy of religion, Faith, Doubt and Certainty (2017). Thiselton’s latest work is the result of a fruitful ministry of writing and research, providing newcomers and seasoned students of philosophy a helpful resource for the key thinkers, approaches, and terms of the philosophy of religion.

While readers can certainly read Approaching Philosophy of Religion from cover to cover, one does not necessarily have to do so, for it serves as a resource to be visited as research or interest dictates. Thiselton divides the book into three primary parts, though the Introduction can serve as a standalone section as well, thus giving the book four parts. In the Introduction, Thiselton provides a brief overview of the history of Western philosophy. By addressing key thinkers and themes in philosophy’s history, Thiselton provides readers with a jumping point from which they can do further study. Though a bird’s-eye view of the history of philosophy, the Introduction gives readers a sufficient grasp of the general trend over the course of Western philosophy’s existence.

Part I addresses the various approaches found in the Western philosophy. In addition to addressing the traditional rivals of Analytic and Continental philosophy, Thiselton focuses on the following as philosophical approaches in their own right: empiricism and rationalism (Chapter 3), existentialism (Chapter 4), feminist philosophy (Chapter 5), personalism (Chapter 6), phenomenology (Chapter 7), and pragmatism (Chapter 8). In each chapter, Thiselton summarizes the ideas of the philosophers known for the respective approach.

Thiselton shifts in Part II to the perennial issues and arguments found in Western philosophy of religion. Set up like encyclopedic entries, Thiselton provides a succinct summary of the idea (or argument) as well as incorporating important thinkers and works that have shaped discussion on the respective topic. While Thiselton includes traditional philosophy of religion topics such as the various arguments for God’s existence (cosmological argument, design argument, and ontological argument), free will, and miracles (to name a few), Part II also contains more current issues found within philosophy of religion, such as animals, evolution, and gender.

Approaching Philosophy of Religion continues with Part III in which Thiselton provides a concise dictionary of philosophical terms relevant to philosophy of religion. As he does in Part II (though in a shorter manner), Thiselton includes with each term mention of important thinkers or works related to the particular term. The book concludes with a thorough (14 pages) bibliography of selected texts for those interested in pursuing further the study of philosophy of religion.

Thiselton’s Approaching Philosophy of Religion stands out among other resource books for various reasons. First, Thiselton’s writing style is unencumbered by dry, technical prose. Instead, Thiselton writes in an engaging, clear manner that helps to garner and keep the reader’s attention. This is true for even Parts II and III of the book where one would expect dry and technical writing for encyclopedic and dictionary entries. Considering the fact that the audiences best suited for Thiselton’s book are beginners and novices, the writing style is just as important as the presentation and content.

Another feature that stands out is Thiselton’s ability to cover two millennia of Western philosophy in a succinct, but thorough, manner. The reader is given enough information about a topic to have a sufficient starting point for further study. The reader can also come back to the book in the future if they need to refresh themselves on an issue, thinker, or term found in philosophy of religion. While this observation may seem trivial, it is quite a feat to whittle down over 2000 years of philosophy into a book of 224 pages, much less to present the information in a way that is substantive while succinct.

Perhaps the greatest strength of this book is Thiselton’s inclusion of topics that are not typically included in works of philosophy of religion by Christians. For instance, Thiselton’s chapter on feminism as a philosophical approach addresses an approach that all Christians must (at least) be familiar with, yet unless one’s work directly intersects with feminist thought, many Christians (particularly conservative Christians) have little to no interaction with feminist philosophy. Other areas that are not always included in Christian reference works on philosophy of religion are phenomenology (which tends to fall under psychology today) and personalism (a philosophical school of thought that was prevalent in the late-nineteenth and early-twentieth centuries). A related point is Thiselton’s refusal to categorize all philosophical methods under the labels of either analytic or continental philosophy. Though he does devote attention to these philosophical approaches, he treats other approaches as methods in their own right.

Little negative can be said of Thiselton’s work. Because it serves more as a reference book than an extended argument, there is little to disagree with other than matters of categorization or inclusion (i.e. of particular thinkers or works). If any critique can be made, it consists of the following: first, Scripture (or more generally, divine revelation) is a vital aspect of philosophy of religion, yet there is no explicit discussion found. It is possible that Thiselton includes divine revelation under “religious language” or “religious knowledge,” but because of the central nature divine revelation plays in religion, it ought to stand as its own topic worth addressing. Second, Thiselton does not address Van Till’s presuppositionalism in any way. Granted, he does touch on reformed epistemology (via Alvin Plantinga); however, presuppositionalism has made enough inroads to warrant some mention – at least as an approach to philosophy of religion, or as a term worth knowing in the study of philosophy of religion. 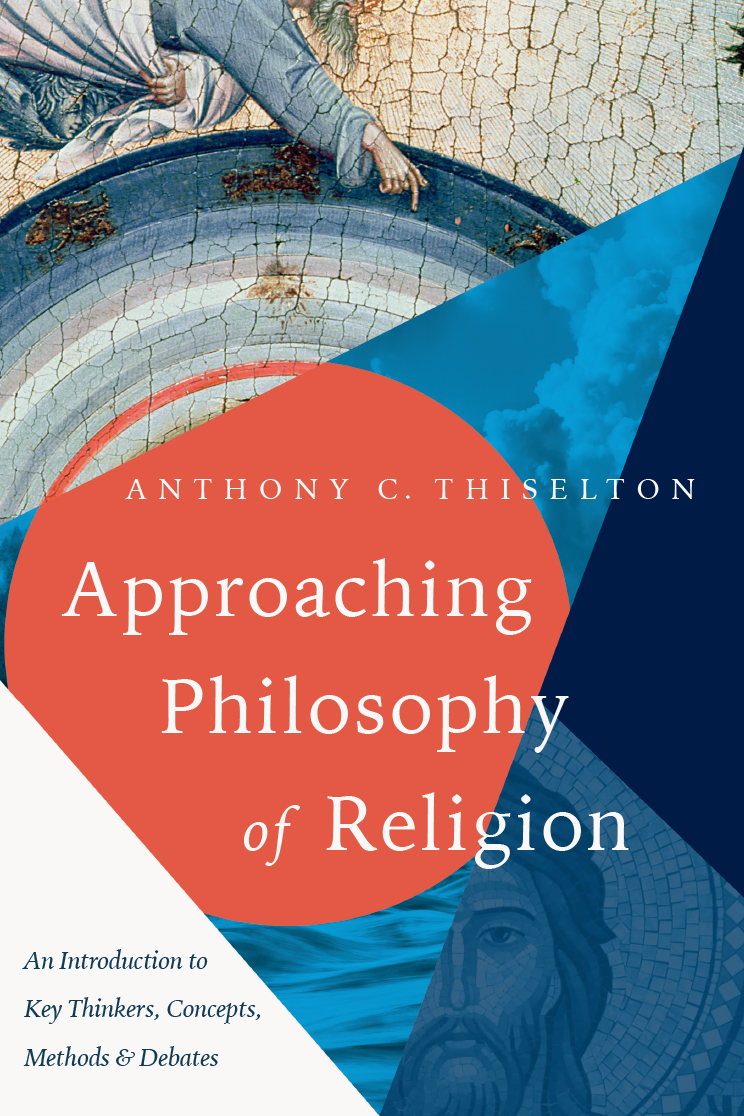