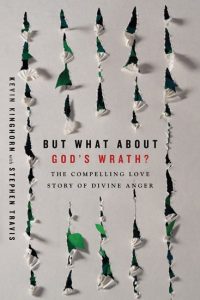 Kevin Kinghorn (DPhil, Oxford) is Professor of Philosophy and Religion at Asbury Theological Seminary. He has authored The Decision of Faith: Can Christian Beliefs Be Freely Chosen? (T&T Clark, 2005) and A Framework for the Good (Notre Dame, 2016) along with numerous articles and book chapters. While this book is written by Kinghorn, he acknowledges extensive dependence on the Biblical exegesis work of Stephen Travis (PhD, Cambridge), which is why Travis is referenced on the title page.

The issue of God’s wrath is a practical point of contention in contemporary theology, as it has been throughout the history of Christian theology. In But What About God’s Wrath? Kinghorn seeks to defend the thesis that God’s wrath is a pattern of action of God “pressing on us the truth” of our sinfulness rooted in his love for all humanity (see p. 92). Kinghorn attempts to accomplish this in two ways. First, he provides a philosophical argument beginning with biblically and philosophically reasonable theological commitments for the conclusion that “God’s wrath is entirely an expression of God’s love, in specific contexts” (p. 2). Second, drawing on the work of Stephen Travis, he attempts to show how this thesis is supported by an accurate reading of the biblical texts.

Kinghorn begins by arguing that God’s anger/wrath (he uses the terms interchangeably), while often accompanied by emotion, cannot be explained fully in terms of emotion; rather, God’s wrath should be understood as a pattern of action with a particular purpose (Ch. 1). He then turns his attention to the nature of God, arguing that God is essentially loving, while the divine attributes of justice, holiness, and wrath are not essential to God (Ch. 2). He defines God’s love as “benevolence: a seeking of others’ well-being, a seeking of their fullness of life” (p. 26). From the truth that God is essentially loving, Kinghorn argues that God desires the well-being of every person, and that all his actions toward people will be benevolent (Ch. 3). From the premise that God acts benevolently toward all, Kinghorn proceeds to argue that God’s concern for his glory, holiness, and justice are never at odds with his benevolence (Ch. 4). As a key aspect of the argument of Chapter 4, Kinghorn contends that justice is an expression of God’s benevolence.

With these conclusions in place, Kinghorn returns to the subject of God’s wrath (Ch. 5), arguing that God’s wrath is the pattern of God’s action of “pressing on us truths about ourselves” and the “kinds of truths about ourselves at issue here are truths about how we have acted sinfully toward others,” (p. 92) others here including God. This process can be painful, but it is for our own good and so it is benevolent. Kinghorn argues that God’s wrath is appropriate because humans are particularly prone to avoid acknowledging their sins (Ch. 6). He then addresses an objection to his view, namely, that this concept of divine wrath is not severe enough to capture the biblical data. He argues that God’s revealing the truth of human sin and unrepentance will cause severe suffering for those who do not respond with repentance, suffering that is appropriately described by the strong (though often analogical/metaphorical) scriptural language about divine wrath (Ch. 7).

In his final chapter (Ch. 8), Kinghorn addresses two issues. First, he argues that God’s wrath is intended to lead to repentance; so, whether a human experiences God’s action of pressing the truth of one’s sin on oneself as continued wrath or as a catalyst for sanctification is up to the individual human. Second, he addresses the question of God’s eternal wrath: if wrath is a catalyst for change, then how can we make sense of God’s wrath after death when there’s no possibility of repentance? His analysis here turns on a distinction. Those in hell do not experience God persisting in pressing the truth about their sin on them, and so, in that sense, do not experience God’s wrath eternally. But they do get the outcome of rejecting God: eternal separation from God and all that is good, so “there is a clear sense in which they can be described as having eternally placed themselves under God’s wrath” (p. 145).

Kinghorn’s book has a number of strengths. One particular strength is the serious interaction with the particularities of Scripture. There are well over 250 entries in the Scripture index of the book, and I was impressed by the analysis of these texts in terms of the account of wrath that Kinghorn develops. As mentioned, Kinghorn acknowledges his dependence on the detailed biblical commentary on passages dealing with wrath provided by his colleague Stephen Travis, and Kinghorn has done a good job with explaining this material as he develops his philosophical argument. Probably the best example of this is the treatment of Romans 9, where Kinghorn argues that the proper understanding of this passage rests on understanding that it “is part of Paul’s larger story of the complementary roles that Israel and the Gentiles are playing in God’s grand plan of reconciling the world to himself” (p. 58).

Kinghorn also winsomely explains how God’s glory, holiness, and justice are not at odds with divine love. One helpful argument Kinghorn gives on this score is that many of the attempts to pit holiness or justice against divine love assume that love apart from considerations of holiness and justice leads to permissiveness. But Kinghorn notes that love itself—as a concern for the well-being of the beloved—avoids the excesses of permissiveness without needing a motivation outside of the love itself (see pp. 69-79)

There are, however, some problems with Kinghorn’s analysis. My first concern is the lack of interaction with the views of others in the Christian tradition, whether for or against Kinghorn’s thesis. I have a colleague who, whenever we discuss a particular theological view, invariably asks, “Who in Christian history has held this view?” This is a good sentiment to have when doing theology; for, having a novel view in Christian theology is a pro tanto reason against it. While Kinghorn does not need to focus on the views of theologians through the centuries (the book is not a text of historical theology), it would have been helpful for his case to interact with some significant figures from the Christian tradition. One important reason would be to point out to his readers that his thesis is not novel.

A second reason for interacting with the views of significant Christian theologians connects with another concern I have about this book. Kinghorn, for most of the book, provides little specific criticism of the position he defends. With the exception of his argument that love is not at odds with justice, where he interacts with arguments from Emil Brunner and Arthur Holmes (pp. 72-77), there is little interaction with clearly stated objections to Kinghorn’s thesis and supporting arguments from other theologians or philosophers. By interacting with significant figures for Church history who disagree, he would have strengthened the case for his position.

This connects with another concern I have. Kinghorn’s lack of interaction with opposing positions is significant for evaluating a key premise in his argument. Fundamental to Kinghorn’s argument that God is benevolent toward all (Ch. 3) is his claim that the primary biblical model for describing divine-human relationships is God as father, and that “an earthly father would not merit the description loving if he ceased at any point to have his child’s long-term well-being as an ultimate goal” (p. 47). But in order for this to support his conclusion that God acts benevolently toward everyone, the language of Scripture must refer to God as father of everyone. This, however, is a controversial claim. To pick just one example, while J. Gresham Machen acknowledged that some New Testament references indicate God can be conceived of as father of all people on the basis of God’s being the creator and sustainer of all, he points out that “[o]rdinarily the lofty term ‘Father’ is used to describe a relationship of a far more intimate kind, the relationship in which God stands to the company of the redeemed” (Christianity and Liberalism, 1923 [reprint Eerdmans, 2009], p. 53). Simply assuming that the biblical language about God as father captures analogically his relationship with all people is a major problem for this position, which serves as a significant plank for Kinghorn’s argument about God’s wrath. (To be clear, I believe Kinghorn has sufficient philosophical and theological grounds to affirm universal benevolence without appealing to this biblical metaphor.)

One final issue: Key to Kinghorn’s argument that divine wrath is not an emotion is that emotions are non-rational. He claims “the very nature of emotions . . . is that they propel us toward action without us having to make any rational judgments at all” (p. 20), and since God’s activity is always intentional, we cannot understand divine wrath as an emotion. In this argument, Kinghorn assumes a non-cognitive account of emotions. While this may be the traditional view of emotions, there are many contemporary accounts that understand emotions as cognitive and evaluative (I think of the account of Robert Roberts or Robert Solomon). Kinghorn’s lack of interaction with this view weakens his case for the nature of divine wrath.

With these problems noted, I still think this book serves as a good lay-level presentation of an argument that God’s wrath should not be pitted against God’s love, but rather should be seen as an expression of God’s love for all people. I take Kinghorn’s argument to be fundamentally sound, and I see this position on God’s wrath as fundamental for a grasp of who God is, so I commend this book for undergraduate theology courses and to pastors and thoughtful lay Christians. 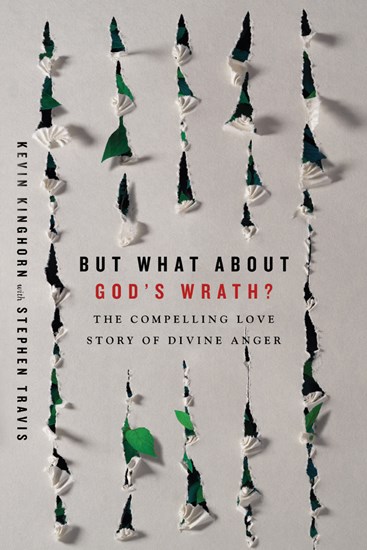