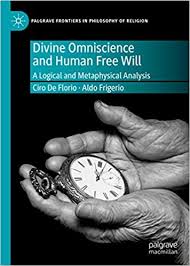 The problem of divine foreknowledge and human free will exists at the impasse of two seemingly independent, yet, arguably mutually exclusive propositions: that God has foreknowledge of future contingents and that human beings possess libertarian free will. Roughly stated, if God knows at some past time (say, the creation of the world) that tomorrow I will drink coffee for breakfast, then, when tomorrow arrives, it seems that I am not free to do anything other than drink coffee (call this the foreknowledge dilemma).

In their recently co-authored book, Divine Omniscience and Human Free Will, philosophers Ciro De Florio and Aldo Frigerio highlight an often overlooked aspect of the foreknowledge dilemma, namely, the metaphysics of time, arguing that solutions to the problem that do not account for the nature of time often are found wanting. Thus, the authors’ primary goal is not to provide a solution to the problem; rather it is to evaluate the advantages and disadvantages of the most common solutions in light of differing metaphysics of time.

The book consists of six chapters. Chapter 1 (The Battle for Free Will) and Chapter 2 (Metaphysics and Logic of Time) provide a comprehensive layout of the foreknowledge dilemma, as well as a detailed layout of the logical and metaphysical framework the authors use to evaluate various solutions to the problem. Specifically, as it relates to the metaphysics, the authors define and detail the interplay between different ontologies (presentism, eternalism, growing block, and shrinking block), dynamics (A-theory and B-Theory), and topologies (open and closed universe) of time, as well as the underlying temporal logic of each view.

In Chapter 3, De Florio and Frigerio highlight two prominent revisionary solutions (what the authors call “extreme measures”) – approaches that either re-define the traditional understanding of omniscience as lacking knowledge of the future or that re-define the notion of free will as one that lacks the ability to do otherwise – specifically, open theism and theological compatibilism, respectively. As it relates to Open Theism, the authors point out that, “From a conceptual point of view, the theses of Open Theism are coherent…The difficulties of Open Theism are…more theological than philosophical: is the concept of God advocated by the open theists really in accordance with the God of the Bible?” (p. 92) On the other end of the spectrum, the authors argue that theological compatibilism is problematic, both philosophically (having to address the same issues faced by non-theological compatibilism) and theologically (specifically, as it relates to the loss of the free will defense for the problem of evil) (pp. 110-11).

Three moderate solutions are analyzed in chapters 4, 5, and 6: Ockhamism, Molinism, and the Timeless Solution, respectively. Methodologically, in order to parse out the more promising solutions from the problematic ones, De Florio and Frigerio place each position within differing temporal ontologies, dynamics and topologies, resulting in something akin to a cost-benefit analysis of each view. Somewhat surprisingly (and convincingly), the authors argue that all three views better fit within an eternalist framework. Some of the reasoning motivating this conclusion relates to the grounding problem: if, in order for a proposition to be true, there must exist something that makes it true, then what makes future contingents true?

The authors argue, for example, that for the presentist Ockhamist, “What is problematic is the combination of an open future with the statement that the future does not exist: in this situation, there is no ground for future truths” (p. 151). For the Ockhamist who holds to eternalism, the problem is resolved due to the fact that the future is on par ontologically with the past and the present (and, as a result, there is a grounding for future truths). This problem is amplified for the Molinist, where God not only knows future truths, but also the truth of future conditionals. De Florio and Frigerio argue that, even within an eternalist framework where past, present and the actual future truths can be grounded, “No past present or future states of affairs can be called for in order to ground the truth of [future conditionals]” (p. 190). This is a problem for the Molinist that the authors show is hard to resolve even on different metaphysical interpretations of time.

Regarding the Timeless solution to the foreknowledge dilemma, the authors argue that this view, again, fits well in an eternalist framework because “a timeless God can observe the entire temporal series and know the outcomes of free human decisions” (p. 256). In turn, there is no grounding problem for the advocate of the timeless solution.

One wonders why the authors do not address the possible solution of grounding the truth-makers of future contingents in the mind of God. This seems like a reasonable approach that some philosophers have taken and, if successful, eliminates many (if not all) of the difficulties of integrating solutions to the foreknowledge dilemma with the metaphysics of time. That said, the problem of divine foreknowledge and human free will lies at the intersection of a number of different disciplines, making it seemingly impossible for one book to cover every related issue.

De Florio and Frigerio conclude the book by putting forth a novel solution to the foreknowledge dilemma that combines a non-standard A-theory with a Timeless God, a view they call Perspectival Fragmentalism (see, pp. 240-256) Their solution integrates Fragmentalism – the view that reality is fragmented, with each fragment “contain[ing] a privileged time (the present of that fragment), which determines the tense facts of that fragment” (p. 254) – with a perspectival semantics, where the indeterminacy of future tensed facts depends “not only on the instant at which it is evaluated but also on the perspective from which it is evaluated” (pp. 242-243). On Fragmentalism, neutrality (the thesis that there exists no privileged time) is affirmed, which distinguishes it from conventional A-theories.

De Florio and Frigerio’s model arguably address the foreknowledge dilemma given that indeterminacy (and free will) is retained, along with God’s foreknowledge of future contingents (all past, present and future fragments exist, similar to an eternalist ontology). In turn, the grounding problem is also impotent. That said, the authors move fairly quickly through their model, making it difficult at times to parse out some of the relevant nuances. Fragmentalism is a rather esoteric position, and its assimilation with perspectival semantics and a Timeless God – for a sufficient representation – to my mind requires more than the 15 or so pages the authors devote to the topic.

This point aside, it is hard to express the depth and intellectual rigor De Florio and Frigerio devote to their analysis of the problem of divine foreknowledge and human free will (especially in a short book review). Their work provides both the philosophical and theological communities with a crucial resource that will certainly aid future theories in resolving the foreknowledge dilemma. With a bit of work, the logical and metaphysical analysis done by De Florio and Frigerio allow the reader to grasp both the nature of the foreknowledge dilemma and the adequacy of the available solutions, better than any single text within the cannon of literature devoted to the topic.

Students in biblical and theological studies who are looking to get a better grasp on the problem of divine foreknowledge and human free will more specifically, but also, more broadly,  the exchange between temporal logical, the metaphysics of time, and the nature God, will find this book to be a valuable resource. One point that De Florio and Frigerio make clear and convincing: any solution to the foreknowledge dilemma needs to account for the nature of time. Consequently, the authors provide students with a proper framework to serve as a genesis for such an exploration.