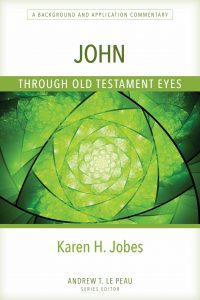 Karen H. Jobes adds to her long list of valuable contributions with John Through Old Testament Eyes. Jobes, who serves as the Gerald F. Hawthorne Professor Emerita of New Testament Greek and Exegesis at Wheaton College and Graduate School, provides an in-depth dive into the Old Testament background of John, including but not limited to extensive treatment of how John’s uses Old Testament texts and themes.

As a commentary, the monograph follows a typical style, although Jobes does not treat each verse individually. Jobes’s goal is not to provide a verse-by-verse commentary, but rather to show how the Old Testament influences John’s thought and to comment on passages that demonstrate that influence.

In addition to the commentary, Jobes includes discussions entitled “What the Structure Means,” “Through Old Testament Eyes,” and “Going Deeper.” These helpful sections usually offer a broader consideration of issues than commentary on individual verses would allow, and they often bridge the gap between scholarly exegesis and practical application.

Jobes’s commentary is precise, succinct, and accessible. While her focus is on the influence of the Old Testament on John’s Gospel, she also spends time discussing debated passages or thorny grammatical issues, including discussion of Greek syntax or textual critical issues as needed (e.g., her discussion of John 8:1-11 on pp. 149-50). The reader benefits from her expertise in Greek, especially her knowledge of the LXX. For a scholar who is known most widely for her work in New Testament exegesis, she demonstrates a keen sensitivity to Old Testament echoes, citations, allusions, and overall influence.

One example of her excellent treatment of the text is her commentary on the first miracle of Jesus, the turning of water into wine at Cana of Galilee. She includes discussion on important details such as the chronological difficulty of John’s statement about the third day in 2:1 (pp. 57-58), and the meaning of “sign” from the perspective of both lexical analysis and Old Testament background (p. 61). She places these details within John’s overarching design to show Jesus’s ministry as the initial fulfillment of many Old Testament messianic expectations and predictions (e.g., Isa 55:1-5; Jer 31:1; Joel 2:19, 24, 3:15; Am 9:13, see p. 59). The new wine Jesus produced was “a small tasting, a sign pointing to Jesus’s messianic significance” (p. 59).

Jobes notes that the signs of Jesus can be read on three levels: the level of the “unknowledgable” first reader; the level of biblical-theology with a full awareness both of Old Testament and first century context; and the eschatological-soteriological level that sees Jesus’s death and resurrection as the hermeneutical crux of the Gospel (see pp. 63-66). In general, Jobes sees Jesus’s signs as a means of confirming his identity as stated in the prologue and explicated in Jesus’s teachings (pp. 63-64), an identity which cannot be understood without reference to Old Testament predictions and antecedents.

The reader will no doubt find many gems in the treatment of individual passages, but two contributions of the book deserve particular attention. The first is Jobes’s contention that “The resurrection of Jesus was not only a historical event, it was a hermeneutical event as well. Without his resurrection and the coming of the Spirit Jesus’ life probably would have made little sense” (emphasis original, p. 81). Jobes understands John to be intentionally crafting his account with the resurrection of Jesus as the hermeneutical key. The original disciples could only understand the identity of Jesus, both as eternal Word of God and Israel’s Messiah, after the events of his life, death, and resurrection. John understood this, and so he structured his Gospel in such a way to foreshadow the resurrection from the beginning (e.g., John 2:19) and accentuate its significance after it occurred (e.g., John 20:31). Similarly, the fulness of Old Testament symbolism and prophecy is only possible to understand through the lens of the resurrection.

A second strength is Jobes’s recognition of the resonances of the Old Testament beyond direct quotations. As an example of this, in her treatment of John 3, Jobes gives significant attention to Jesus as the sheliach, the one sent of God. The sheliach deserved the full honor of and exercised the full authority of the one who sent him. Jobes notes that John 3 does not include a single specific quotation from the Old Testament, but still the Old Testament clearly shapes “John’s understanding of who Jesus is and the significance of his incarnation, death, and resurrection” (p. 94). The Old Testament is baked into the cake, as it were, of John’s worldview and authorial aims.

Jobes also highlights the importance of the temple and feasts in John’s presentation of Jesus. Indeed, Jobes comments in her conclusion, “Instead of quotations and direct allusions to the texts of the Old Testament, the beloved disciple employs images, metaphors, and the traditions of Israel that originated in the Hebrew Bible, especially those of the temple and the feasts” (p. 320, see also p.109). Jobes’s sensitivity to the broader influence of the Old Testament is refreshing, incisive, and perhaps a needed correction to the somewhat fashionable attempts to focus merely on one text’s use of another. Jobes does not engage in hyperbole when in her final words she writes, “Reading the gospel of John through Old Testament eyes makes all the difference” (p. 320).

Overall, Jobes’s contribution is substantial, both in terms of its quality and its accessibility. Scholars, students, and teachers of the fourth Gospel will greatly benefit from her work and will find this volume a helpful accessory to other commentaries. Jobes’s focus on the Old Testament background makes this commentary unique, as far as this reviewer is aware, among resources currently available. 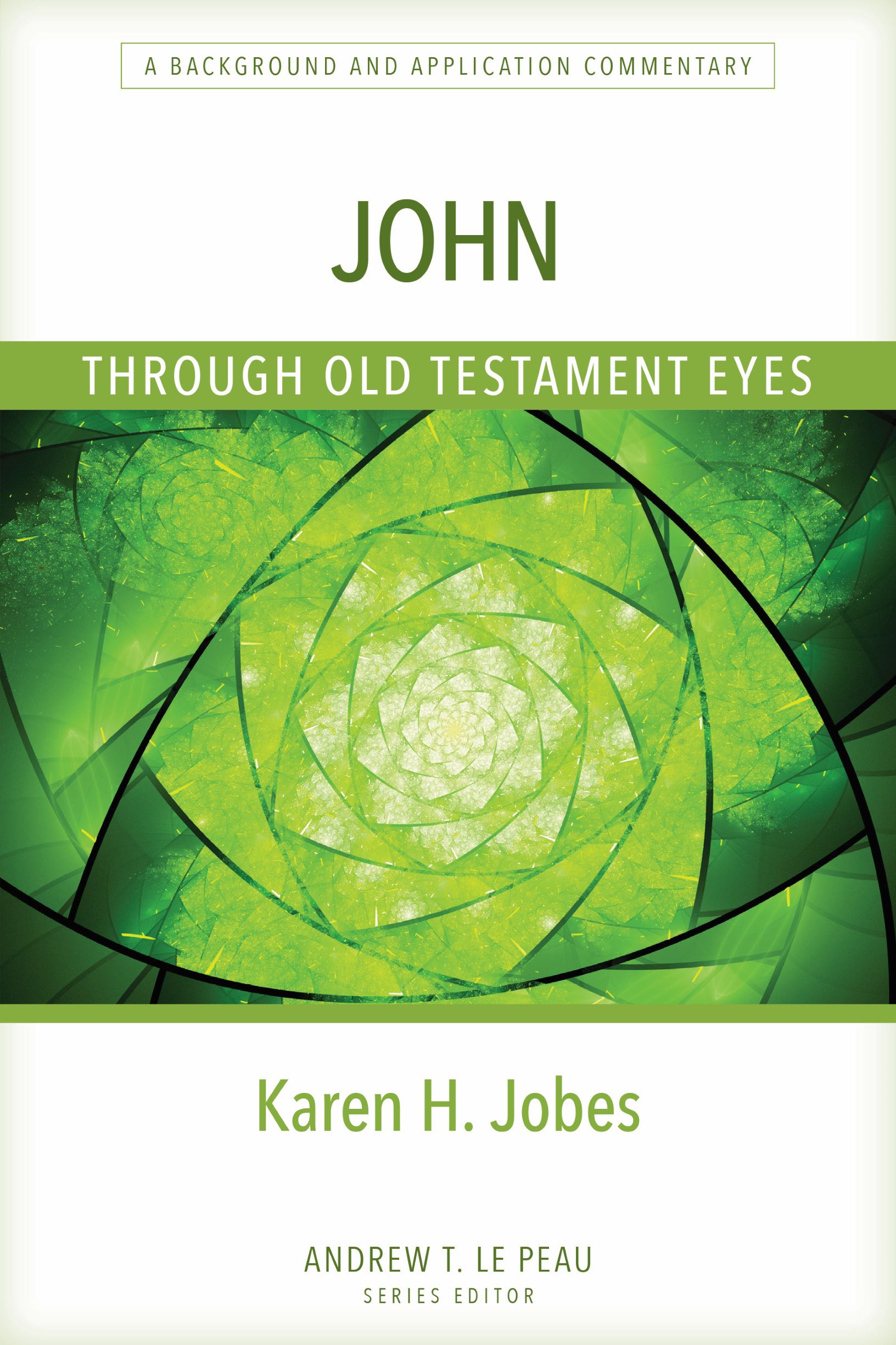