Nicholas Haydock with the International Fellowship of Evangelical Students provides a short study of 86 pages on “rest.”  He notes how the field of Old Testament theology has devoted scant attention to the concept of “rest” with two noteworthy exceptions.  Gerhard von Rad supposes there were competing understandings and applications of the concept of “rest,” while Walter Kaiser, Jr. considers both Testaments to present a unified view.  Haydock intends to trace how the theology of “rest” developed and progressed through ancient Israel’s history and to show how its essence remained the same.  He defines “rest” as “having a holistic state of being, freely given by God in accordance to his word” (p. x).  It is never achieved by human effort but always a gift from God.  Haydock seeks to demonstrate the thesis that ancient Israel held one coherent theology of “rest” that was central in Old Testament theology and distinct in the context of the Ancient Near East.

He begins with “rest” in the creation narrative and Genesis 2:1-3 where God “rested” on the seventh day.  Haydock notes that God’s “rest” never ends and considers it to prefigure the eternal rest to come.  Then he examines the story of Noah, whose name means “rest,” and sees Noah as a second Adam of sorts and the post-diluvian world as a type of the new creation.  Yet because sin remains, there is a tension, which calls for God’s future resolution.

Haydock stresses the contrast between the biblical view and that of the Ancient Near East.  He summarizes how the motif of “rest” was treated in the Enuma Elish, the Atrahasis epic, and the creation myth of the Egyptian city of Memphis.  In the general outlook “rest” is the outcome of the conflict between the gods and chaos in whatever form, and humanity exists to carry the workload of the gods and thereby give the gods “rest.”

The author provides a brief study of Sabbath-rest (Exodus 20:8-11), its uniqueness in the ancient world and eschatological overtones.  Just as “rest” belongs to God (Psalm 95:11), so also the Sabbath (Isaiah 58:13; Ezekiel 22:8; Nehemiah 9:14).  According to the promise in Isaiah 56, the experience of God’s Sabbath-rest will be enjoyed by Gentiles.

He discusses the Tabernacle and the interplay between God’s rest, his word, and his presence (e.g. Exodus 33:14).  The theme of “rest” is closely tied to the land as an inheritance (Deuteronomy 12:8-12; 25:17-19).  God promised to give Israel “rest” from the surrounding enemies.  This emphasis governs the portrayal of the conquest of the land in Joshua (21:43-45).  It is God’s freely given gift and yet only those who hear his voice enter it (Psalm 95:7-11).  According to Judges, after the military victory of each judge, “the land had rest for (x) years.”  That expression is repeated through the period up to Gideon and then disappears.  Here the “rest” is cessation of war.  While the period of judges was marked by repeated turbulence and enemy attack, God promised to David and with him Israel “rest from all your enemies” (2 Samuel 7:10-11).  Again, God establishes “rest,” not human effort.  In this connection the author notes that promise given in Isaiah 11:10 regarding the future new David.

The author considers the connection between “rest” and Purim in Esther (Esther 9:16-22) and sees it as having eschatological overtones along with the Feast of Tabernacles/Booths.  He concludes this survey with Chronicles where “rest” comes up fairly often.  Haydock states:  “The direction of the Old Testament continues to look forward to the coming eternal rest; a rest inaugurated by the coming king whose rule will be eternal and where warring nations will cease and turn to worship the living God” (p. 82).

By way of evaluation, Haydock does a nice job of bringing together the Old Testament texts that speak of “rest.”  He rightly emphasizes that “rest” is freely promised and given by God for Israel and also for the Gentiles, yet enjoyed only by those faithful to God’s word.  While the study makes a fresh contribution to Old Testament theology, I did not find some of it persuasive.  The author did not convince me that all the texts cited display one overall theology of “rest.”  Often he commits what lexicographers call an “illegitimate totality transfer” by downloading into one basket all of the statements using the vocable “rest.”  The word “rest” does not necessarily convey one general concept.  In this respect the study would have been stronger with more lexical work.  For example, the noun or verb “rest” implies “rest from something,” such as “rest from the attacks and raids of enemy nations” or “rest from war.”  His definition is too vague, “a holistic state of being.”  Moreover, certain key passages call for more exegesis, such as the promise in Isaiah 11:10, “and his resting place will be glory.”

In the conclusion the author suggests the need for further study of the New Testament on “rest.”  He helpfully points out that in Matthew 11:28-30 Jesus offers to give what only the God of Israel can give, the gift of “rest.”  In this connection one should also note the importance of Hebrews 3-4 on the theme of “rest.”  Haydock is to be thanked for highlighting “rest” in Old Testament theology.  He suggests that the Lord’s gift of rest “may well be a suitable way of presenting the gospel to those offering their busy lives to the idols of money and materialism in an attempt to earn rest” (p. 85). 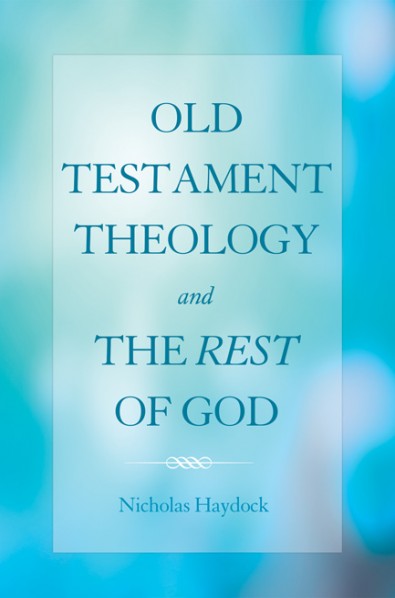