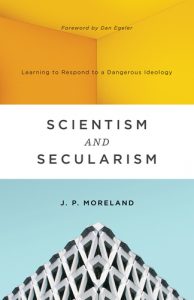 J. P. Moreland is a household name within contemporary Christian philosophy of religion, and has been one of the most important apologists for the last thirty years, particularly in terms of supporting Christianity’s compatibility with reason and natural science. This task has by necessity opposed Moreland to scientism, yet this present work is his first explicit, critical engagement with the position, building upon three decades of philosophical practice.

Moreland’s Scientism and Secularism is a well-timed work which purports to dissect and criticize scientism as an ideology central to the contemporary secular West. In providing a thorough critique of scientism as an epistemological position, it also provides us with an accessible summary of the basic project of Christian apologetics as it has taken form within the framework of modern analytical philosophy, as well as an important defence of first philosophy, particularly of the epistemic primacy of philosophy in relation to the empirical sciences.

The book is intended to be accessible to the interested layman, yet without unduly watering down the case being made. The work’s approachability lies both in the clear and concise presentation of the relevant arguments, as well as the familiar touch Moreland brings in with the personal reflections and exemplifying anecdotes he intersperses throughout the text.  These generally edify and help explain the case and do not detract from its analytical structure, which could easily have been the case in a less well-edited work. However, they also provide the book with something of a homiletic character that transports it outside the domain of pure philosophical argument, making the final result into a testimony which not only purports to criticize the errors of scientism, but also calls for a more thorough transformation of secular society as such. It is quite successful in the former sense, but tends to overreach in the latter.

With regard to its case against strong scientism, the work is exemplary. It recounts the plethora of decisive arguments against strong epistemological scientism which have been put forth during the last decades, and clearly portrays its incoherence as well as detrimental effects for a non-specialist audience. An additional critique of weak scientism, defined as a position that affords some epistemic space for non-scientific truth claims, while maintaining the supreme authority of empirical science, is also provided.

This latter critique is anchored in Moreland’s support for the primacy of philosophy and science’s inevitable dependence on extra-scientific presuppositions, and maintains that the totality of scientific presuppositions by necessity must presume the epistemic authority of philosophy, since they are based in principles of a philosophical character. Thus, empirical science, being derivative, cannot be ascribed supreme epistemic authority.  Still, proponents of the general supremacy of science do not really need to eschew philosophy’s epistemic authority. One can just as easily maintain that empirical science, as a set of institutions and a tradition of knowledge, supported by the necessary philosophical assumptions, generally speaking provides us with the best and most correct understanding of reality as such, and that extra-scientific traditions of knowledge therefore ought to be compatible with science and the philosophy that supports it.

Notwithstanding Moreland’s incisive critique of methodological naturalism (pp. 162-171), the more nuanced position that science is the best tradition of knowledge we have given the necessary truths philosophy provides, and that extra-scientific traditions therefore ought to conform to science as far as possible, takes a bit more to defeat, and could possibly survive Moreland’s direct theoretical objections presented.

This issue could fruitfully have been addressed by a more thorough general critique of scientism as a complex worldview with its associated myths and narratives, rather than merely as an epistemological position, strengthening the case in association to the more general problems associated with scientism as a secular ideology. Such a broadened understanding of scientism could also have been a useful bridge towards the critique of secularism Moreland also wants to provide, but does not quite substantiate—save for the interesting arguments for a basic integration of religion and science presented from page 181 and onward.

While presenting a good case against scientism as an epistemological position from the point of view of modern analytical philosophy, as well as a forceful critique of the principle of methodological naturalism (Moreland ingeniously asserts that methodological naturalism, insofar as it must accept agent causation, cannot in principle rule out divine action [p. 166]) the work is to some extent weighed down by the author’s insistence on presenting intelligent design as a preferred alternative to not only secular cosmologies, but theistic evolution as well. Moreland does not provide significant support in this regard (while doing so in other works), and the defence of evolution-excluding intelligent design is in this context strictly unnecessary for his critique of scientism. Nor does Moreland engage extensively with the variants of theistic evolution that are currently debated. The anti-mechanistic Artistotelian-Thomistic variant of theistic evolution in particular, would for instance entirely evade the central criticism Moreland here provides, a criticism which is based in a supposed bracketing of divine action with regard to the processes of nature (cf. Austriacio, Nicano Pier Giorgio, et al, Thomistic Evolution [Providence, RI: Cluny Media, 2017]).

As it stands, the book is a highly useful and detailed overview of the basic problems of strong epistemological scientism, and will effectively enable the reader to profitably engage with more detailed explorations of the field, such as Stenmark’s Scientism (New York, NY: Routledge, 2018) or classics such as Feyerabend’s Farewell to Reason (London: Verso, 1987) or Lakatos’ and Musgrave’s Criticism and the Growth of Knowledge (Cambridge: CUP, 1970). It provides decisive support for the epistemic primacy of philosophy as well as for the rational respectability of theism, and presents an accessible and detailed introduction to Christian apologetics in the modern analytical tradition. The two main drawbacks are its insufficiently supported criticism, and call for transformation of, secular society, as well as its superfluous and not fully substantiated advocacy of intelligent design. The risk is that these flaws may be heavily targeted by critics, with the result that this important book might not be judged upon its true merits, but rather disregarded as an insufficient and clandestine case for creationism. 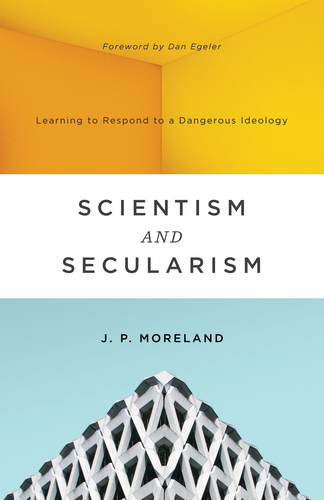