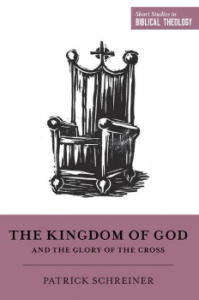 Schreiner follows a Hebrew arrangement of the Old Testament and offers summary statements seeking to encapsulate each division’s (Law, Prophets, and Writings) message concerning God’s kingdom (p. 24). Schreiner summarizes the Law’s teaching on the kingdom as “reviving hope in the kingdom.” Contrary to what is often thought, the theme of kingdom did not originate with Jesus in the Gospels or even with the rise of the Israelite monarchy. Instead, as Schreiner argues, the theme of kingdom originates in the initial chapters of Genesis. God created (power), Adam and Eve (people), to be his king and queen over creation (place). This kingdom plan quickly becomes corrupted, however, and thus hope in this kingdom must be revived. This revival of hope in the kingdom comes from God’s promises to Abraham (Gen 12:1–3), his creation of a kingdom of priests (Exod 19:6), and that kingdom’s (often tenuous) journey to the Promised Land. Schreiner summarizes the Prophets as “foreshadowing the kingdom.” Although God brings (power) Israel (people) into the Promised Land (place), this is not an inauguration of the kingdom but a foreshadowing of the true kingdom. Furthermore, the prophets place faith in a coming Davidic ruler who will realize the kingdom. Schreiner summarizes the Writings as “life in the kingdom.” These books give a poetic picture of life in the kingdom” (67). “Life in the kingdom” is established by acquiring wisdom, fearing the Lord, and suffering righteously. The Writings conclude by anticipating a return from exile led by the messianic king.

Schreiner makes a compelling argument for the centrality of kingdom within every part of Scripture. Without a doubt, his presentation of God’s kingdom as consisting of power, people, and place will aid readers in seeing the pervasiveness of this important topic in Scripture. Additionally, his stress on the narrative foundation of the kingdom theme will help readers who tend to abstract much of the Bible’s message into a sovereignty lesson.

There were a couple of things which I felt could have been potentially misleading to the intended audience. First, although I am not an expert in the Gospels, Schreiner’s depiction of each Synoptic Gospel as emphasizing a particular aspect of his kingdom definition felt somewhat contrived to me. To his credit, Schreiner does acknowledge that each Gospel contains all three aspects and that his presentation was one of emphasis, but since this is the case, I think it would have been more effective to show how each Gospel contained a full expression of the kingdom as Schreiner defined it.

Second, given that this series is directed towards an audience with no theological training, I wonder how necessary it was for Schreiner to emphasize the importance of people and place over power. Schreiner certainly does not ignore the power/rule aspect of the kingdom, but he does seem to favor people and place on multiple occasions. While I would agree with his general assessment that power is often emphasized at the expense of people and place (especially in some evangelical circles), I am not certain that addressing this imbalance in a book directed to a non-theologically trained audience will prove to be helpful. On a related note, in a few places, Schreiner seems to assume more theological background from his audience than he should. One instance I have in mind is when he refers to Adam and Eve as “priest” (38). Schreiner (rightly) shows that Adam and Eve are depicted as royal figures (30–31) but does not argue for their “priestly” role. He does mention that they were to “work” and “keep” the garden, which is an important indicator of their priestly role, but he does not make this connection explicit.

Despite these critiques, there is no reason to deny that Schreiner has written a tremendously helpful guide to the theme of kingdom within the Bible for the theological non-specialist. Average church members and even many theologically trained pastors (especially those who have abstracted this theme) would benefit from this study. 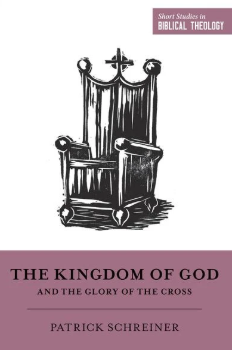