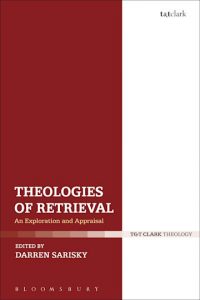 The present anthology is an essential read for those interested in the question of how classical texts within the Christian tradition can and should be theologically “retrieved” for the contemporary theological task. The volume’s editor, Darren Sarisky, previously served as Departmental Lecturer in Modern Theology at the University of Oxford before taking up his current post of Senior Research Fellow in Religion and Theology at Australian Catholic University’s Melbourne campus. Sarisky has done readers a great service by gathering a star-studded cast of scholars to guide readers through the thicket of representative figures, movements, and types of theological retrieval that have become prominent in the twentieth and twenty-first centuries.

In his introduction to the volume, Sarisky rightly distinguishes between correlation and retrieval theologies—the “two main ways” that Christian theologians tend to engage with the present situation (p. 1). Whereas the former seeks “to correlate elements of the Christian tradition with aspects of modern culture” in a conversational manner for sake of helping the Christian message stay intellectually relevant, the latter is “less concerned to secure the plausibility of Christian theology … and more focused simply on attending to, indwelling, and commending what they take to be the most compelling articulations of the Christian gospel” (pp. 1-2). In curating these selected essays into a single volume, Sarisky aptly notes that theologies of retrieval are more “a set of overlapping concerns and substantive commitments” rather than “a monolithic system” or “well-defined school of thinking” (p. 5). The “exploration” and “appraisal” of such theologies here is thus meant to “further develop and refine theologies of retrieval,” so as “to nudge the whole debate forward” (p. 5).

Despite the fact that the exploratory essays offered in part six are editorially branded by Sarisky as “test cases” for retrieval (p. 4), they come across as being heavily correlationist in tenor. This is because in this part of the volume, Brian Bantum, Ruth Jackson, and Gavin D’Costa respectively reflect upon theological retrieval’s relevance for “untraditional” conversations such as mulatto theology, gender and theology, and Christianity’s relationship to other religions (e.g., Roman Catholicism’s relationship to post-Holocaust Judaism) (chs. 15-17). Through what can be interpreted as an implicit suggestion regarding the methodological potential of a marriage between retrieval and correlation—or, better yet, retrieval as correlation—it is here in part six that the volume is at its most innovative and critically constructive. Bantum, for example, asks: “Is not Christian existence itself a retrieval project, a return to Judaic sources and structures while also reimagining them in their contemporary moment?” (p. 262). In furthering this point, Bantum seeks to relativize “traditional theologies” while elevating the status of “so-called ‘contextual’ theologies” by way of intentionally politicizing the crucial “question of which structures get retrieved” (pp. 262-63). Bantam then proposes that “theological retrieval in our racialized moment requires a mulattic theological mode” over against “reclamation of the Nicene Creed or orthodox formulations” as have normally been typical of the retrieval tradition (p. 263). Along such lines, a key source of retrieval for Bantum’s mulattic mode is the ubiquitously evil black experience of plantation that “does not allow us easy resolutions” (p. 275). Instead, such an experience serves as a signal “that we cannot be ‘post’ anything (racial, gender, Christian, liberal)” (p. 277).  Rather, “we must navigate the world, our bodies, our histories as they are, confessing the ways white supremacy has so deeply distorted our sight, while also negotiating the ways in which our lives are bound together” (p. 277). Further, Jackson, focusing in an arguably correlationist manner on gender’s relation to retrieval theology, adds to this kind of engagement through her asking of “how a retrieval approach to theology might work when concerns about gender become prominent,” particularly when not occasioned in reaction to “androcentric norms” (p. 288).

After seventeen exploratory chapters, the book concludes in part seven with only two “Critical Appraisals” via William E. Myatt’s essay on David Tracy’s critical theology of retrieval (ch. 18) and Martyn Percy’s pessimistic essay on the relatively recent “recovery” of the church’s healing ministry within charismatic circles (ch. 19). First, even Myatt’s essay can be seen as being more exploratory than appraising, as Tracy’s work—typically received as critical of retrieval theologies—is effectively reframed as its own critical type of retrieval theology (p. 330). Second, whether or not Percy’s argument rests upon hermeneutical assumptions which some will find ideologically dubious, Percy’s essay seeks to disavow one retrieval movement by way of its own act of retrieval. Percy’s liberationist insistence that Jesus’s miraculous works in the Gospels were intended to rectify the concrete political, religious, and societal injustices that underlay disadvantaged social groups is noteworthy. After all, it is on this basis that Percy claims the 1980s Signs and Wonders movement should not be described as a true instance of biblical “retrieval” (as its proponents have attested) but should instead be seen as a theologically suspect “bourgeois spiritualization of divine power” for middle-class individuals who are already healthy and wealthy (see pp. 337, 350).  Alas, since neither Myatt nor Percy are really engaged in the critical task of appraising the “Theologies of Retrieval” movement as a whole, the promise of “appraisal” made by the book’s title ultimately goes unfulfilled (unless, of course, we consider Bantum’s and Jackson’s exploratory chapters as inadvertently fulfilling this role by way of their subversion of retrieval’s traditional categories).

Sadly, there is no concluding editorial chapter to inspire next steps for readers. Even so, serious students of theology (new and old) will find much to gain and appreciate throughout the entire volume. The book’s employment of first-rate scholars to impart a thorough exploratory summary of the most important theologies of retrieval to date means that readers of this work will be well-equipped through it to directly engage the continuing conversation surrounding theological retrieval, both in general and in detail. 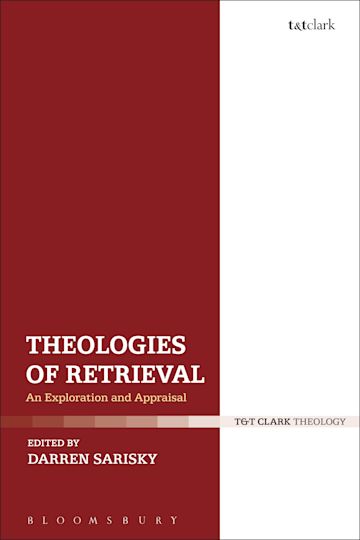