Matthew R. Miller serves as a Chaplain at Westover Air Force Base, MA 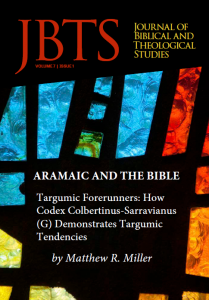 Before Targumic texts existed, the Septuagint (LXX) was translated in Alexandria. This translation of the Pentateuch from Hebrew to Greek was the first of its kind and literally the stuff of legend.[1] It is a well-known problem in Old Testament textual studies that the LXX translation does not align exactly with the Hebrew Masoretic Text (MT) standard today.[2] The differences between the LXX and MT raise several questions: 1) are the differences due to different idioms? 2) is there a theological motivation behind the differences? 3) was the LXX translated from a Hebrew Vorlage that is different from the MT?

Since most in the Early Church did not know Hebrew, they assumed the priority of the LXX over the Hebrew Scriptures, believing that God had given the LXX to the Early Church in his providence.[3] These problems were not unknown in the Early Church, however. They were not fully documented until Origen’s work on the Hexapla. Origen was distressed by the lack of agreement he noticed between the church’s Bible and the Hebrew text of his day.[4] He took it upon himself to create a columned Bible—the Hexapla—to provide the material to produce a new recension.[5] He used an asterisk (※) to mark Greek text not originally in the ecclesiastical Greek text but corresponding to the Hebrew Vorlage, and he used the obelus (÷) to mark Greek text without correspondence to the Hebrew Vorlage.[6]

The passages marked with an obelus are the present focus, since these usually note text that was added in translation. The obelized material demonstrates interpretive tendencies that are  common with the Aramaic Targums. The source for the present study is Codex Colbertinus-Sarravianus (G).[7] Documenting all of the obeli is outside the scope of the present study. I will focus on three passages that demonstrate Targumic patterns most clearly: Numbers 14, Numbers 17 (16), and Deuteronomy 15:2.

Before exploring these three passages in detail, it is necessary to show the benefits of limiting the present study to one Greek manuscript. Also, an overview of the general Targumic tendencies will help orient the reader to the patterns in the passages.

[1] For discussions of the Letter to Aristeas, see common LXX introductions such as Henry Barclay Swete, An Introduction to the Old Testament in Greek, ed. Henry St. John Thackeray (Cambridge: Cambridge University Press, 2009); Natalio Fernandez Marco, The Septuagint in Context: Introduction to the Greek Version of the Bible (Boston: Brill, 2000); Jennifer Dines, The Septuagint, Understanding the Bible in Its World (New York: T & T Clark, 2004).

[5] For a defense of this understanding of Origen’s work, see Miller, The Aristarchian Signs. 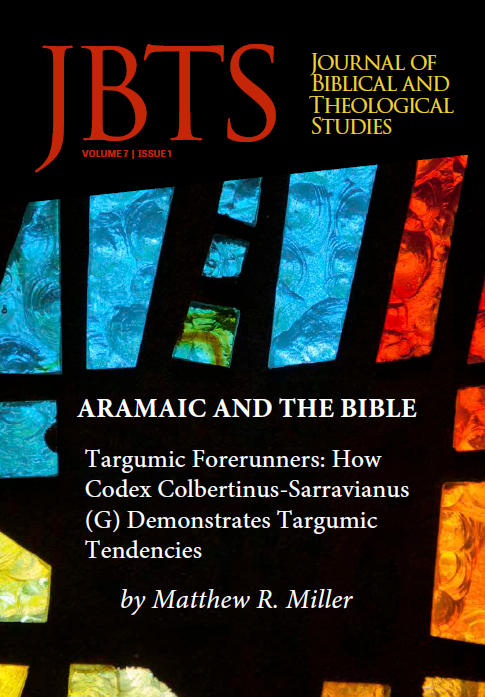